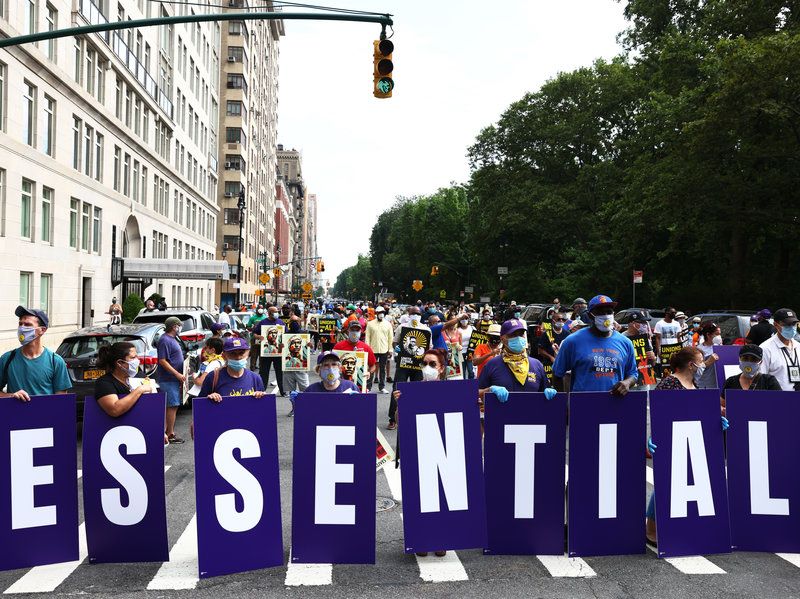 On the 25th of October E.A.S.T. (Essential Autonomous Struggles Transnational) had its first public assembly. About 70 women, workers, migrants, activists participated from several countries: Central and Eastern Europe, Turkey, Georgia, the Balkan route, Italy, UK, Germany, and USA. Starting from different conditions and struggles during the pandemic, we discussed how to break isolation in a moment when women, migrants, and workers are supposed to put their lives and health in danger, to ‘naturally’ fill the gaps of collapsing healthcare and welfare, to work interminable shifts or have their wage cut in order to reconcile working at home and outside, while being left without state aids and documents. We published a common statement signed by dozens of collectives to stand together with Polish women who went on strike for freedom of abortion, saying that the attack on women is a way to consolidate hierarchies and divisions. The strike was a success: hundred thousand of women took to the streets showing their ‘essentiality’ and the Polish government did not go further with the abortion ban.

We know that our struggle cannot stop and we want more people to join it, recognizing the need of a transnational initiative which starts from (but is not limited to) the East, from which most devalued but essential labor that sustains production and reproduction in Western Europe comes. Therefore, we call for a second public meeting on November 29th. We want to hold the meeting in the week of the International day against male and gender violence and following the Transgender Day of Remembrance because we know that these days have been crucial for the global feminist movement in its attempts to visibilize structural violence. This year we have been witnessing yet another increase in domestic violence, exploitation of essential workers in hospitals, houses, workplaces, and institutional racism. Violence against women, migrants, and lgbtqi* people interlock with racism and exploitation thus reproducing hierarchies in the pandemic society.
On November 29th we take the stage to strategize together transnationally, building on the ongoing essential struggles of nurses, cleaners, teachers, migrants, women. We want to discuss how to realize an essential strike acknowledging that it is an ambitious challenge because of precarity, fragmentation, national divisions, informal conditions, legal obstacles and visa requirements. We want to imagine how to take back the weapon of the strike to oppose violence by interrupting production and social reproduction, including the essential labor which allows the society to survive during the pandemic.
We want to deepen our political communication and step up the fight around the following issues:
How to connect transnationally struggles against patriarchal, racist, capitalist violence in the pandemic? How to build shared analysis and claims?
What is missing and what is needed to organize an essential strike against violence in all its forms? How to reach out to essential workers who are under the blackmail of the wage and residence permit? How to overcome legal obstacles, national divisions and unions’ sectors?
How to start developing common discourses and practices that will eventually culminate in the global date of March 8th?
The meeting will be hosted on Zoom and streamed online on the Facebook page of this event. More info on how to participate will follow on this event page. Link to the facebook event: https://www.facebook.com/events/854930955251218
*******
Check the video of the first public meeting: https://upload.facebook.com/watch/live/?v=822775181813892
Check the statement on Polish women’s strike: https://www.transnational-strike.info/…/our-strike-is…/