Call for a Transnational Day of Action on July 1st: Stop the Patriarchal Attack! Rise up for the Istanbul Convention! 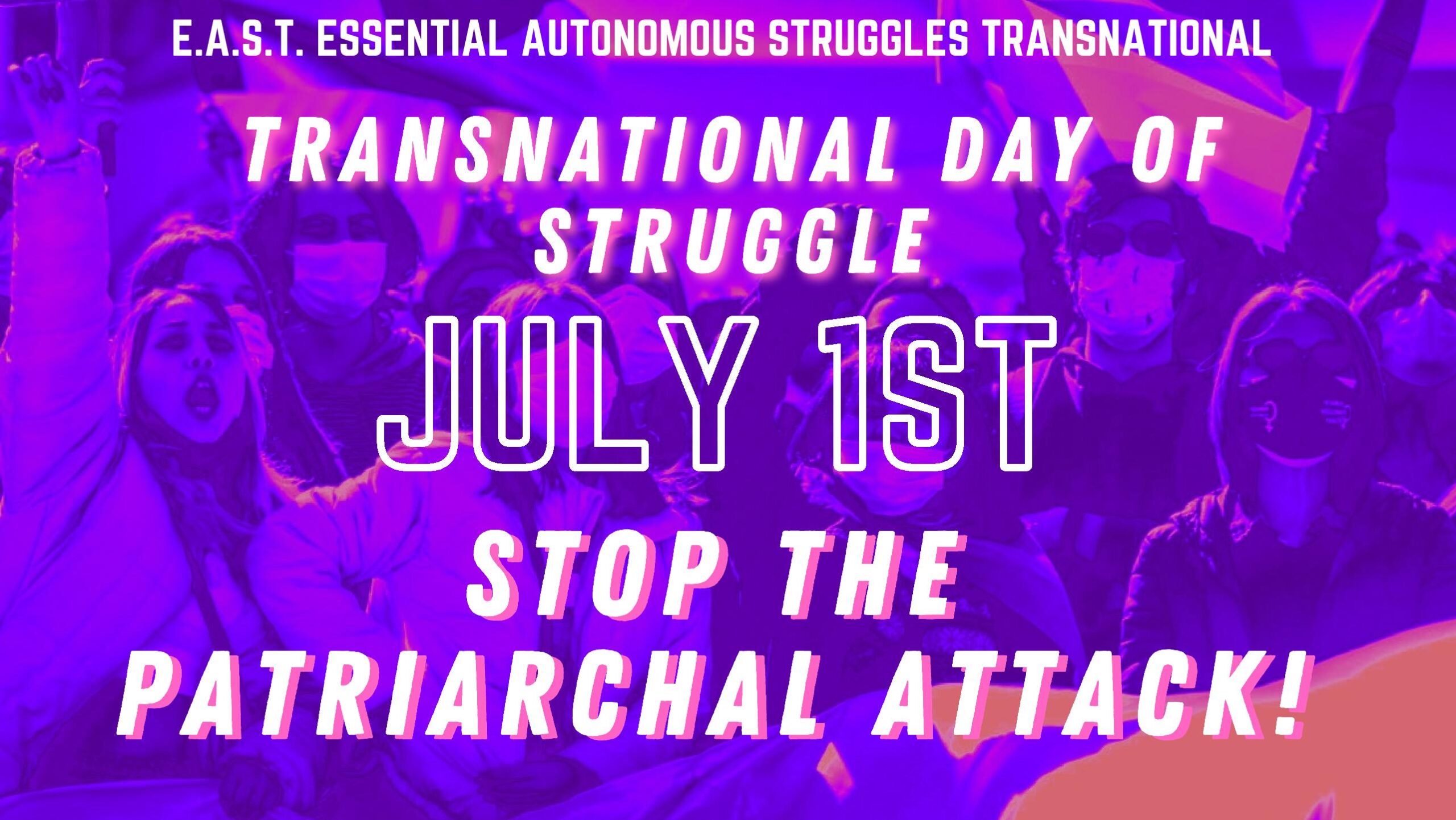 Erdogan’s decision to pull out from Istanbul Convention on combating violence against women is a war declaration sent to all women and LGBTQ+ people around the globe: patriarchal and state violence is a private issue that shall not be combated and women shall be beaten up, killed and raped; sexual freedom shall be repressed because this is essential for protecting the idea of the traditional family and maintaining social order.

On July 1st 2021 Turkey’s withdrawal from the IC will be official. That day will be a day of struggle and strike all over Turkey. But this is not enough: we want to turn July 1st into a global day of struggle to respond with a common uprising to the patriarchal attack we are experiencing everywhere.

By withdrawing from the convention, Erdogan wants to ensure that domestic and state violence against women and LGBTQI+ people – which increased with the curfew imposed after the withdrawal – and officials’ tortures, sexual abuses and imprisonments of the Kurdish women and children go without consequences. The EU turns a blind eye on all this as long as Erdogan’s regime will keep asylum seekers outside EU borders.

Turkey’s withdrawal from the IC is not isolated. The IC is being dismissed all around Eastern and Central Europe. In Poland an alternative convention is being written by those same forces that have almost completely banned abortion at the end of last year. From East to West, from North to South governments are using the pandemic as an opportunity to put women back in the social roles that women themselves are contesting: at home, taking care of the family for free, and exploited and overworked in underpaid and undervalued essential sectors such as (health)care, sanitation, logistics, agriculture, cleaning. The more visible it becomes how essential our work is, the more our freedoms are being attacked.

We don’t buy the lie according to which the EU is the bulwark of gender equality, because the EU tolerates and even promotes patriarchal violence thanks to its border regime, police violence, institutional racism and the blackmail of the residence permit. Governments everywhere are carrying through with patriarchal policies:

– to hinder divorce, even with violent partners, and undermine alimony rights;
– to defund women’s refuges;
– to grant racist child allowances which foster the exploitation of other women and exclude migrant women;
– to diminish the freedom of abortion or practically ban it;
– to criminalize LGBTQI+ people;
– to repress (anti-government) protests;
– to evict people from their homes and segregate entire communities, mostly poor and Roma on the outskirts of cities in toxic conditions;
– to allow and legitimize rapes and tortures against migrant and refugee women.

On July 1st we want to shout that the fight of LGBTQI+ people for sexual freedom and against criminalization and the struggle against patriarchal violence against women is a common transnational struggle for the subversion of the neoliberal and racist reproduction of patriarchal society. Inspired by the global feminist strike, by struggles taking place from Poland to Argentina, by the force of feminist demands in the popular revolts in Latin America, from Colombia to Chile, and by women’s daily fight against male and state violence we call everyone to stand together on July 1st with those fighting in Turkey. We call everyone to mobilize against the way in which from Europe to Latin America and beyond the pandemic and its aftermaths are managed at the expenses of women, LGBTQI+ people, migrants, Roma people and essential workers.

On  May 23rd E.A.S.T. is organizing an online working meeting to coordinate the transnational day of action on July 1st. We invite all activists, workers and organizations who share our understanding of the need for collective actions to oppose patriarchal violence to join us for this meeting. There we will  discuss how to mobilize together, which practices we can share, which common slogans can resonate on a transnational level.

To participate, please send us an email where you briefly introduce yourself and/or your organization to essentialstruggles@gmail.com or fill in this form: https://docs.google.com/forms/d/e/1FAIpQLSeSjIeLJD31rV1QFin5E3LJ-7xz4TH8zC2Y0E7qPWVfkIIG1A/viewform?fbclid=IwAR0Jbg-5Ie0ND2VGZpRPoUwpGdCPQlDpgKPIbOuT1PpEm60udlip8p2uSgA