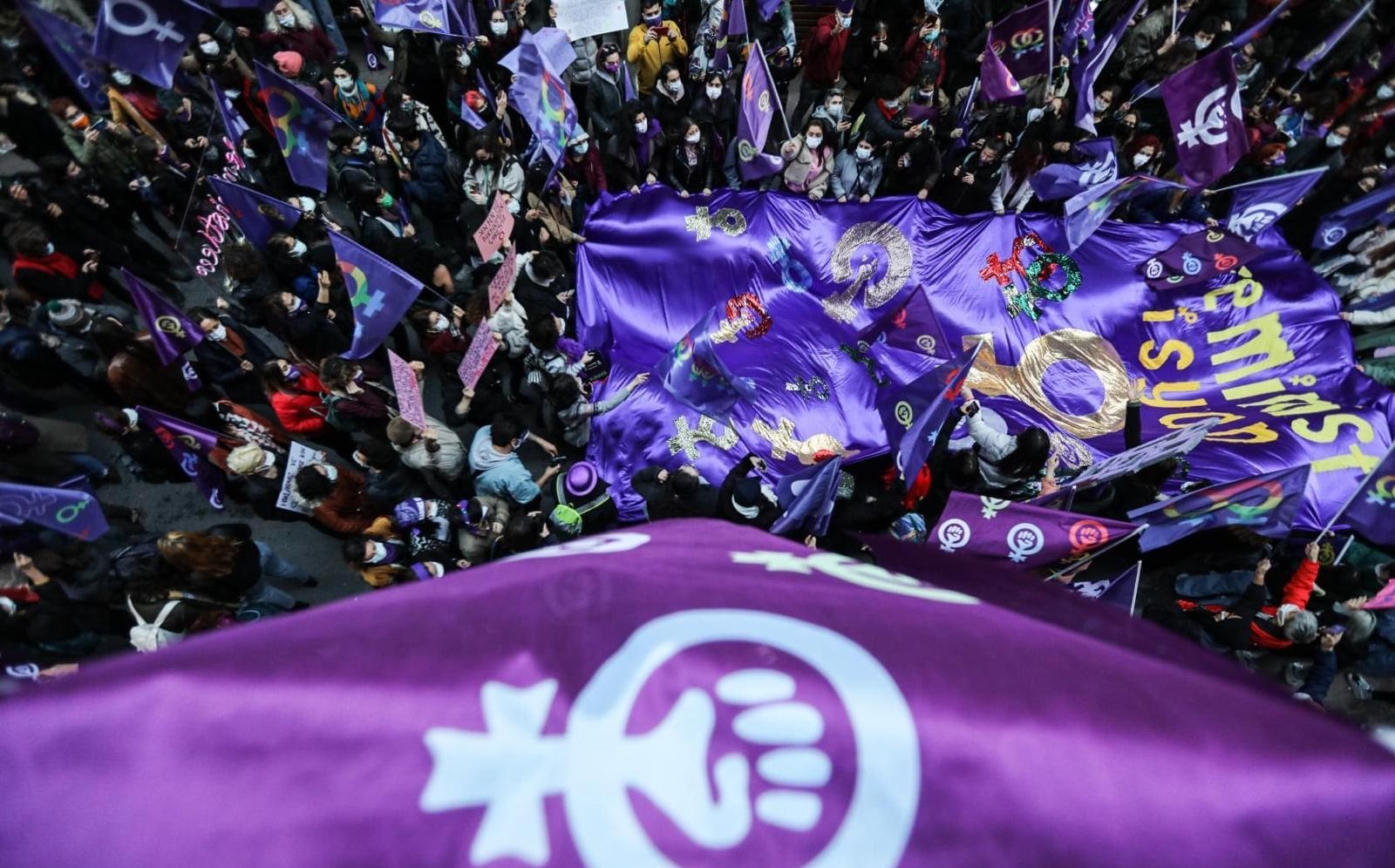 After Erdogan’s recent decision to pull out from Istanbul Convention on combating violence against women, women have massively taken to the streets in Istanbul shouting: “we will not be silent! We are not afraid! We will not obey!”

Women in Turkey know that the withdrawal from the Istanbul Convention is a clear attack on them, who have not been silent and have refused to be quiet victims of patriarchal violence, exacerbated by the pandemic. The simultaneous accusations on LGBTQIA+ people of dismantling traditional family show that the legitimation of violence against women goes hand in hand with the reactionary aggression against sexual freedom: no one should dare to question the family roles. The Turkish government is not alone in this desperate attempt to put women back to their supposed place, to have subordinated women, docile mothers and caregivers, expendable workers in the house and in the workplaces, to remove migrant women’s chances to escape rape and tortures, to criminalize LGBTQIA+ people who practice their freedom to live outside of traditional patriarchal roles and duties. After having almost banned abortion, triggering a massive uprising, on March 30th Polish Senate is voting on the project of an alternative convention that prohibits abortion and homosexual marriage, and that should be presented to other Eastern European countries. In Hungary, Orbán has taken advantage of the pandemic to reject the ratification of the Treaty, while in Bulgaria the Istanbul Convention was declared unconstitutional already in 2018, in the Czech Republic, Slovakia, Latvia and Lithuania, among others, it was never ratified. While the EU is presenting itself as the bulwark of gender equality and LGBTQIA+ rights against the “uncivilized East”, male and state violence has been on the rise during the pandemic everywhere, and also in countries having signed the Istanbul convention governments are defunding organizations that support women fighting against violence and are attacking women trying to make them stick to their role of essential workers, who keep society afloat. In fact, in most EU countries the ratification of the Istanbul Convention is a facade that hides governments’ complicity in perpetuating structural violence against women. The EU regulations on migration and asylum, including the new Pact on Migration and Asylum, are designed to make it difficult for migrant women to escape violence and subject them to any kind of male and state violence on their way to Europe.

The EU and its member states are not taking any action against those social conditions which produce violence against women. They rather favour, intensify, and promote a precarization of their lives that takes away from them any material possibility of escaping violent situations.

Against this open attack on women and LGBTQIA+, that has at the forefront many countries in Central and Eastern Europe who hopelessly wish to reestablish a patriarchal and traditional order, we think it is necessary to build a transnational response. To empower and connect the struggles against violence and oppression, to share tactics, and organize transnationally, we want to invite all to a public online assembly on April 11th.

To take part in the assembly please register here: https://forms.gle/a9xZ3tgvYBfukyjRA