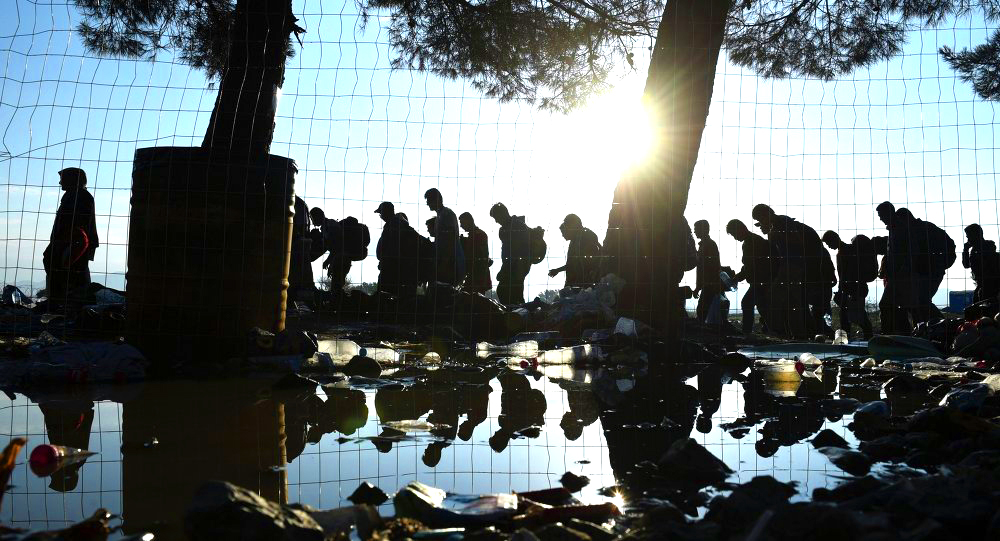 After being in Poznan, a crucial junction in the European restructuring of productive organization towards East; after being in Paris, when the struggle against the loi travail and its world agitated the strike as a mass practice of convergence; after being in a post-Brexit London, where migrants and natives engaged in bringing to light the inescapable transnational dimension of society, the Transnational Social Strike Platform will meet next May in Ljubljana, a key political point along the so called Balkan Route. The reason to be in Ljubljana is for us clear: a transnational process against exploitation and neoliberalism today needs to deepen the connection with the mass movements of migrants and face the ongoing political reorganization of the European space. Migrants, entering Europe across the Mediterranean Sea and through the Balkans, overcoming its several borders, have changed Europe as a whole: from East to West, from North to South. They exercised a determined pressure opening the Balkan route and filled it with solidarity and social action which reached beyond the increasingly guarded and impenetrable borders. Migrants’ movements have also brought about a legal and administrative restructuring throughout all Europe with the intention of governing their mobility in the name of social security, for the sake of profits. By practicing their freedom of movement and by striking against the several borders imposed on them, hundreds of thousands showed us new possibilities of resistance against the Europe of neoliberalism and institutional racism.

As a reaction, in the last two years, high wire fences were erected across borders, stricter border control was introduced, political speech referring to the state of emergency has gained wings by exacerbating the rhetoric of fear of the foreign and the other, and the public debate is mostly focusing on the security measures. At the same time, neoliberal reforms and projects for infrastructure development want to turn the very same region into a hub for global trade and exploitation. Against this reality we cannot fail to recognize that deprivation of rights not only befall refugees and migrants in a specific way, but that a common trend of precarization, cuts in social expenses, worsening of wage and working conditions is ongoing at the expenses of precarious and industrial workers throughout Europe. We can say that we all have become migrant workers. By portraying refugees and migrants as the external enemy, the authorities keep precarization, austerity measures, corruption, the diminishing of social rights, and the decline in working conditions well out of our focus. Behind the violence of barbed wires many throughout Europe fight their daily struggles to survive a citizenship that does not guarantee satisfactory inclusion into the social rights , jobs that do not guarantee  fair pay, work that does not guarantee a better life.

We are convinced that an autonomous initiative which aims to storm the present should escape the opposition between Europe as a neoliberal space and the return to the Nation State as a possible solution to the current crisis. If we wish to turn Europe into our battlefield, we have to translate the solidarity with migrants expressed all across Europe and the new transnational circulation of the strike as a means to open up new fronts of struggle, into an actual political process. What we need is that all those who are subjugated to the different kinds of exploitation recognize themselves as part of a common path. While we fight for the freedom of movement we must recognize that the “politics of welcome” concern all the workers (on the level of housing rights, pay, unpaid work, other social income, and the right to reside).

We, migrants, refugees, unemployed, precarious workers, and industrial workers, live in a deep social crisis. In Europe, there is “us” and there is “they”; yet the opposition is not between democracy and terror, but rather the exploited and the exploiters; those who move in search of a better life, and those who build walls, obstacles and fences. Let’s turn the “emergency state”, which in the hands of the governors is an excuse for implementing extraordinary measures, into an occasion to build alliances and spread insubordination.

The Transnational Social Strike Meeting, taking place between 19th and 21st May 2017 in Ljubljana at Autonomous factory Rog, will address the divisions we are being forced into. We will discuss the centrality of the Balkan region for the whole European space and continue our reflection on how to find common terrains for our transnational initiative. We will bring a step further the project of building a political infrastructure which helps to organize across the borders and bring together the multiple experiences of insubordination against neoliberalism within and without the workplaces, in order to make the difference in the existing scenario of social crisis.

The workshops and discussions will address multiple terrains of struggle, trying to establish a political communication among the struggles regarding migrations, freedom of movement, social and worker’s rights, global women’s strike, logistics and the reorganization of production, rights to a decent life, militarization of society, student problems, as well as other social issues.

The meeting will be organized in the form of workshops, assemblies, and plenary sessions. It will start at 6pm on Friday 19th and end at 2pm on Sunday 21st of May. The detailed programme, workshop’s descriptions, the registration form, with info for travelling to and from Ljubljana and for finding cheap accommodation will be published in the following days.

For more information, write to the e-mail address: tssljubljana@gmail.com