From Within the Strike Movement. Building a Political Infrastructure for the Coming Struggles 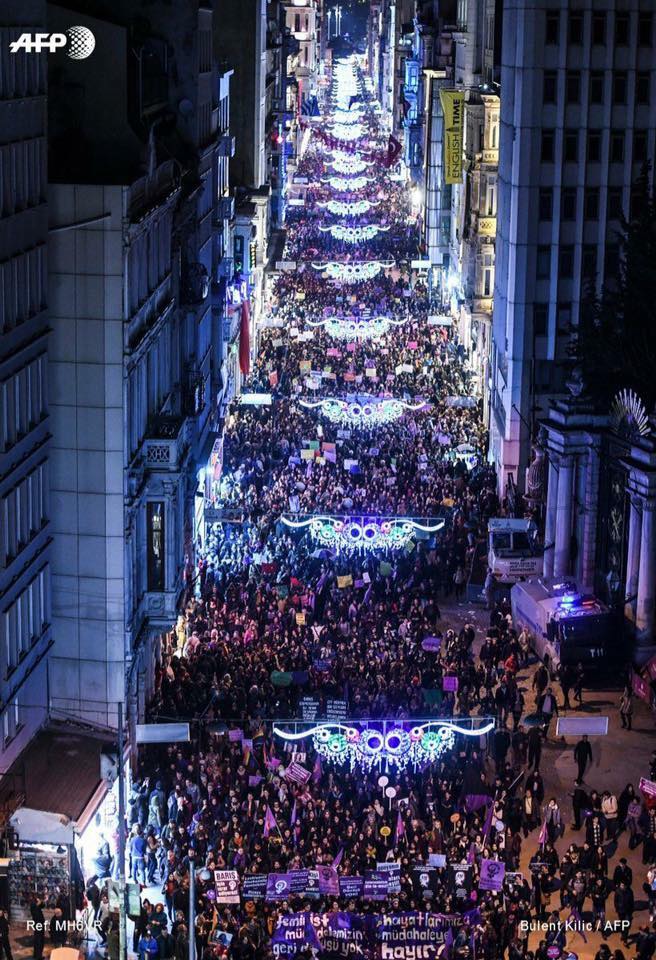 Since 2008, social movements have wrestled with ways to overcome the limits placed upon modes of organisation developed in response to the rapid transformations in the economic, social and political fields. A variety of struggles against the neoliberal order have been going on in the last years: from the anti-austerity movements to the resistance at the borders, from the insubordination inside the workplaces to the occupation of squares.

What we have seen more recently is the powerful reemergence of the strike as a central antagonistic form through which precarious, migrants and industrial workers, women and men, are taking action. The strike has become the way to link previously dispersed struggles, by invading the squares as well as the workplaces, by connecting the opposition to the neoliberal institutions and the borders’ regime with the refusal of exploitation and sexual division of labor. This renewed presence of the strike has recently become visible in the French movement against the Loi travail and its world, in the proposed call for a ‘general strike’ against the Trump administration, in the «days without migrants» in the US and the UK, as well as in the women’s strike in Poland and Argentina and then in the first global women’s strike of last March 8th, which put on the stage the strike as a feminist mass practice all over the world.

The strike remains a bargaining tool in daily labour disputes, but it becomes something more when it is part of a social and transnational movement. What we see is that the strike is becoming political as it is no longer confined to either a work category, the wage, a workplace, a sector or indeed a nation. It is becoming social as far as it recognizes the need to connect struggles concerning wage and working conditions, welfare rights and freedom of movement, by attacking exploitation in all its forms. It is becoming transnational because transnational is the scale on which both the powers that confront us and the possibility to win are deployed. By liberating the potential of the different forms of struggles against neoliberalism, the strike has demonstrated itself as the way in which social movements can meet the real movement of disruption of the present.

On February 10-12th the third meeting of the ‘Transnational Social Strike Platform’ took place in London. The TSS Platform is an international political infrastructure composed by workers, migrants, grassroots unions and militant initiatives that take as their political priority the enlargement and endurance of the strike movement on a transnational level. The London gathering brought together 160 people from across 40 organisations and 9 countries to discuss, organise and plan around questions of the transnational and social dimensions of the strike. Workshops took place covering issues ranging from the raise of nationalism, to women’s strikes, logistics strikes, rent and social reproductive struggles. The meeting was organized in London paying particular attention on the enlargement of both the February 20th «One Day Without Us» migrant solidarity call and the Global Women’s Strike scheduled for March the 8th.

This gathering was undertaken in order to enhance the circulation of experiences of insubordination, while at the same time advancing common assessments at the level of practice and discourse. The weekend sought to discover how the TSS Platform can work more explicitly as a political infrastructure which aims at unchaining all the potential of the struggles of migrants, precarious and industrial workers against neoliberalism. In the pursue of this goal, it has been widely recognized the need to develop a common strategic vision to push existing struggles towards common goals and to make possible the unexpected.

Wages, welfare demands, mobility and freedom of movement have been recognized as crucial fields of struggle. In this we see a turning point in comparison to our previous experiences of networking on a transnational level: the TSS Platform doesn’t simply want to be a coalition coming together for a contingent purpose or a big event, or another sort of network. Our aim is rather to develop and strengthen an infrastructure which, from within the strike movement, deals both with the problem of raising our organization capacities on the transnational level and with the need to strategically converge on common terrains of initiative.

From these sessions an agreement was reached to incorporate more discussion around common «strategic horizons» at our next meeting, taking place in Ljubljana next 20th-21st May. The weekend in London marks an important development for the platform, symbolising the «closure of the beginning» of the TSS Platform and heralding a new phase for our transnational collective endeavour: deepening our understanding, connections, capacities and commitments to each other for the struggles that lay ahead.