Final Statement of the TSS Meeting in Paris 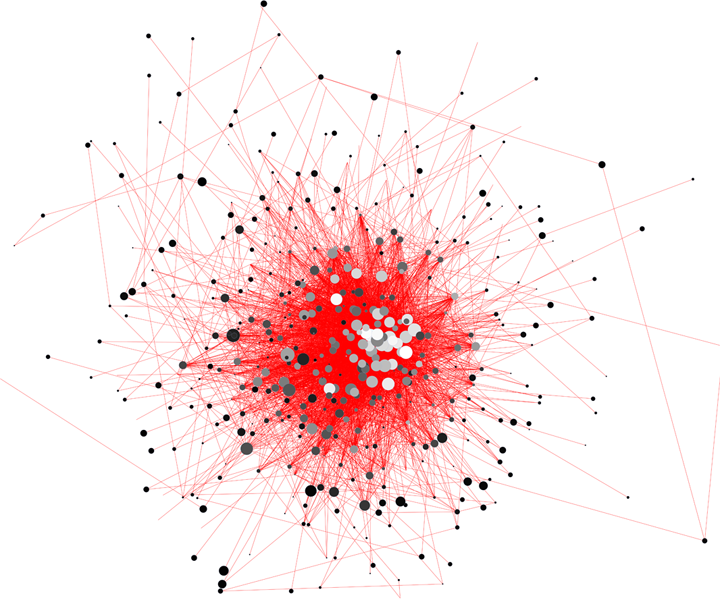 150 people took part in the different moments of the three days meeting of the TSS Platform in Paris on the 21-22-23 October. Workers and activists reached Paris from Italy, UK, Portugal, Slovenia, Bulgaria, Poland, Sweden, Germany and Belgium. From the protagonists of the French movement against the loi travail to Amazon workers from Poland, Germany and France, from the Deliveroo strikers from the UK to the Italian migrants struggling against exploitation and the immigration laws, from the German and Swedish care-workers to the activists along the Balkan route, from the English Junior doctors on strike to Slovenian students: a whole world of insubordinate labor met in Paris to discuss together how to overcome the limits of one’s own local initiatives and how to connect them in a common project.

After having stated in Poznan one year ago that the opposition to the existing state of affairs in Europe cannot but start from the refusal of exploitation and its political conditions, the stake in Paris has been to make a step forward in the consolidation of our common transnational infrastructure. To be effective the transnational coordination needs to be grounded in the insubordination of labor taking place in several spots in Europe and to be practiced by the subjects who are individually and collectively refusing to be at the disposal of capital. Thus, the transnational infrastructure is neither detached from its local anchorages, nor simply their sum. Even less it is a formal agreement between unions and collectives. It is rather a space of organization where the flows of localized insubordination can be directed towards common enemies in the European space and, in turn, each point can acquire power and new allies from this interconnection.

We recognize a strike movement crossing Europe, while we operate to create new possibilities for a social and transnational strike. The strike is for us the real movement that can disrupt the current balance of power inside and outside the workplaces. We want to consolidate a political infrastructure to make of every strike a place where the insubordination of labor intensifies and workers can recognize themselves as part of the same struggle, across sectors, legal conditions and borders. For doing this, we need to build stronger connections through an intensified exchange of information, the circulation of conflicts and the definition of common directions.

Four main axis have been recognized as central and have been the object of four workshops, whose reports will circulate in the next days: the logistical control over time, enforced in the warehouses and in the hospitals, in the web platforms and in the factories; the precarization of labor, brought about by the European policies enforced in each country; the regulation of welfare as a means to impose obedience to citizens and migrants and as a world of precarious care-work; the migration policies revealing integration as a matter of cheap labor and exploitation, intensified by the blackmail of the resident permit and the government of mobility. The subtraction of Swedish care-workers to the apps counting their work-time is linked with the refusal of the same control Amazon workers express in the warehouses; the fight against the loi travail shares the same grounds as the struggle against many labor bills following the guidelines of the EU Agenda 2020; the strikes of nurses, teachers and doctors is part of the opposition to welfare cuts carried on by the users; the overcoming of borders by migrants along the Balkan Route is connected with the fight against the institutional racism posing migrants from without and within the EU in a condition of blackmail.

Our transnational infrastructure turns these connections into something visible and recognizable. In this, it is not just a way to find contacts across borders, but also to overcome the limits of the local initiatives through the development of a common ground. What we experience locally is that also struggles which are contiguous in space suffer from isolation, each being focused on specific claims or on labor categories that do not hold anymore. But the movement of the strike goes beyond its institutional borders. Beyond the strictly regulated legal strikes, experiences such the Deliveroo strike were triggered by a grass-root movement originated largely outside the unions and involving workers that cannot technically strike; the strike of women in Poland materialized what a social strike can be, because it created the space for a mass refusal of the political conditions of oppression and exploitation. Each strike can become the concentration point of a wider connection and part of a transnational movement.

For strengthening our infrastructure we need to build our space and take our time. We want to turn the European space, with its internal differences, into our own space of struggle, knowing that this is a long process. This requires so much as the construction of a new language, a new imagination and the capacity to intervene so as to turn the differences we experience into points of strength. The next months will be dedicated to these tasks. We will be in London to take part in the organization of «a day without us», the strike that migrants are organizing in the UK on next February 20th, by bringing in our transnational perspective and the past experience of the strike of migrant labor, to overthrow the narrative according to which the solution to the crisis is to be free from migrants and to reject the idea that the only way to counter this narrative is on utilitarian or solidaristic basis. We will be in Ljubljana to meet with migrants and activists that in the last years have turned the Balkans into a political battlefield together with workers and students’ movements, confirming the centrality of the East in the current constitution of Europe. Finally we will go to Poland where an international meeting of Amazon workers is planned, to discuss together how to organize trans-border strikes and symbolic initiatives able to “travel” through the warehouses. We will affirm our common project in all the occasions where the opposition to the current neoliberal Europe is discussed and exploitation is refused, with the intention of making the strike movement heard everywhere. We will engage together in planning moments of visibility and mobilization, able to express and give resonance to the common power we are building, across the borders.

Stay tuned with the transnational social strike. It is coming!