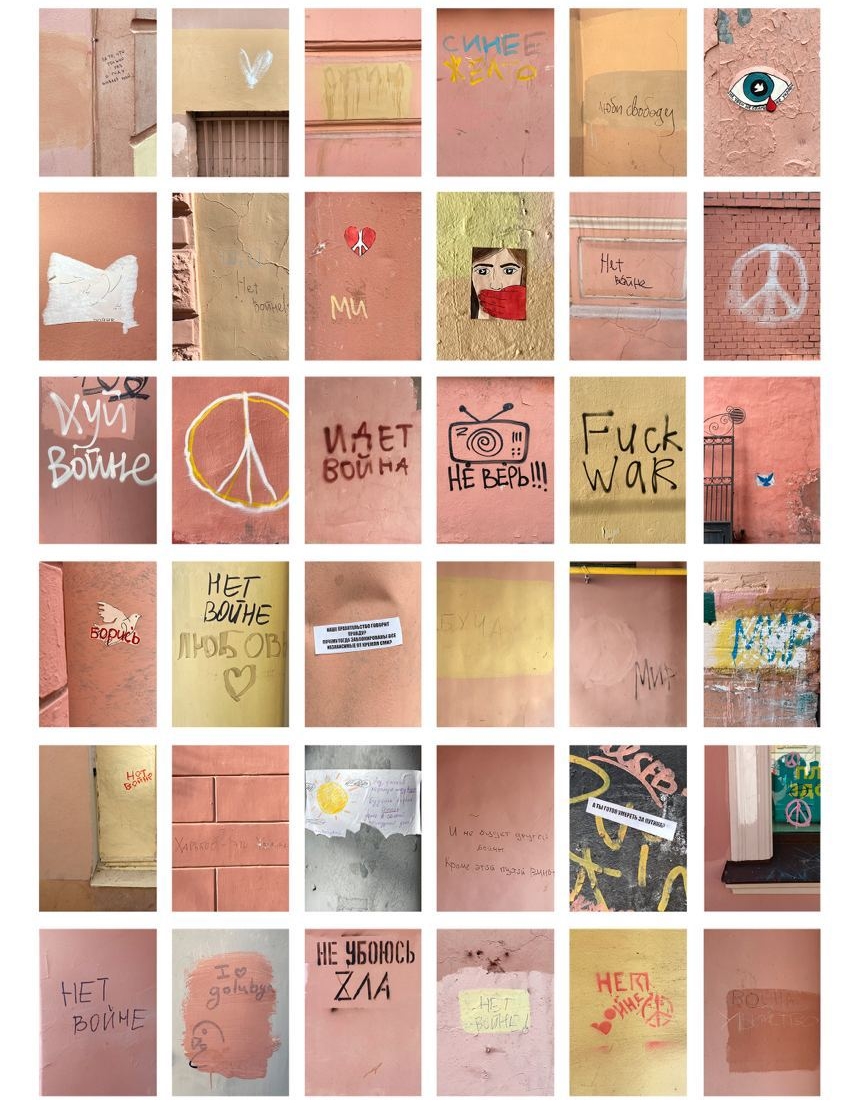 Outraged by Putin’s aggression on Ukraine, EAST issued a call for a transnational feminist strike against the war on March 8th. Almost two months later the war continues; people in Ukraine are being killed and tortured; women, LGBTQI+ people and children are being raped and brutalized; millions of refugees are fleeing the war zone to unknown destiny. As EAST we have always stood on the side of women, LGBTQI+ people, workers and migrants who struggle against patriarchal, racist, nationalistic and capitalist violence. The barbarism of the war is the most extreme intensification of these oppressive systems and makes one thing painfully clear: living in peace is the most important precondition for the existence of each and every struggle we have supported in the past. Given this, building and maintaining a strong transnational anti-war movement is vital to our ability to continue struggling on all other related fronts.

This is why we decided to join the initiative of the Permanent Assembly Against the War and call for a transnational working class strike against the war on May 1st.

To strike the war means three things. First, to support such initiatives that have the goal to sabotage and stop production and social reproduction processes that enable the continuation of the war. On May 1st we are joining the calls aimed towards Russian soldiers urging them to refuse to fight in this senseless war. On May 1st we stand together with those who are struggling against Putin’s aggression in Ukraine; with the civil protestors who block Russian tanks with their bodies; with the workers in Belarus who blocked a train with military support for Russia; with the anti-war protests in Russia and with the Russian Feminist Anti-War Resistance who is organizing an Anti-War Labor Day on May 1st and a strike fund for workers who are resigning or being laid off because they refuse to work to supply the war.

Secondly, to strike the war means to support the people who are suffering the most under the consequences of the war. Therefore, on May 1st we demand increased humanitarian support for people in Ukraine and also for those who fled the country. We demand that refugees and migrants – from the war in Ukraine and elsewhere – are received and treated humanely and granted a decent life in the receiving countries. We are enraged by the fact that Ukrainian and other Eastern and non-European workers, especially women, have been struggling under the harshest working conditions in different European countries in the last decades and this was accepted as “normality”. Thus, on May 1st we strike against exploitative working regimes that see human suffering as a gold mine and treat refugees and migrants as an essential but cheap and disposable labor force. On May 1st we fight back against patriarchal violence that exploits our lives, bodies and freedoms, we demand that victims of horrific rape cases during the war get access to abortion pills and prescription drugs and categorically condemn the sexual abuse and violence that many women become subject to in the countries they flee to.

Finally, to strike the war means to demand political solutions that will de-escalate the war and guarantee peace in the long-term, to demand revolutionary changes in the structure of our society. This is why on May 1st we oppose the ongoing militarization in our countries and demand that funding spent for weapons and armies is redirected towards public spheres such as healthcare, education and public housing, for a society that guarantees public care for everyone. On May 1st we strike to crush the conditions that enable autocrats and capitalists to continue their cruel warmongering around the world at the expense of the working classes and the poor. We are determined to crush the offshore zones that benefit only the capitalist elite and its belligerent agenda and demand an immediate right-off of the Ukrainian public debt and the public debt of other countries suffering under war. On May 1st we oppose the deepening of the nationalistic rhetoric and actions in the context of the war and will join forces to build together a transnational, feminist politics of peace!