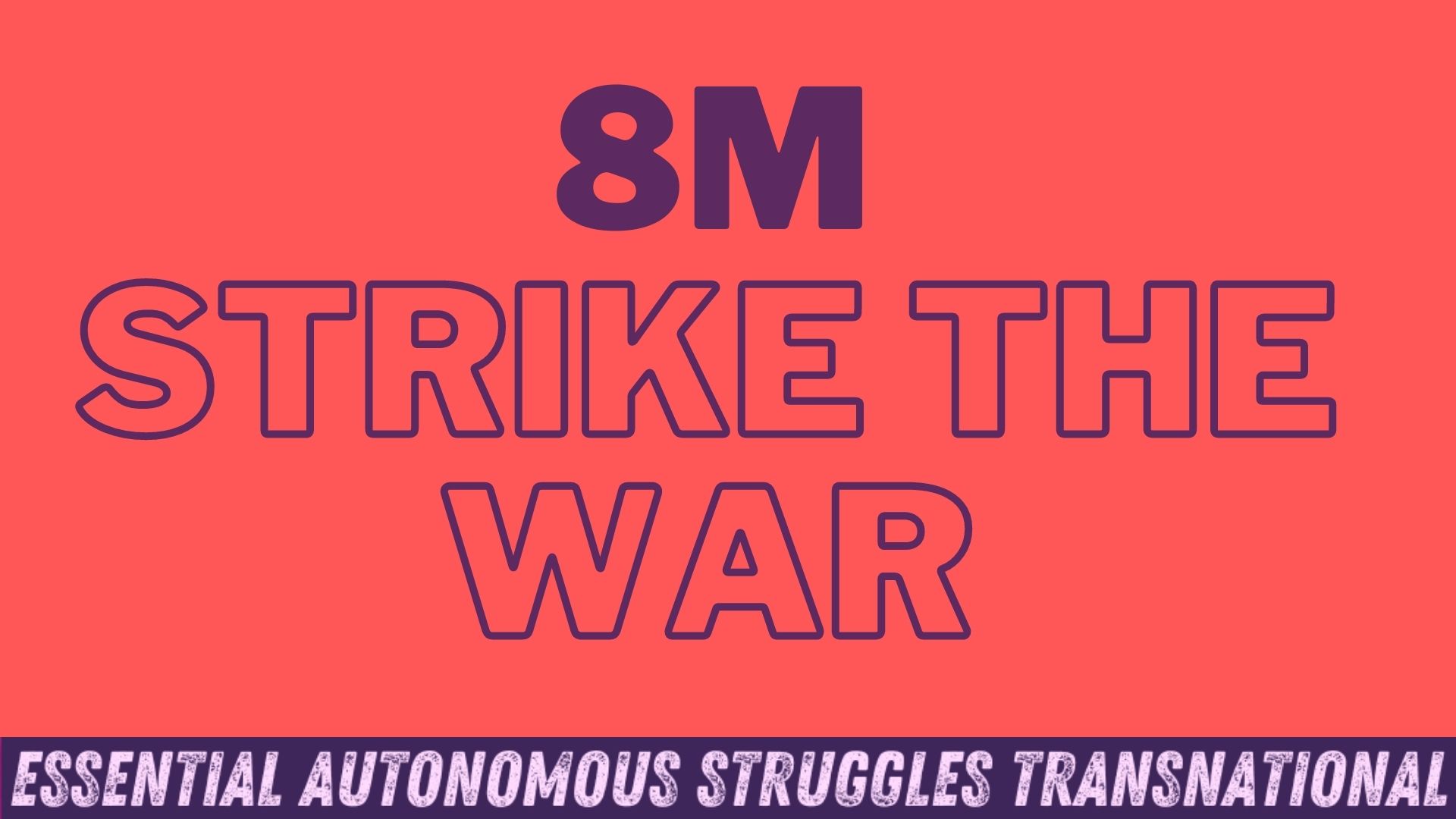 Stop the war in Ukraine! On 8M we call for a transnational feminist strike against war!

We are outraged by the brutal aggression that Putin and his imperialist war brought to Ukraine. We know that neither the people in Ukraine nor in Russia want this war – it is favoured only by the ruling elites and the capitalist classes, profiting from it! We stand together with all those opposing Putin’s invasion and with those rising up against war around the world!

War is the most brutal form of patriarchal violence. It radically reinforces the idea that men should take up arms and participate in killings, beatings, rapes and other violent actions in the name of the “fatherland”. War is always waged at the expense of those who have no alternatives and cannot flee to safe places. Women, the LGBTQI+ community, Roma people, workers and migrants in Ukraine are the ones already suffering the direct consequences of this militaristic invasion. The war in Ukraine is a brutal acceleration of all other crises that hit people in Eastern and Central Europe and elsewhere: from the pandemic to the collapse of the whole (health)care sector, from the increase of reproductive work mostly performed by women to the rise of domestic violence. We demand an immediate ceasefire and a retreat of Russian military forces from Ukraine!

War intensifies to the extreme nationalistic logics and actions. It forces the working classes and the poor in one country to fight against and kill the working classes, the poor and vulnerable in another country. We draw attention to the duty of NATO states – as military powers with destructive potential and as responsible actors in tensions around the world – to refrain from and de-escalate military confrontations. We call for disarmament and for the reduction of public budgets allocated to military spending. We call for the use of such budgets for essential public services such as (health)care, housing and basic utilities for all.

War escalates racist violence. We already see how while Poland, Hungary, Romania and Bulgaria have pledged to host Ukrainian refugees, non-EU migrants based in Ukraine and trying to leave the country are stuck at the borders or attacked by nationalists on the other side, and the general policy of pushbacks and border violence in Europe continues. We demand open borders for everyone who is fleeing war or is looking for a better life elsewhere!

The outbreak of the war shows in the most extreme way that, once again, as our work is essential but devalued and exploited, our lives remain disposable.

As EAST we call women, LGBTQI+ people, workers, migrants in Eastern and Central Europe, bordering countries and beyond and all those who refuse this war to form a strong opposition to any false alternative between violent geopolitical projects and to any further militar buildup. We won’t let this war divide us!

Against all nationalisms, against all international power games, we strike the war and all neoliberal, racist and patriarchal violence. Against any retreat in national dynamics, only a strong transnational feminist strike can be the proper response. On March 8th we will strike the war which is the most revolting form of violence. On March 8th we call everyone for a transnational feminist strike against war!

On March 8th we strike: Stop war now! Our lives are essential!