Stop the Fascist Attacks against LGBTQI+ People in Bulgaria! 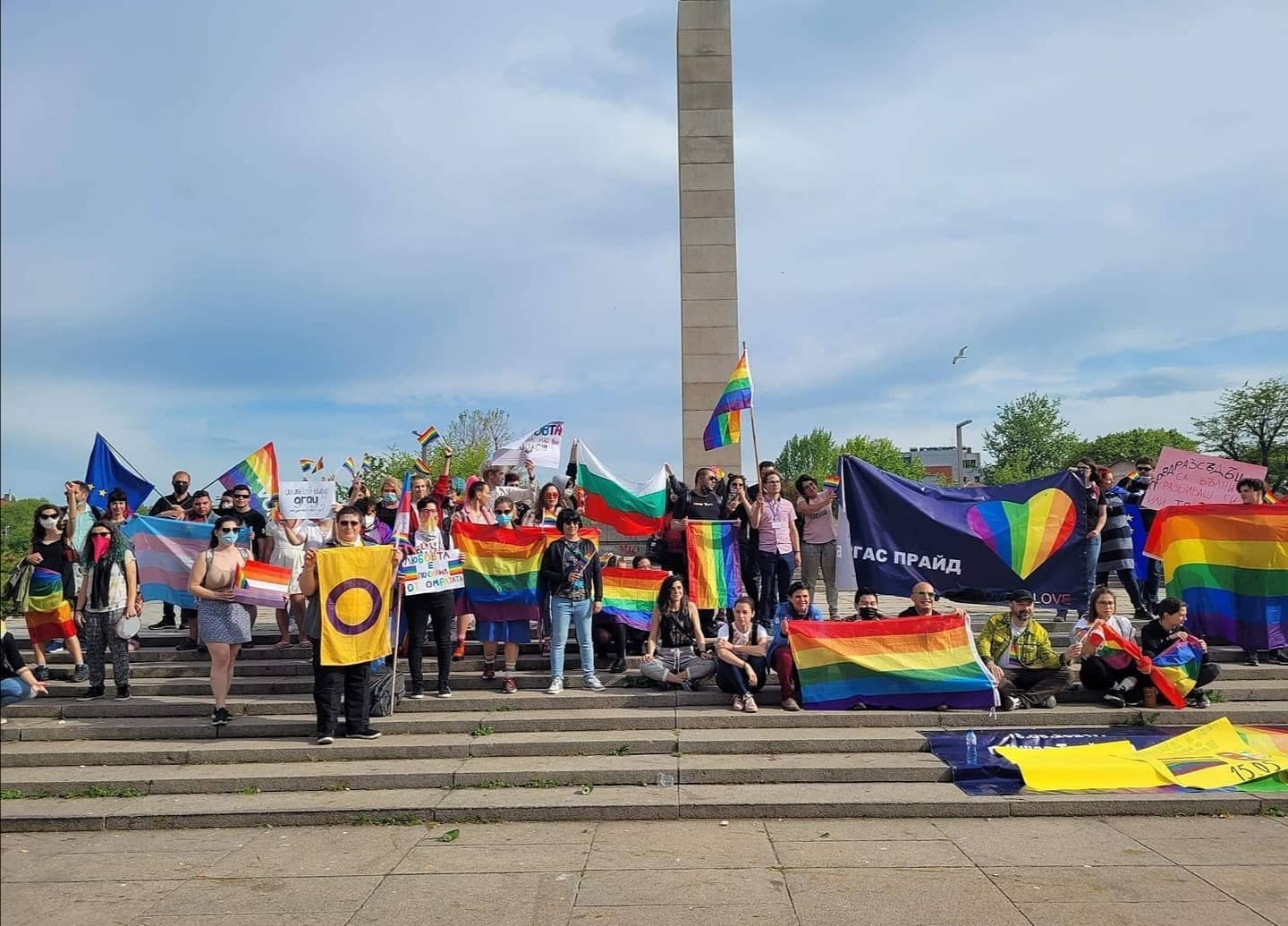 Towards the transnational mobilization on July 1st against the attack on the Istanbul Convention and the patriarchal backlash that is hitting women and LGBT+ people all around the world, we publish a text written by Stoyo Tetevenski, member of E.A.S.T., describing the escalation of violent and organized fascist attacks against the LGBTQI+ community in Bulgaria. We strongly urge everyone who is opposing the patriarchal, capitalist and fascist violence against women and LGBTQI+ people to spread this text and join the transnational day of action on July 1st.

Over the last few weeks the Bulgarian queer community is subjected to an unprecedented wave of attacks. Queer events have been disrupted in the cities of Burgas, Plovdiv and Sofia, where members of the community have been harassed, threatened and abused. Just days after a gang of Nazis stormed a film event, there was a physical confrontation between members of the ultra right group Bulgarian National Union (BNS) and queer activists in the very city center of Sofia.

The Bulgarian National Union is perceived to be close to the biggest nationalist political party, VMRO, and they organize one of the biggest annual Nazi rallies in Europe, Lukovmarsh. Now we are seeing levels of far right mobilization not seen for years. Brochures, Facebook posts and direct actions spread hate, as well as homophobic and transphobic propaganda, while queer spaces are vandalized and occupied. On June 1st, I was surrounded by BNS activists who mocked me, threatened me,  and pointed at me. They told passers-by my name and that I was an agitator of “LGBT propaganda”, which for them is a threat to the “traditional family values” and Bulgarian children alike. Steadily, encounters with nationalists are escalating ever more dangerously. Far right leaders are now organizing publicly and calling for disrupting other planned events for Pride month.

These developments are met with the complete silence of state and political actors. So far only one party, the Green movement, has come out to condemn the homophobic and transphobic violence. The Bulgarian Socialist party has stood idly, as has been the case for a long time. In 2018, the party famously opposed the ratification of the Istanbul Convention and instead joined the far right in a horrific queerphobic campaign against the so-called ‘gender ideology’. Few other parties have ever condemned fascism publicly.

We don’t have the money to pay for private security at our events. And as we have seen time and time again, the police is not an institution to rely on. What is more, in one of the confrontations the police blamed the queer community with the standard ‘there-was-violence-on-both-sides’ claim and issued warnings to two lesbian girls for being ‘agressive’ towards Nazis. It has been made clear: the existing political parties, state institutions and authorities are not only taking a blind eye on the brutal violence perpetrated against us, but they themselves are perpetrating hateful violence. Enough!

Against the deafening silence, our grassroot queer and leftist communities have been organizing tirelessly to protect ourselves and our comrades. We are a small but growing community and our efforts are now bearing fruit: in all cases where there were far right disruptions, we managed to mobilize and successfully outnumbered them.

However, we know that this is not enough. The growing fascisation of society is a reflection of the deeply undemocratic and pro-capitalist policies enforced on us from the top against the wellbeing of people, animals and nature. In this hostile environment, queers, migrants and ethnic minorities have become scapegoats.Our bodies have been brutalized and victimized to cover for the crimes committed by the ruling classes.

We are calling for the international community to join us in our efforts to oppose fascism and disband oppressive structures everywhere. We know that we are not alone in our struggle. This is why we urge you to spread the word on what is happening in Bulgaria and press your politicians and parties to demand a strong response from the Bulgarian government and from European institutions. Also, please contact your local queer communities and ask them to help you combat queerphobia in your own groups and organizations. Oppose hate and fascism in all its forms!