The Patriarchal Attack in the Czech Republic 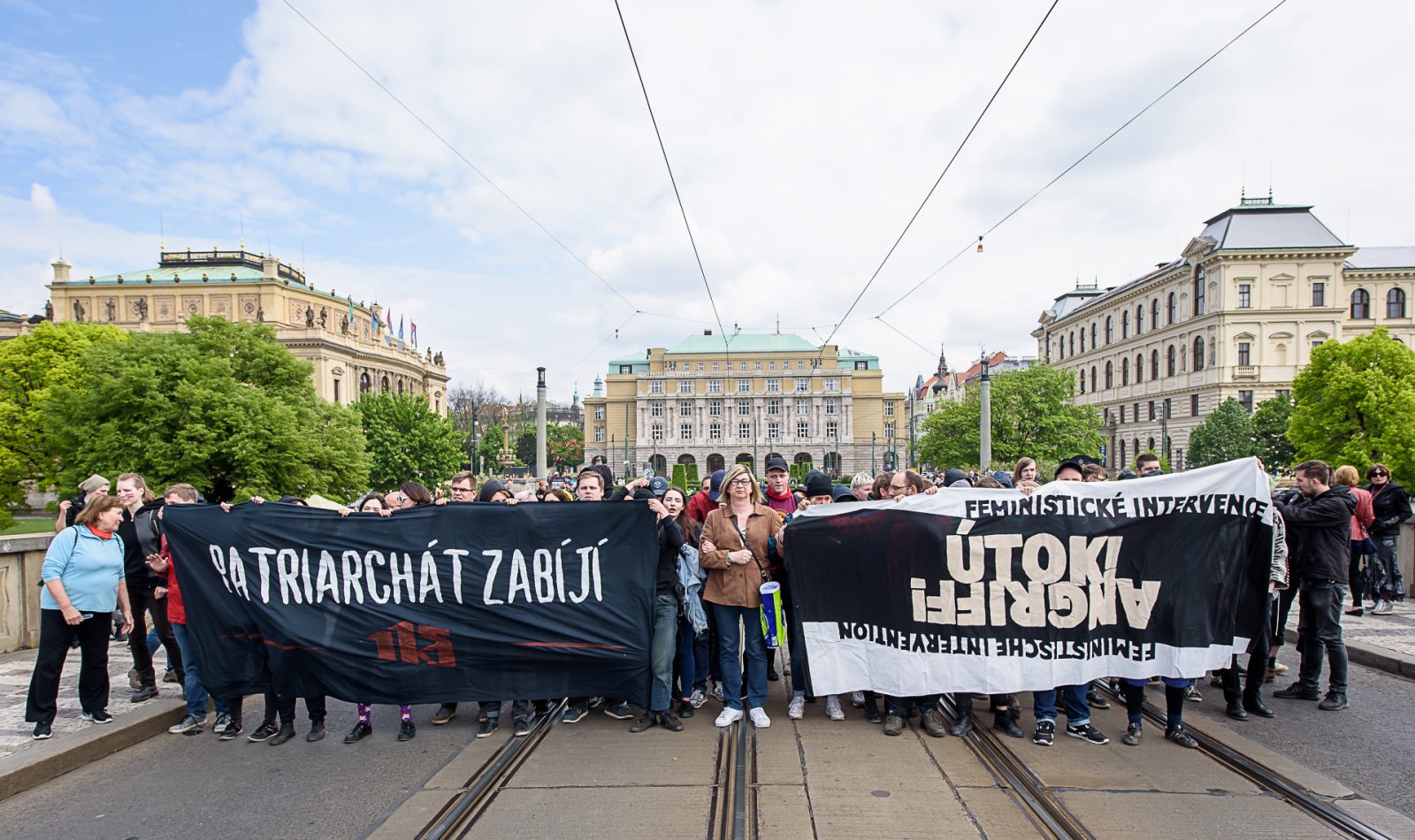 Towards the transnational mobilization on July 1st against the attack on the Istanbul Convention and the patriarchal backlash that is hitting women and LGBT+ people all around the world, we publish a text written by Diana Young, member of E.A.S.T., describing the situation in Czech Republic (read HERE the text on the patriarchal attack in Bulgaria)

While the Czech Republic signed the Istanbul Convention in 2016 it remains one of the eleven countries not to have ratified the document. This raises a number of questions about politics and society in the country as to why there is no progress on this issue. As far back as 2015 Amnesty International reported on sexual violence in the country stating that while there were 7000 recorded rapes in the previous year only about 20 percent of the perpetrators are complete strangers to the victims and only two percent of the rapists are punished by courts. The study also suggested that nine out of ten women raped do not report the offence. Thus while rape, sexual violence and domestic violence against women is a long-standing issue in the country there seems to be little movement from the government or the mainstream political parties to give this issue any sense of urgency.

The impact of the pandemic

In the Czech Republic the NGO ‘White Circle of Safety’ (“Bily kruh bezpeci”; BKB] has been running a 24 hour support helpline for the victims of domestic violence. Their reports paint a miserable picture as the tensions that grow in households during lockdown take their toll, even on seemingly healthy relationships, and in some cases spill over into violence. Media reports have reported that, behind closed doors and without normal access to support, domestic violence rates are spiking. A BKB report from 2020 about a month into the state of emergency shed light on the situation in the Czech Republic. BKB received 201 calls related to domestic violence in the first month of the state of emergency, up from 130 for the same period last year, an increase of 35%. This was no surprise according to BKB as the conditions the quarantine imposes on people, putting them, and in some cases locking them in households together, where even the ‘healthier relationships’ may go through a crisis in a situation like this while relationships which were ‘infested by domestic violence’ even before this situation, this is the ideal environment for it to grow further.

However, a closer look at the figures gives reason for concern. A breakdown of the distribution of the calls shows that the support hotline received 72 calls related to domestic violence in the first two weeks of the lockdown, rising to 129 in the third and fourth weeks, a rise of nearly 80%. BKB warn that this could be related to various other factors, such as changing behaviour from victims during the state of emergency, but the organisation’s figures do not show an equivalent increase over time in calls related to other types of crime, such as sexual violence, suggesting that the threat of domestic violence increased the longer families were kept under lockdown together.

This supports the view that the protection provided by the quarantine against the coronavirus must be balanced against the real damage it causes in other areas, not just the much-discussed economic impact but also the negative implications for mental health and family relationships. Domestic violence is defined in Section 199 of the Czech Criminal Code, and treated in Czech law, as a process rather than an individual incident, and BKB point out that it is important to bear this in mind in the current extraordinary circumstances; however serious, one incident is not automatically considered to be domestic violence, and may not demonstrate a pattern of behaviour. However, as every story of domestic violence must begin with a first incident, the danger is that the higher rates now in the unusual circumstances of lockdown will cause a permanent increase in domestic violence rates in the future.

It is clear from the experience of NGOs such as BKB that the pandemic has exacerbated the situation and brought an increase in domestic violence – however the law may define it.

The Czech Republic has a curious chameleon-like existence when it comes to LGBT+ rights. Last month a bill allowing same-sex marriage got as far as the committee stage in Parliament and is seen as a cause for celebration. The pressure group Jsme Fer (We are Fair) has been working for this end since 2017. Speaking inJanuary a spokesperson blamed a lack of political will from the ruling ANO party despite Prime Minister Andrej Babis’s personal support for the bill, they noted that most of the major Czech political parties remain divided over the issue and would rather keep internal differences at bay. The view is that the Czech Republic is still stuck in the past. With support for same-sex marriage hovering around 60 per cent of the population, the Czech Republic could easily be portrayed as in the avant-garde of the former Eastern Bloc in terms of LGBT+ acceptance. Homosexuality was decriminalised in 1962, earlier than even in many Western European countries, while pro-LGBT organisations have been flourishing since the early 1990s.

However, according to the group Queer Geography, these promising figures and long history of activism do not necessarily reflect active support among the population today. It is clear that people in the Czech Republic are highly apathetic towards the issue of sexual minorities. The average Czech doesn’t see LGBT+ rights as a daily concern or topic worth discussing, as most Czechs believe LGBT+ people already have enough security and that current laws are sufficient. This widespread belief among the Czech population that LGBT+ people are already well served paves the way for the current inertia and general lack of interest. It is clear that most Czechs are more comfortable ignoring LGBT+ people rather than acknowledging their existence. More than one-third of LGBT+ people still feel discriminated against or harassed. The general public tends to see the situation of Czech LGBT+ people much more positively than the reality.

The situation of trans people in the Czech Republic neatly illustrates where reality does not conform with the rosy picture assumed by the general population. The Czech Republic is one of the few EU countries that still requires transgender people to undergo life-altering surgical procedures to legally change their gender. The distinction between sex and gender which is fundamental to the Istanbul Convention is one of the sticking points in the Czech Republic. Unlike other EU countries there is no recognition of gender identity or gender expression and thus the notion that someone may be transgender is not considered by the Czech state. In the recent census all questions were framed around the concept of biological sex while the process of transition for trans people is limited to surgical intervention in addition to a series of bureaucratic obstacles. Thus, a document where the concept of gender is separated from biological sex is anathema to the Czech state and the political class as it is currently constituted.

Amnesty International and Human Rights Watch will tell us that the Czech Republic has a long-documented history of racism and discrimination directed at the Roma population. The government measures during the height of the pandemic earlier this year exacerbated this and in many cases fuelled the anti-Roma racism. In the autumn of 2020 the Roma community made strenuous efforts to build confidence in the medical services and the precautions which had been laid out by the government. The message came from community activists and YouTube stars for people to protect themselves and others and to take steps to avoid transferring the virus. “I believe that if we follow the measures ordered, wear face masks, and keep our distance from each other, we can beat this together,”  the Roma singer Tessie told ROMEA TV in October.

Nevertheless the issue of the virus in the Roma community was used by some of the Czech Republic’s racist parliamentary representatives to shift the blame from the government’s inept handling of the pandemic this spring. The SPD (Svoboda a přímá demokracie – Freedom and Direct Democracy Party) while protesting against the necessary limitations imposed from December 2020 in the name of ‘freedom’ also made the erroneous link to the high incidence of the virus in areas of Roma population in language reminiscent of the Nazis. This has not been addressed by the Czech mainstream and has led to a heightened degree of racist rhetoric and violence in the country.

The high and rising level of gender based violence in the country shows an evident and immediate need for action. The pandemic has scapegoated the Roma community and highlighted the issue of violence against women in lockdown. The overly-optimistic view of the place of LGBT+ community masks the reality of discrimination and insecurity. However, the rhetoric of Czech politicians is that the Istanbul Convention has not been ratified because it is not needed and that the Czech legal system can deal with the issue of domestic violence. It is clear that patriarchal violence of this sort is embedded in the legal system and the Czech state. The situation in the Czech Republic is closer to Hungary and Poland than the liberal and tolerant land it too often sees itself to be. The issue of the Istanbul Convention gives us the opportunity to build on all these fronts. 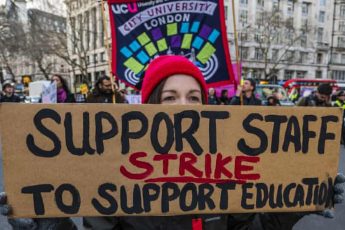 Give Strike a Chance! The Fight of Workers and Students against the Pandemic University in UK 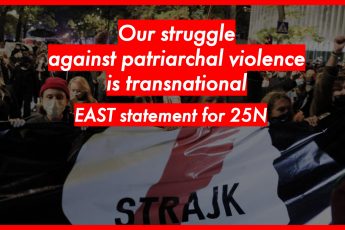 25N: We Take Back the Struggle against Patriarchal Violence against Women! 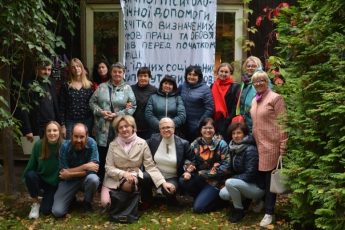