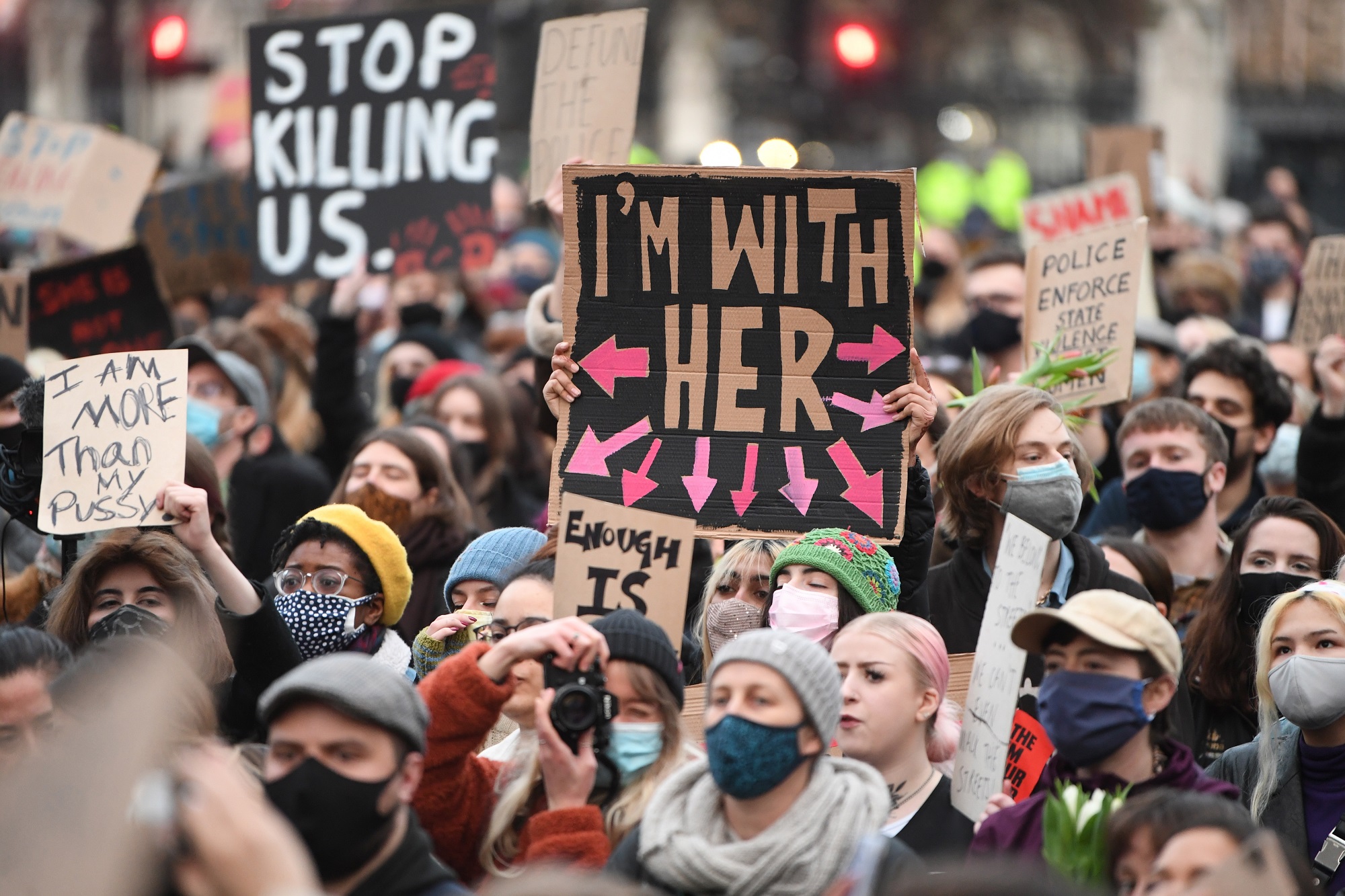 On March 8th, the watchword of the #essentialstrike resonated across Central and Eastern Europe and beyond. Women and lgbtqi+ people, migrants, workers shouted out loud that they do not accept to be considered essential only to be exploited and oppressed, while the pandemic is taken as an opportunity to increase violence against women and reinforce their subordination in workplaces and society. After weeks of meetings and public discussions in several countries we arrived at March 8th strong of our transnational communication, despite the restrictions to public gatherings imposed as safety measures against Covid19. Responding to the EAST manifesto, thousands of people said: against all this, in any way it is possible, we want to strike.

On March 8th in Turkey the Essential Strike Manifesto was read out in Kurdish, Turkish and English at the pickets of women workers striking at the factories of Sinbo and SML. In Istanbul the same night a big demonstration took place, followed by several arrests because the women who took part dared to criticize Erdogan’s regime. But the Turkish and Kurdish women refused to remain silent and clearly denounced that the State is not there when women are killed, beaten up or harassed, but is there to arrest them out of fear of their protests and of the force of the feminist movement. During the demonstration in Sofia, the Essential Strike Manifesto was read out as well. In Romania, the alliance of feminist movements #ThanksForTheFlowers / #MulțumescPentruFlori organized a feminist week of action under the slogan ‘Misogyny – the Other Pandemic!’ They have published a manifesto under the same title with their claims grouped around 4 major topics: 1. essential work, care work and sex work, 2. health and reproductive rights, 3. domestic and sexual violence, 4. housing. On March 5th, there was a protest at the Ministry of Health demanding reproductive rights and better social and medical services. On March 6th, they had a discussion about how patriarchy and the housing crises have both increased their grasps on women and other vulnerable identities, and they published a document with the title ‘Under the Same Roof. Housing Manifesto for the 8th of March’. On March 8th, there have been 3 three protests/flash mobs in Romania, one in front of the government building in Bucharest, another at the prefect’s office in Cluj-Napoca, and a third one in Iași. At the same time, in Vienna and Graz, live-in migrant care workers, coming mainly from Eastern Europe, took to the streets claiming visibility for their essential contribution to Austrian welfare and condemning the exploitative role of recruitment agencies. In Berlin – after a demonstration of ten thousand people stormed the city center – a public assembly of Bulgarian, Polish, Hungarian and other Eastern European women living in Germany took place to discuss how to organize against the daily racism they face at work and in society.

In Greece the public service union supported the call for a feminist strike and demonstrations were organized in cities such as Athens, Heraklion and Thessaloniki, denouncing the link between exploitation of women as essential workers and the silence of the government on the higher rates of violence against women, whereas the government only considers them as mothers that should fix the decline in birth rate. From the Moria refugee camp in Lesbos, the voice of migrant women struggling against racist and patriarchal violence arrived forcefully to everyone fighting against women’s subordination. “You cannot talk about feminism if we are not included” they say in their appeal for March 8th, calling for the strengthening of transnational connections of the struggles.

In Poland, demonstrations took place in Warsaw, while the Social Congress of Women called for a sit-in in Poznan, that connected to the powerful mobilization of Polish women’s strike of the last months: “for us to limit the freedom of abortion is part of a series of cuts in medical services. We know that the position of women will not change if we don’t change our situation in the workplaces and the working conditions of essential workers will not get better”. In Italy Non una di meno organized, despite the restrictions, sit-in, flash mobs and marches in several cities with the slogan “our lives are essential, our strike is essential”, animated by women, such as the migrant workers at the Yoox warehouse, that in the last months with the Women Assembly of the Migrant Coordination went on strike against the alternative forced on them between having a work and being mothers. In the meantime, in the UK women and lgbtqi+ people, care, social and sex workers gathered to stop all sort of care and reproductive labor. A few days later the murder of Sarah Everard by a police officer triggered the rage of thousands of women who took to the streets against the ban on public gatherings. In Sweden, the manifestation “Reclaim the Night” had to be suspended, but a digital campaign went on. The hashtag #tahemmettillbaka (reclaim the home) was spread all over, together with reports of facts about domestic abuse, uneven share of reproductive labor, and more. The city of Stockholm was filled with banners!

In France a strike of essential workers was called by feminist organizations and supported by some major unions, bringing to a halt the country. The demonstration in Paris this year was opened by sans-papier and migrant women performing the most essential and underpaid jobs, while having constantly to cope with the lack of documents or the need to renew them. They said out loud that institutional racism and the blackmail of residence permit are a way to increase exploitation and are patriarchal tools because they bind women to husbands and their role as wives, mothers and care givers. This racist system is what makes it possible that there will be always a migrant woman doing the dirty essential jobs that keep society afloat. Also, for this reason the women organized in the Transnational Migrants Coordination say clearly that the fight for a European residence permit is a crucial feminist fight. Thanks to Transnational Migrants Coordination, the essential strike traveled across the Mediterranean while the assemblies and initiatives of Feministas Transfronterizas connected Europe and Latin America opening a space for further moments of transnational organization.

In Hungary a public meeting involving activists and union members from Hungary, Czech Republic and Poland and members of East was organized on March 8th, to discuss together how to connect the struggle of women and lgbtqi+ people with struggles for better working and wage conditions in order to turn the strike into a political and social tool to fight against patriarchy as well as exploitation. As a matter of fact, the essential strike has not ended on March 8th: this is why on March 20th in Romania and on March 28th in Bulgaria there will be public online meetings with activists, workers and union members to discuss about the horizon of the essential strike, the challenges and obstacles that need to be faced and the possibility to overcome them.

We said that for us the essential strike of March 8th is just the beginning. We stand by this promise: we are determined to enlarge our transnational collective process on the side of women, lbgtqi+ persons, migrants, workers and all those who want to fight with us for a radical change of this violent, patriarchal, exploitative and racist society.

After this powerful March 8th we want to relaunch the essential strike in all possible ways, starting from the mobilization of migrants, women, workers on 1st of May, and inviting all those who want to take part in this process to contact us (essentialstruggles@gmail.com), follow our initiatives, join our fb group. Our struggle is essential, our strike is essential!