#Globalwomenstrike // The Daily Struggle Against Powerlessness. Voices from Turkey 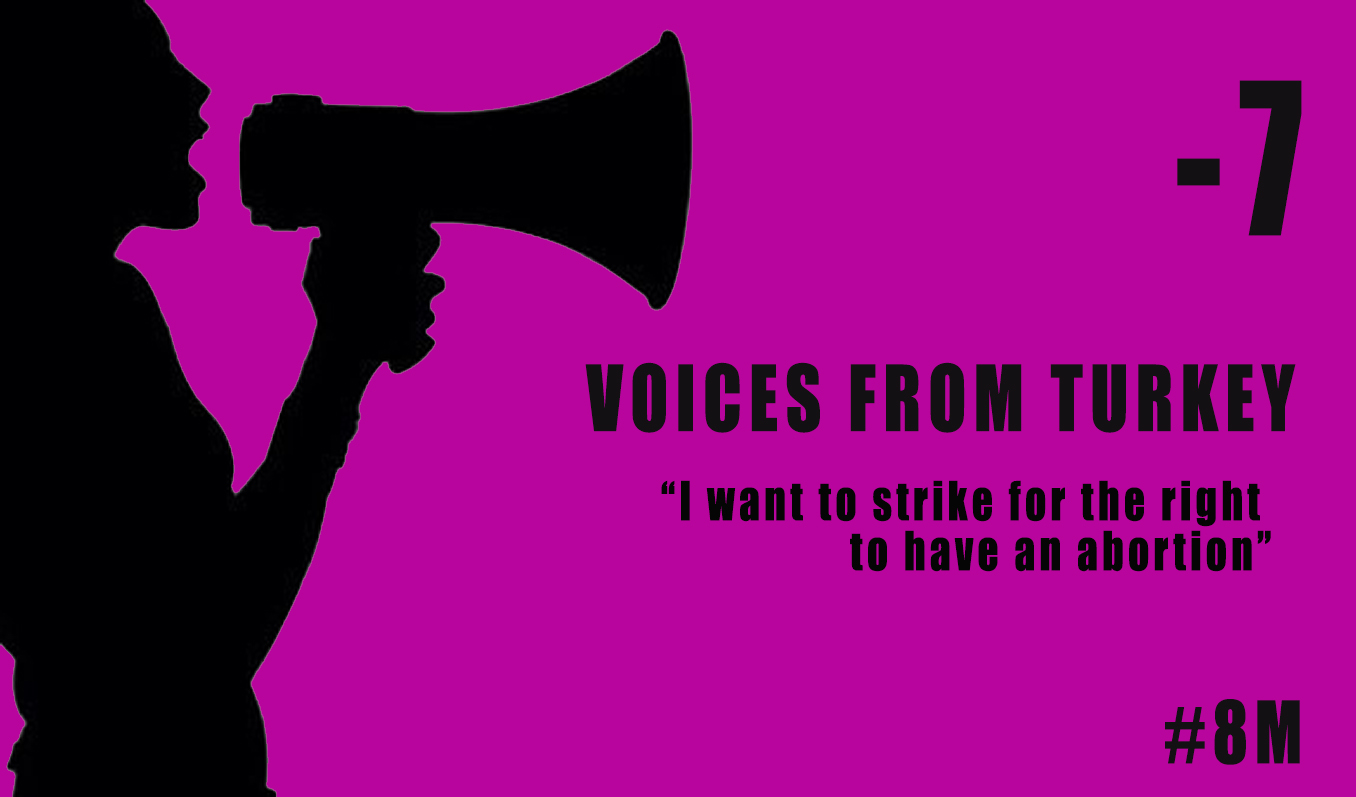 Interview to JN by TSS PLATFORM

For the series of interviews towards the global feminist strike of March 8th and 9th, we interviewed JN, a woman textile worker from Turkey (read here the first interview to Nina from Bulgaria). JN struggles every day against a situation that exposes her not only to exploitation, but also to the absence of any kind of social protection. While women are under the constant risk of harassment and need to defend themselves against patriarchal violence with whatever they have at hand, the government exerts an oppressing control over any form of dissent, producing fear and a sense of impotence. To the top of it all the Turkish government makes the citizens pay the price of the war in Syria and the economic crisis by increasing taxes and prices and by imposing austerity measures. Only a few days ago the government, fearing protests and demonstrations against the war in Syria, has again blocked the access to social media, while the police carry out arbitrary checks everywhere. However, also thanks to her daughter who is refusing the general sense of powerlessness that everything seems to create, JN has decided that this year she will join the global women’s strike on the 8th of March.

JN: I work as a textile worker without insurance. I get a salary of 500 TL  (72€) per week, that is, below the monthly minimum wage. 6,384 TL (920€) is the hunger limit in Turkey, while I get one third of it. I had a bag shop, but because of the economic crisis, I went bankrupt and my debts in the banks grew, Besides the rent prices of the shop, the Turkish state takes extra money under the name of “withholding tax”. While operating my shop, the withholding and rental costs were quite expensive monthly. In addition, I had to pay 750 TL (108€) monthly to be insured while running my shop (healthcare allowance). Since I could not pay these, besides my debts in the bank, I have 11.000 TL (1500€) Bağkur debt right now (Bağkur is a social security provider for autonomous workers). Unfortunately, after 18 months as an operator, I went bankrupt. I had to work because I had to live, and after bankruptcy, I changed many “unskilled” jobs. I was fired because I was new to many workplaces. I lost my husband 7 years ago, I get a widow pension of 1240 TL (180€). My husband served this state for 15 years as an insured worker. The price of this is apparently 1240 TL (180€). Now, my salary in the textile sector, which is below the minimum wage, is not enough to live. I can pay neither my rent nor my bills. Besides, I also have bank debts. Also, I couldn’t pay my bills this month with a 70% increase in natural gas, electricity and water costs.

Of course, it was not easy to change a lot of jobs as a woman and “unskilled” employee. Since I am new to the textile sector I am currently in, I am getting 200 TL (28€) less monthly salary than others. Since I was new to the industry, I was subjected to various humiliations at first. For example, “You are 42 years old, will we teach you this work at this age?” etc…

There was a woman. She was 6 months pregnant; she was abused by a man at the market. So I attacked him with a needle as self-defense.

JN: I would like to strike for the right to have an abortion by saying that my body is my decision.

JN: I would like to say that we have to learn to live together humanly, fight for our rights and learn to live in common despite all our separations (language, religion, etc.).