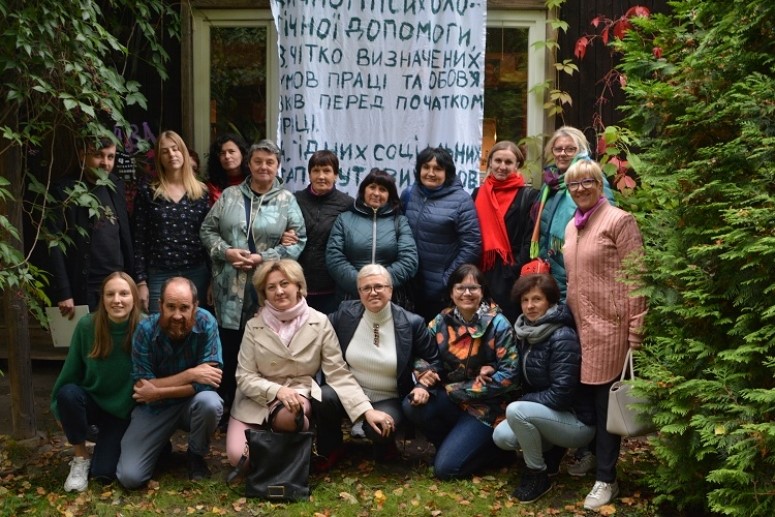 We publish a text by Workers’ Initiative (Inicjatywa Pracownicza) announcing the creation of a Domestic Workers’ Committee, Poland’s first union structure for domestic workers, made up entirely of Ukrainian migrant women.

“The most important thing for our union is to fight for universal legality of employment” – says Ruslana Poberezhnyk, a member of the presidium of the new committee. “At the moment most of us are working without contracts, informally. This means that we don’t pay contributions to the social security system, we can’t go to the doctor. There are no regulations about the time of our work, the list of tasks we have to do. Many girls theoretically take care of an elderly person, but they are also required to clean, cook or give medicines or even injections” – she says. – “Our right to rest, to free time is not respected. Employers often expect us to work 24 hours a day, 7 days a week. Meanwhile, the money we get in exchange is little more than the Polish minimum wage”.

As Poberezhnyk says, the idea of starting a union convinced her right away. – “It used to be like this that when one of us was cheated, the family didn’t pay her the money, I or one of us would go to talk, try to get her salary back, stand up for her friend. Now I will be able to intervene not as a private person, but as a trade union. This gives new legal possibilities, a way to put pressure on employers”, she explains.

The lack of regulations on domestic work and care for seniors, the differences in wages in Poland and Ukraine and the crisis of care in Poland are massively exploited by employment agencies. Some of them operate in Poland, others in Ukraine. Members of the union complain that the agencies do not in any way protect their interests – they do not guarantee them legal employment, sometimes even the residence permit. Contracts are often signed only with employers. – “The son of the lady I take care of pays a monthly fee to the agency that employs me for mediation in work and a guarantee to find a replacement if I have to leave or get sick. I have no contract with them”, explains one of the committee members.

However, the aim of the trade union is not only to fight against exploitation by temporary employment agencies or to put pressure on individual employers. According to the domestic workers, campaigns aimed at state and local authorities are necessary. – “The state needs to recognize that families need support in caring for the elderly. Right now, if someone legally hires a nanny for a child under 3 years old, they do not have to pay social security system for that nanny.” – Poberezhnyk explains. – “We need top-down, governmental pressure to legalize our work, sign normal contracts, pay taxes and contributions to the social security system. This will also pay off for the state, because the money will be paid normally, and not under the table,” she notes.

Members of the union for months, even before the official establishment of their committee, have been in contact with people doing similar work in Chicago, USA. There, care workers and houseworkers affiliated with the Illinois Domestic Workers Coalition have achieved significant success in fighting for decent working conditions. The American union, like the Workers Initiative (IP) committee, is made up of mostly migrant women – most of them Mexican and Polish. Two years ago, they succeeded in getting a law passed by the state’s governor that guarantees basic employment rights such as a minimum wage, the right to rest, and freedom from violence, sexual harassment, and bullying. – “We want to adopt similar solutions in Poland” – says Poberezhnyk.