Against Fundamentalism, Patriarchal Violence and Oppression: Freedom of Movement for all. E.A.S.T. Statement on Afghanistan 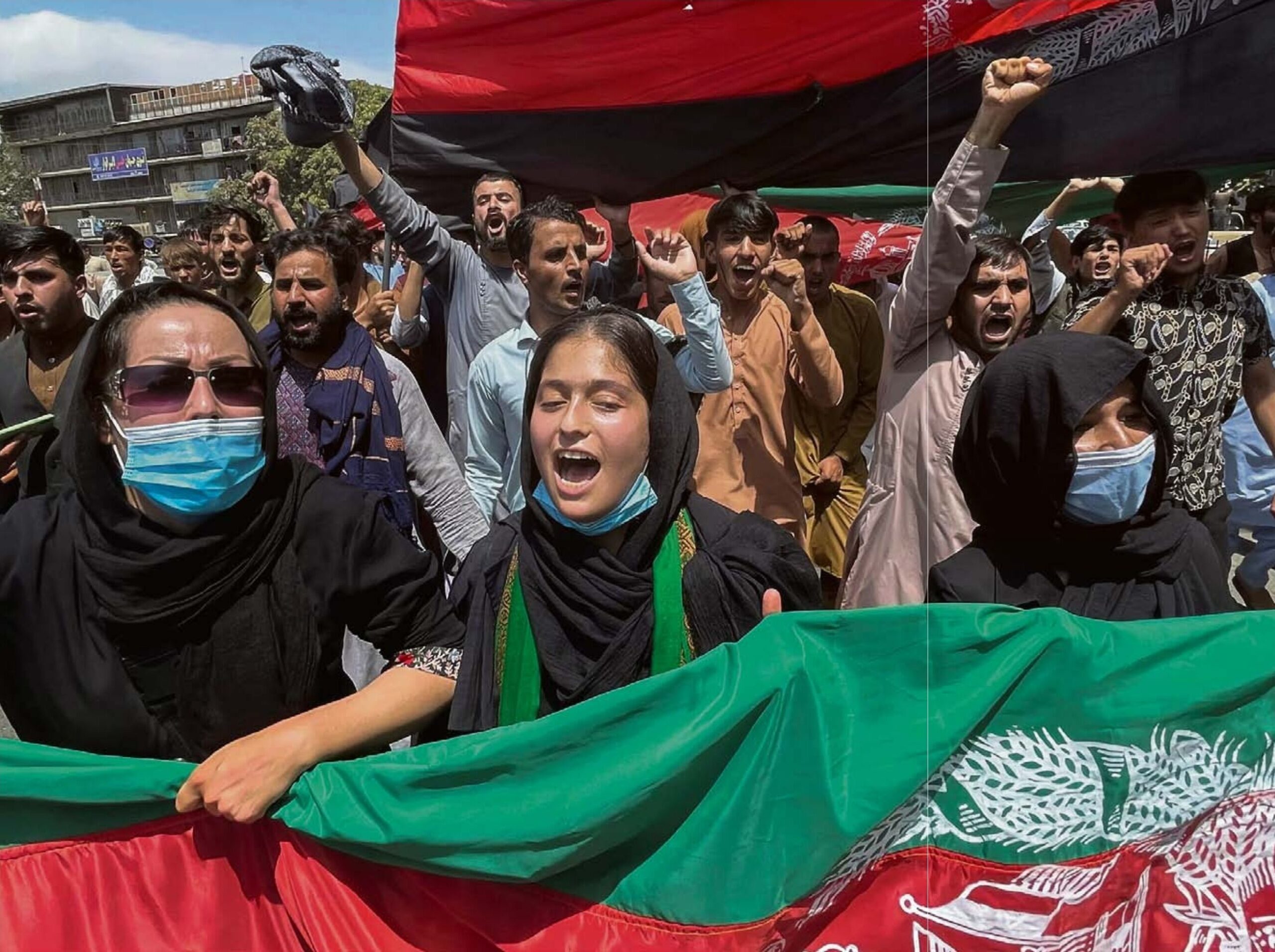 The war in Afghanistan and the so-called end of the war are both played on the lives of women. First we saw the hypocritical outcry over women’s rights despite the fact that the country was being bombed mercilessly for twenty years impacting women the most. Under the veneer of Western values, the two decades of war were expanding the military industry. Now we see the establishment of a sharia post-war regime in which women will be oppressed, exploited, forcibly married, raped, obliged to have children, and killed, and LGBTQI+ people will run the risk of being harmed for the mere fact of their existence.

The war in Afghanistan is over only from a military perspective. The war on women, LGBTQI+ people and all those who reject the theocratic patriarchal domination of the Taliban continues with full power. When the Taliban say that “they will respect women’s rights within Islamic law” they try to present themselves as credible negotiators with other countries and investors, that in turn close their eyes on the fact that the only freedom women will get is the “freedom” of accepting violence and subordination.

Afghan women refused to accept the Taliban regime and went out to protest on the streets of Kabul. At the same time, many of those who do not accept to submit to the Taliban command are trying to escape from the country en masse and will keep on doing so, risking their lives, as the recent bomb attack at Kabul’s airport shows.

While it presents itself as the bulwark of Western civilization, the EU is quarrelling over the criteria for admitting Afghan refugees and is planning a big cash offer for Pakistan and Iran to detain them, no matter under which conditions. Many European countries that took part in the NATO “interventions” in Afghanistan – including some from Eastern and Central Europe – are now refusing to take responsibility for these disastrous actions and their consequences. The most “enlightened” among the Brussels functionaries are discussing humanitarian corridors for a limited number of Afghans, thus assigning the EU the role of executioner who decides who dies and who lives.

The Union is trying to further bargain with the dictator Erdogan – who has in the last months openly legitimated patriarchal violence against women by withdrawing from the Istanbul Convention, and has been perpetrating war crimes in Rojava and genocide towards the Yezidis – so that it continues to be the authoritarian watchdog of the EU borders. In Greece, a 40km wall is being built to prevent Afghans from entering the country. Bulgaria has already built a fence on its border to Turkey in 2014, thus ensuring that the external border of the EU is kept “safe” from people fleeing war and terror.

Within EU borders, the EU and national regulations tie thousands of migrant women to abusive and violent partners by the fact that they depend on them for their residence permits. These are the same women who, with their essential labor, support the very life of Europe, especially during the pandemic.

As EAST we know that the struggle for freedom of movement and against patriarchy is not an Afghan issue, but a common battleground of all those who struggle against these oppressive systems. We know that from East to West, from North to South governments have been attempting – with the excuse of the pandemic – to put women back in the social roles that women themselves are contesting. We know that while all migrants are essential for the survival of society, institutional racism and exploitation are their “reward”.

In the face of the disastrous process of withdrawal of NATO armies from Afghanistan and the Taliban seizure of Kabul and most of the country, we stand together with all those who will be fighting in Afghanistan for their freedom from violence and patriarchy and with those who will seek refuge elsewhere. Their struggle is a part of our everyday strike against the borders and our transnational struggle for freedom of movement and against patriarchy and exploitation.

It is time to organize a transnational response to the war against women, LGBTQI+ people and migrants! It is time to open the borders and guarantee the right of asylum and freedom from oppression and exploitation for all those who want to enter Europe!