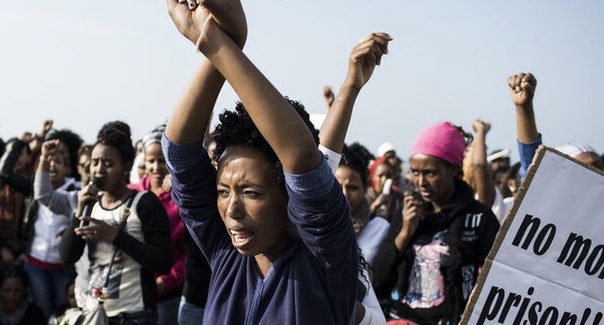 We are not invisible, and we cannot be, because our lives matter. On the 30th of May in many cities in Europe, Morocco, Turkey and Lebanon, we migrants made our voice heard in an unprecedented transnational mobilization. So, we swept away the silence imposed by the lockdown. Against the national laws, European policies and international agreements that chain our lives to increasingly poorer jobs, we want an unconditional residence permit throughout Europe, which is detached from the employment contract, income, wages and family. Migrant women and men are not “essential jobs”. We reject the limited and temporary regularizations of European governments, made only because in warehouses, hospitals, factories and camps there is a need for arms to be blackmailed and exploited. We say that if our choices were free, this world governed by racism, violence and exploitation would be overthrown.

Today the new generations, migrants and non-migrants alike, show an impatient will to live free from the violence of racism, governments and laws. This impatience is our impatience: today we fight and organize ourselves against institutional racism, together with those who fight and organize themselves against police violence. We are not alone today: black lives matter is the cry of African Americans, blacks, latinos and whites who, starting from the United States, turn together against this world. Black Lives Matter is also our daily cry. It has been shouted by many European and African squares, charged with an anger that goes beyond indignation at the racism that kills. Violence is not just a knee on the neck, it is also the laws that take away our documents because we lack work or income. It is violence that forces migrant women to depend on their husbands for documents. It is the violence of governments that deny us asylum applications. It is the violence of laws that take the breath away even from those of us who were born in Italy but at the age of 18 must earn a residence permit. It is the violence of the detention centers in Libya and Turkey. It is the violence that leaves us drowning in the waters of the Mediterranean and chases us to the eastern borders of Europe. That is why the names of George Floyd and Adama Traoré are now the names of all the victims of racism, both in the United States and in Europe.

We oppose to all this through the anti-racism of migrants and the common demand for an unconditional European residence permit, which is detached from the employment contract, income, salary and family. We believe that calling for justice for black lives means going beyond the righteous emotion and indignation of the moment. Antiracism needs the powerful anger that has taken to the streets but also demands continuity and protagonism in the fight. It also means taking the lead and attacking the places where racism is practiced every day and the lives of migrants are continually blackmailed. Now that the cap has blown, we have broken the isolation, but it is not enough. While the statues of racists and colonizers fall, immigration laws remain. While some get temporary residence permits, the blackmail of the link between permit and work remains. While few get refugee status, tens of thousands remain suspended pending a response. But all this does not stop us: because we live, we organize, we fight for the freedom of all.

For this reason, on the occasion of next 20 June, a day of struggle, we ask those who reject the racism that affects migrants, women and men, refugees and their children and descendants today, to take to the streets with us again. We do not want complaints, condemnations or solidarity. We do not want words. Against the institutional racism that oppresses us, exploits us and leaves us to die in an attempt to reach Europe, we want you and us to claim an unconditional European residence permit, which is detached from the employment contract, income, salary and family.