30th of May: Transnational Struggle of Migrants for an Unconditional European Residence Permit 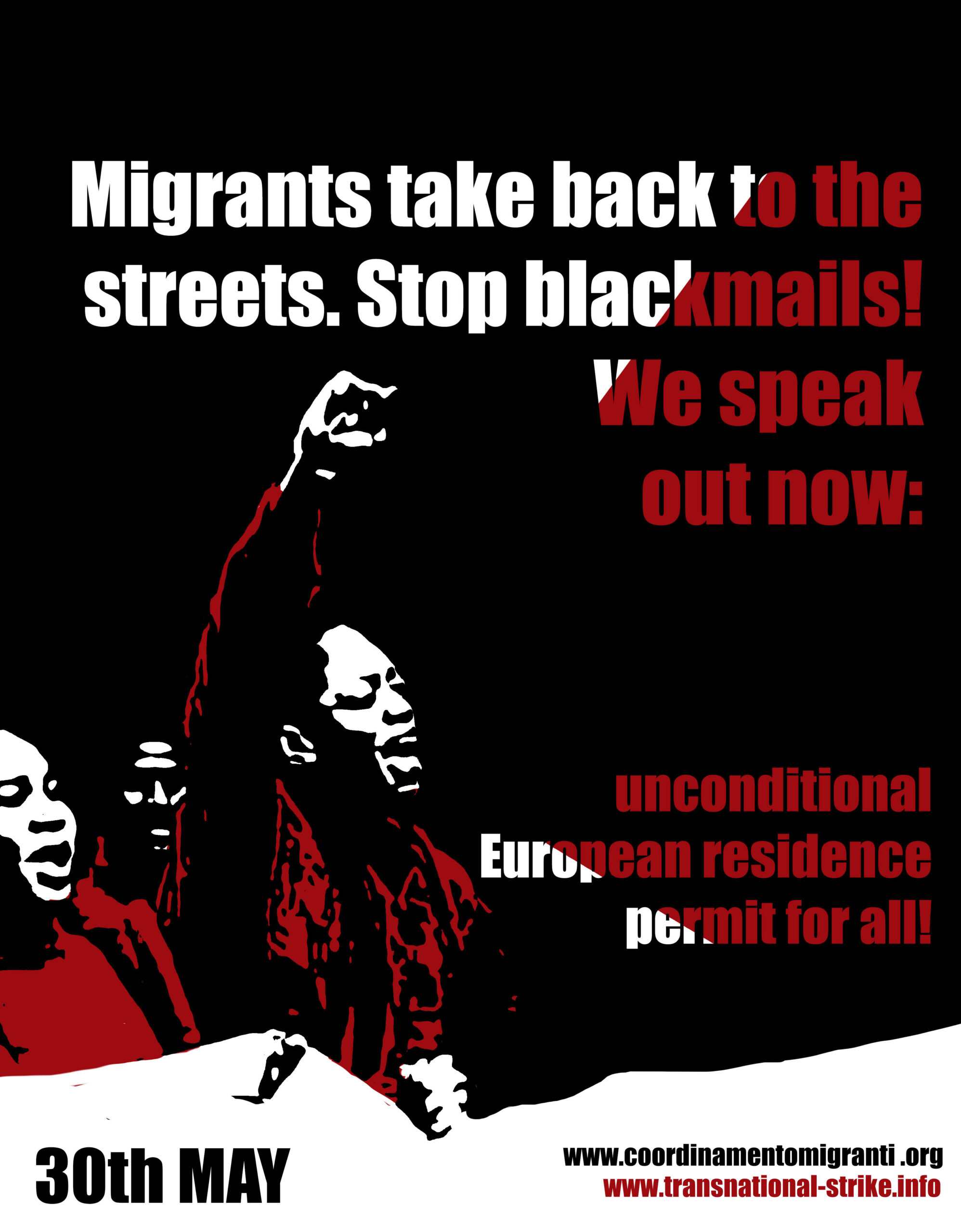 The global pandemic is showing that, while migrant labor is considered essential, the same doesn’t hold for migrants’ lives. We, migrant women and men, can be left to die in the sea or on the European borders; we can be shut in detention or reception centers; we can be fired and become illegal; we can be left on the streets without a home. But migrant labor is constantly necessary for the care of the elderly, kids and sick people; to clean houses and offices; to pick fruit and vegetables before they rot in the fields; to keep things going in factories and warehouses where the production is hastily restarting. In Europe as elsewhere States are using the pandemic to turn migrant labor into a mere instrument to save profits and to be moved wherever it is necessary and only for the time necessary. This is what national immigration laws, European migration policies and international agreements are for. This is also what temporary regularizations to solve workforce shortages in agriculture, charter flights for seasonal workers, special corridors for day laborers, and the amnesties discussed by different European governments are for.

Against all this, today more than ever our struggles cannot stop at the borders and be limited to contest national laws which tie us to employers, income or family reunifications. For this reason, we will demonstrate the 30th of May to break the silence over the racism and the exploitation of migrant labor strengthened during the coronavirus pandemic all across Europe and beyond. We will demonstrate to break the isolation of out struggles and our lives. We will speak with one voice. For those who have been living under the blackmail of residence permit for years; for those who are still undocumented after many years; for those who will become illegal because of the pandemic; for those who have just arrived and saw their asylum application denied; for those who are fighting against borders’ violence inside and outside of Europe; for those who suffered and are still suffering sexual violence in the Libyan camps and elsewhere: it is time to assert out freedom against exploitation, we claim an unconditional and unlimited European residence permit, which is not linked to family status, income and labor.