If Our Lives Have No Value, then We Strike! Call For A Global Women’s Strike // March 8th 2017 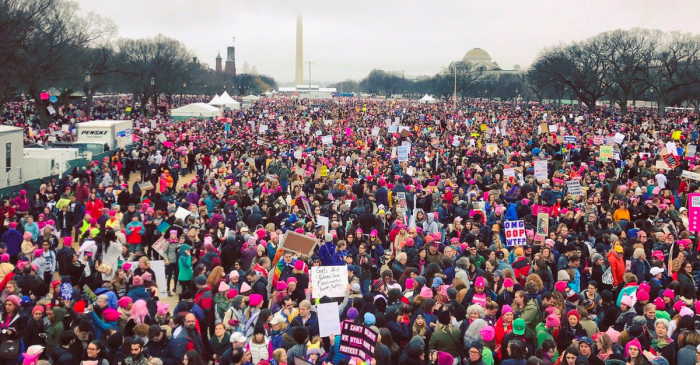 After the mobilization and women’s strikes occurred last year, after the huge women’s turnout during the inauguration day, in the US and beyond, in many countries all around the world public meetings and assemblies are taking place to turn the celebrations on the 8th March into a massive women’s strike. We invite all those who are planning any initiative towards March 8th to circulate this call to enhance the transnational circulation of the women’s strike movement.

From Poland to Argentina, from Turkey to Italy, a global movement of women is rising. In more than 20 countries, on March 8th women will take to the street and strike, disrupting productive and reproductive activities for one day. Taking inspiration from the women’s strike in Argentina and Poland, from the huge demonstration in Italy against male violence over women, following the global women’s march that invaded hundreds of cities starting from Washington and London, March 8th will be yet another moment of uprising. All those protesting against neoliberal patriarchy will fight together against male violence and all the measures that constrain and discipline reproductive rights while imposing maternity as women’s only possible destiny, against the material, symbolic and discursive obstacles to women’s freedom.

The strike will take place inside houses, where women take care of the elderly and kids; in the factories where women produce for the global markets; in the schools, the hospitals, the public and private services where they ensure the reproduction of society and yet get less paid than men, or not paid at all, often working in extremely precarious conditions; in the universities and schools where gender roles and sexual hierarchies are imposed together with impoverishment and privatization of knowledge. March 8th will be a day of protest for migrant women, who daily challenge their exploitation moving across the borders but still bearing the major burden of care work under the blackmail of residency permits. It will be an opportunity for LGBTQIA willing to subvert imposed gender roles and for all men willing to fight against a social order that subordinates, rapes and kills women, while it fosters the exploitation of everyone.

This year March 8th will not be a ritual moment. This year it must and can be an opportunity to show how powerful the strike can be when it goes out beyond the official workplaces and throughout the whole of society, when it invades the domestic space, when it expresses a global women’s uprising against a global neoliberal attack. On March 8th even those who cannot “legally” strike will be able to show their refusal of oppression and precarity. Against all the attempts to weaken the strike through legislation and the blackmail of layoffs, women and men are taking it back as a weapon to be used in each place in which oppression and exploitation is exercised.

A strike movement is irresistibly crossing the borders between workplace and society, production and reproduction, between countries and regions: the recent women’s strikes are the most inspiring example of what a transnational social strike can become. On March 8th we will be part of a global uprising aimed to overturn the sexual power relationships affecting women and imposing domination on all society. On March 8th women’s strike will overcome the isolation of the daily solitary struggles of millions of women against oppression, making each voice resonate into a unitary shout: if our lives have no value, then we strike!

Next appointment for transnational coordination is a workshop focused on the March 8th on February 11th, within the TSS Assembly in London (more precise info about exact time and venue upcoming). For taking part or sharing information, statements, materials and experiences of organization and practices contact us at: info.transnationalstrike@autistici.org