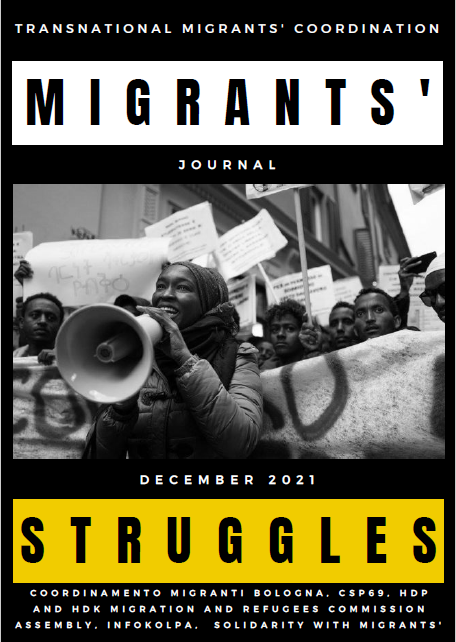 This journal collects contributions from migrants and activists involved in struggles around mobility and freedom of movement in different regions and countries that are integrated in the European border regime. The texts describe and discuss the situation in Greece and the Aegean, the Turkey-EU relations, the role of wars in displacing Kurdish people, struggles and violence along the Balkan Route, the dynamics and protagonists of the newly formed Belarusian route, anti-immigrant policies and forms of struggle in Spain, the conditions of migrant labor and asylum seekers’ struggles in Italy and the undocumented movement that for years now is organising in France.