Careworkers women and migrants amid a pandemic: struggles in CEE and beyond 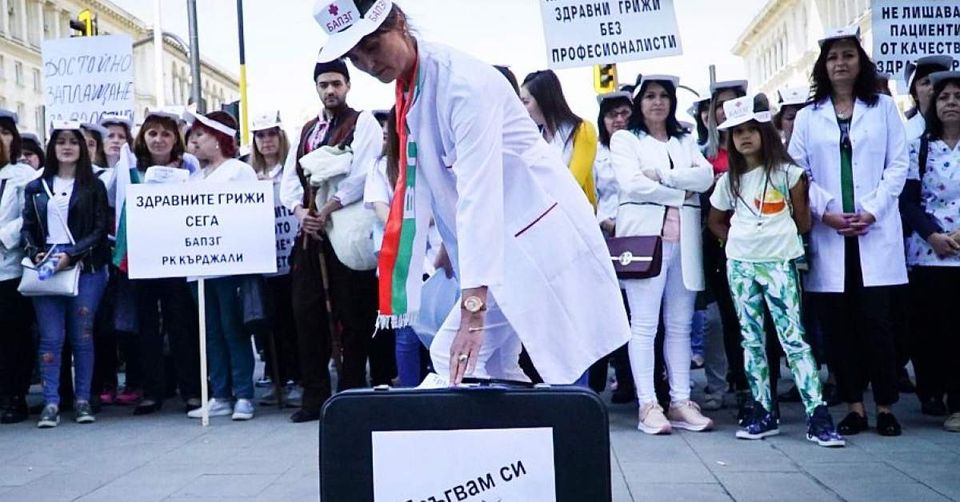 Ongoing struggles of care workers, mostly women and migrants, for better working and living conditions all over Europe showcase the deep crisis within the field of care work.Already before the COVID-19 pandemic EU national governments and private households were massively recruiting migrant domestic and care workers. The latter came especially from East-Central Europe, where welfare is collapsing after years of privatisation and underfunding. Nurses, medical staff, and women from all walks of life have migrated to do care work in Western Europe in search of better lives and wages, while those who stayed behind are working under ever harsher conditions, absorbing the acute crisis of social reproduction in the region. Meanwhile, EU accession processes have often effectively enabled forms of forced migration, aided by border regimes and labour (de)regulations in sending and receiving countries alike. Under formal or informal arrangements, care work often subjects workers to extreme exploitation, limited freedoms, precarious living and contractual conditions, and low level of protection by official trade unions.
The outbreak of the pandemic exposed the essential function of care workers for the survival of entire states. While lockdown closure of schools and kindergartens meant that many working women with children were forced to pass on a double care-load onto the shoulders of care workers, EU governments did not ensure the latter received decent wages and protections during their travels, and excluded them from emergency subsidies. A fallout in the supply chain of care work also meant that many non-EU migrant workers were forced to continue performing their jobs to keep their work permits. Mostly women and migrants, care workers showed their power by refusing to remain silent and continuously self-organising amidst the deepest crisis, staging protests and strikes against miserable wages, interminable shifts, lack of physical and social protections, institutional racism and often male violence.Considering the nexus of EU- and national-level policies in the field of welfare and care, in this webinar we will hear workers and activists in the field of care-work and social work. We will discuss experiences of ongoing struggle and possibilities of transnational solidarity and organising during the vast crisis of social reproduction, worsened by Covid19.Questions for the webinar discussion include:

How do we fight against gendered division of labour which mingles with institutional racism to impose the destiny of care work on women?
How to take back the weapon of the strike – which was revived by the global feminist movement – to challenge this destiny?
How to fight against exploitation and oppression in the workplaces – which in the case of care workers are often private homes – and also in society as a whole, overcoming isolation and seclusion?Invited speakers:Oksana Dutchak, Center for Social and Labor Research, Ukraine

The webinar will take place on September 20th, 18-20 h CEST.A Facebook live stream will be posted in the event and on the pages of LevFem, Transnational Social Strike and Friedrich Ebert Foundation Bulgaria. Post your questions to the speakers in the comment section of the Facebook stream.

*************
This webinar is part of a series coordinated by LevFem and Transnational Social Strike Platform and supported by the Friedrich Ebert Foundation Bulgaria. The discussions are based on exchanges taking place within a new emerging network called EAST (Essential Autonomous Struggles Transnational). Recognizing that European initiatives cannot be built without looking at what happens in Eastern and Central Europe, the EAST network connects organizations and collectives from Central/Eastern Europe and beyond involved in different struggles in the terrains of social reproduction, migration and labour.With this series of webinars, we want to build on the exchanges we have been having within the EAST network by initiating a public discussion about the neoliberal and authoritarian developments in the social reproduction sectors that have been intensified by Covid19, thus seeking ways to interconnect these moments of protest and struggle into a powerful transnational initiative.If you want to connect with the EAST network, please contact us under essentialstruggles@gmail.com