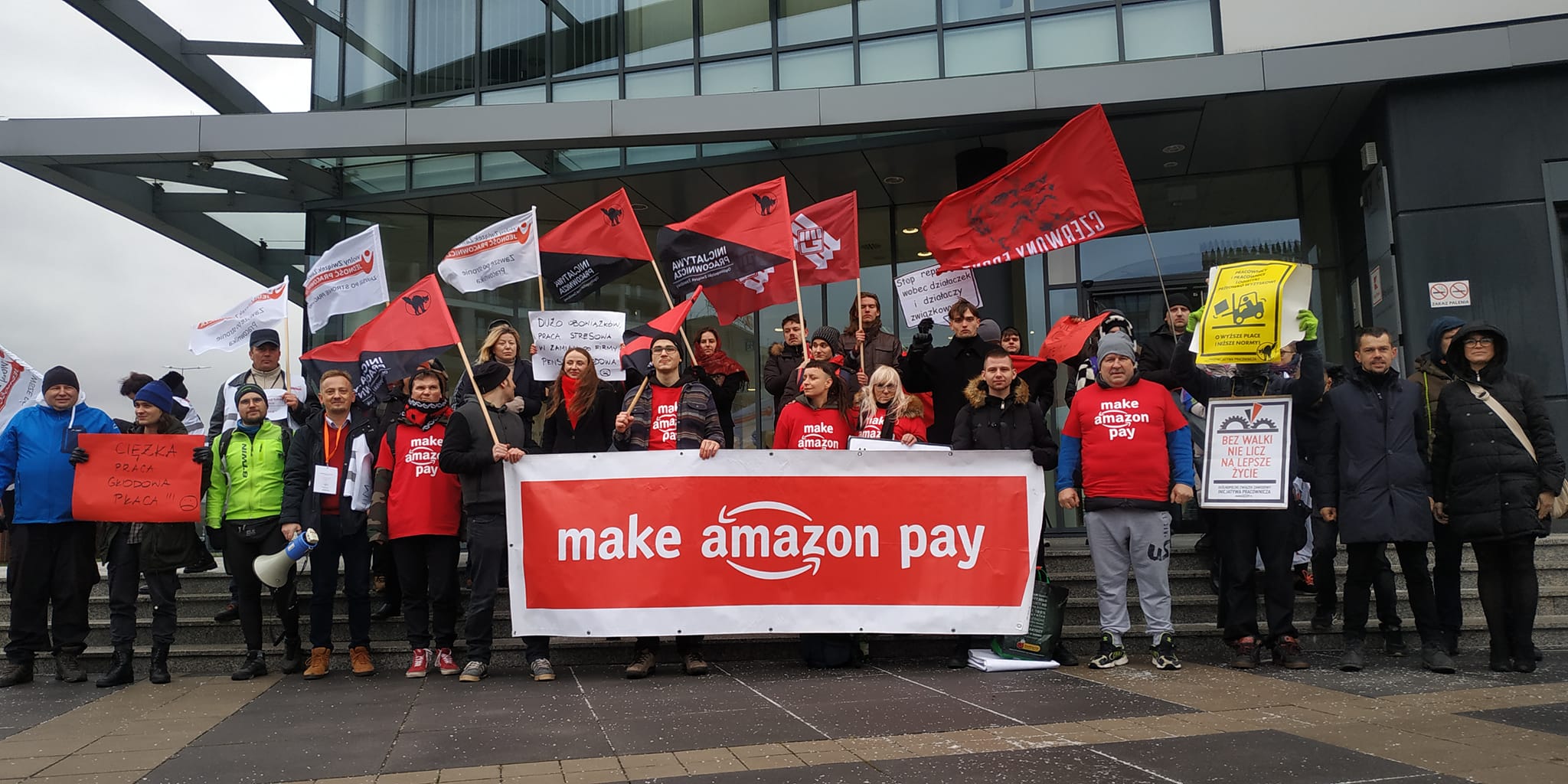 Throughout Europe and beyond, inflation is skyrocketing because of rising energy costs and the
war in Ukraine. Inflation is around 6% in France, 10% in Germany, 12% in Italy, almost 20% in
Poland, while in Turkey it is officially around 85% (while being much higher unofficially). In this
context, we are struggling to make ends meet, while companies like Amazon are making record
profits as if nothing had happened. After having profited from the pandemic, Amazon is now
profiting from war and inflation, rising prices, and membership fees in several European countries,
but refusing to accordingly increase our wages.

As experts say, due to inflation, many customers prefer e-commerce platforms to physical stores.
In many countries, Amazon is their first choice. Why? Due to fast delivery and convenience. The
speed offered and its steady boosting by Amazon would be impossible without the millions of
warehouse workers who work at their best. We know that Amazon’s profits would be impossible
without us. Without the millions of workers exploited in its warehouses. When Amazon makes a
fortune from our hard work, we get poorer!

This year, Amazon announced only minor pay raises: of around 3-7%. We think this is a robbery.
Once again, we are being made to pay for the consequences of a crisis we didn’t cause.
Meanwhile, the business that is responsible for it is doing great! Amazon makes up a huge share
of deepening exploitation, environmental destruction and global warming. And it is shaping energy
policy for its own benefit, not that of the people and planet.

Amazon keeps on introducing robots, digital devices, and new technology. We are reduced to
being components of the machinery. But we are not robots and we don’t want to be controlled by
robots! Repetitious tasks, lifting heavy loads, and constant pressure are harming our health.
Amazon doesn’t care about our well-being and spits out workers after workers. We deserve better!
For all of these reasons, we, Amazon workers from all over Europe and beyond, refuse to pay for
this crisis. We refuse to pay for the consequences of this war or for the corporate greed that profits
from it. We refuse to bear the costs of inflation or Amazon’s profits.

For these reasons, we demand…

…a wage raise that at least makes up for inflation, while we know that a further substantial pay
raise is necessary, as well as closing the growing wage gap between Eastern and Western
Europe.

…that new technology should not be introduced at our cost. It shouldn’t enable or enhance
surveillance, increase the workload, or put workers out of a job.

…that workers participate in the organization of labour. We are the most affected by this and
have the experience to organize it in the best way possible. We must have a real say over every
change in the labour process.