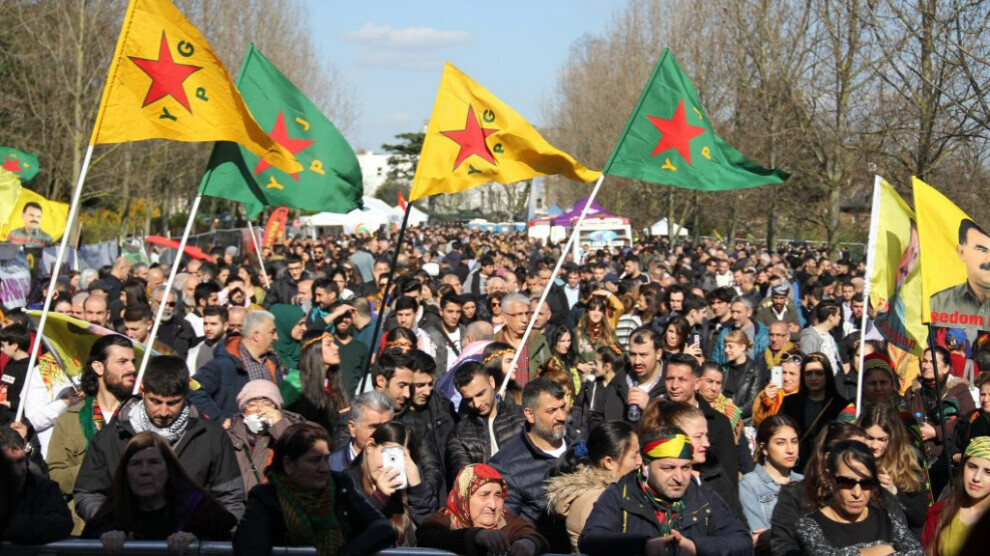 In the face of the new legitimation of Erdogan’s authoritarian regime, we support all those fighting not only against ISIS and Erdogan’s attacks but also against the criminalization of Kurdish revolutionaries and refugees. We claim freedom for all migrants and refugees.

The horrors of war and the cancer of militarisation did not start when Russia invaded Ukraine. The 21st century has been marked by wars without end particularly in Africa and the “Middle East”. The inhabitants of many areas including Yemen, Iraq, Syria, Lebanon and Israel/Palestine have suffered barbarity and repression at the hands of internationally recognised states and other gangster gangs or aspiring states such as ISIL/ISIS. Those decades of mayhem were a crucial part of the deepening Third World War.

The appalling cycle of death, destruction, repression and exploitation has accelerated with the qualitative shift caused by the war in Ukraine. The various national oppressing classes and their state machines are using the situation to press forward their own exploitative and repressive agendas.

This is happening both under the direction of the puppet masters in China, Russia, USA and Western Europe and also as a result of the local national “political elites” looking to take advantage for themselves. None have been more active in seeking to increase their repressive power and influence than Erdogan’s Turkey/Türkiye.

At the same time, this borderless war is legitimising Erdogan’s authoritarian government within and outside Turkey/Türkiye – and both Western governments and Russia agree on that. In quick succession Erdogan attended meetings with two fellow masters of repression (Putin and Iran’s Khamenei) and then appeared as a broker of a deal to allow the movement of grain from Ukraine.

Erdogan’s acts of “statesmanship” are no more than actions by and for the poisonous and patriarchal power of capital and the Turkish state. In reality the talks and deals have been accompanied by preparations for fresh military invasions into North East Syria.

The costs of this borderless war is being paid with the lives and sufferings of predominantly Kurdish women and men in the North East Syrian revolutionary project. Unlike PKK members, the members of YPG and YPJ armed units have relied on asylum rights throughout Europe. However, the strengthening of NATO as the military and political platform of the West is now denying them even this possibility. From now on, not even YPG and YPJ members can expect protection from countries like Finland and Sweden.

After fighting as part of the US-led alliance against Islamic State, YPG and YPJ (and their allies in the Syrian Democratic Forces) were cynically abandoned to fend for themselves and run the prisons and camps for ISIL male fighters, their wives and children. As part of the NATO/Erdogan deal the abandonment of the YPG and YPJ has moved on as they are have been branded as terrorists, subject to open state persecution. They have become bargaining chips in everyone’s deals with Turkey, which in turn has now become a “safe country.” Safe for whom? Certainly not safe for migrants and refugees; not for any forces struggling for Kurdish or other sectional rights or for workers seeking to organise in their own interests.

The Ukrainian war has provided further opportunities for Erdogan’s Turkish state to balance between NATO and Putin’s Russia while it exercises repression and asserts itself as the most significant  “local power”.  For years, the European Union has been criticizing in words Erdogan’s authoritarianism while cynically using it as its borders’ watchdog to hold back the migrants fleeing from other wars and other oppressions. Likewise, while democratic Europe welcomes millions of Ukrainian refugees, it simultaneously gets ready to exploit them in exchange for less than minimum wages.

While liberal Europe considers respect for women’s and LGBTQ+ people’s rights as a condition for joining the EU, it keeps funding the Turkish government. Yet, for years this freedom-hating regime has been challenged by women’s and LGBTQ+ people’s demonstrations – always repressed by police violence – and it withdrew from the Istanbul Convention against male violence just a year ago.

The successive Turkish invasions of North East Syria and the abandonment and betrayal of the YPG and YPJ militants by the states that were previously their   allies and backers is another blood soaked episode in the Third World War.  Erdogan’s  regime continuously bombs the predominantly Kurdish population in North East Syria while it prepares new military operations and the persecution of Kurdish political refugees in the West.

PAAW solidarises with all those suffering from Erdogan’s drive to repression in North East Syria, within the Turkish state and wherever in the world refugees and migrants are being threatened and harrassed.  Practical actions need to be strengthened wherever we can. New focuses include the proposed enforced deportations (including Kurdish refugees)  from UK to Rwanda and any new wave of restrictions or even forced removal from the new NATO members, Finland and Sweden.

As always we seek to strengthen the transnational connections.  We need to struggle within and against the Third World War. We seek to foster and support a transnational politics of peace. That includes a vital core of acting alongside self organised resistance and striking back against the state-organised violence, whether open or hidden,  with which the hegemonic global power of capital crushes our lives. 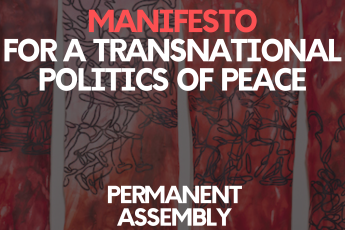 Manifesto for a Transnational Politics of Peace 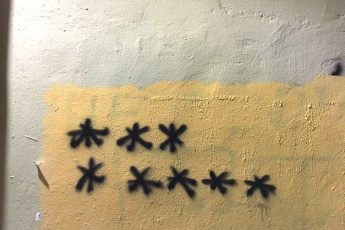 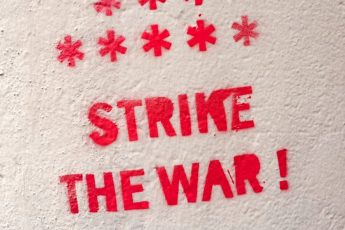