Strike Now for a Transnational Politics of Peace. Outcomes of the II Meeting of the Permanent Assembly against the War 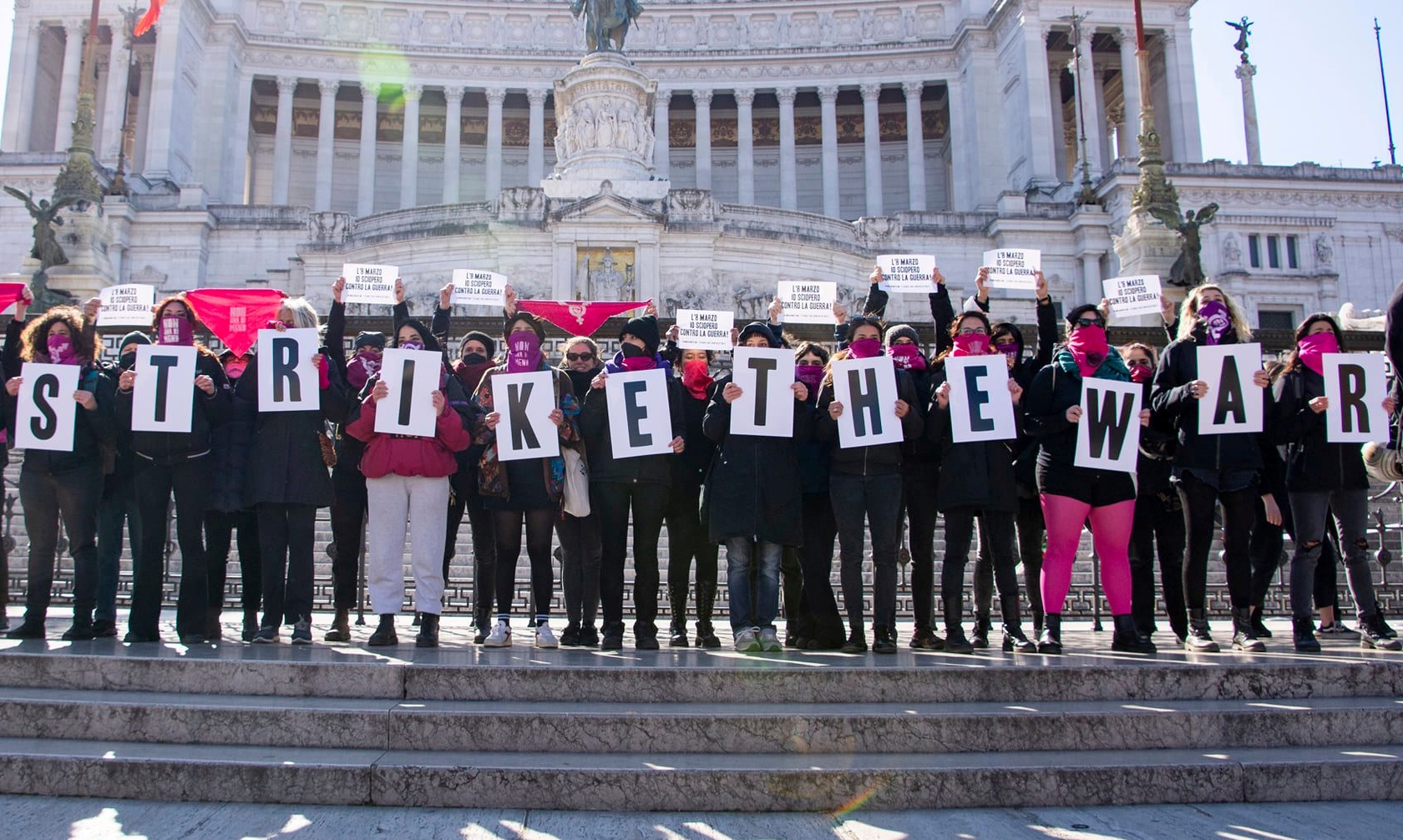 Read here the introductory notes to the assembly.

On April 9 the Permanent Assembly Against the War held its second meeting. After the participation of around 150 activists and workers from at least 15 countries in the first meeting, 170 people took part in this one. More than 270 people overall took part in the Permanent assembly. Most people joined both meetings, while the second one saw many new participants. This means the Permanent Assembly is working as a space where a discussion can develop, but differently from a bureaucratic network, it is an open political infrastructure that new people can join. It must be stressed that participants came from different political and geographical backgrounds, with a strong participation from Central and Eastern Europe. Most of them didn’t know each other before the assembly, but they took part in a long discussion where different positions emerged and common threads were found towards a transnational politics of peace.

We briefly sketch the outcomes of the assembly, without claiming to summarise it: people who missed the assembly and wants to hear the recording can send us an email to info@transnational-strike.info. To receive updates, everyone is welcome to subscribe to the no-to-war mailing list.

Many in the discussion underscored that existing discourses against the war are limited. This is the result of a practice of politics, categories and schemes that were shaped in other political conditions. Most of participants expressed dissatisfaction with slogans that sound unable to grasp the urgency of a transnational politics of peace and the need not so much to side with this or that State, but with those who are resisting in Ukraine, those who are fleeing, those who are opposing the war in Russia and elsewhere. Russia’s invasion of Ukraine and the politics of war enacted by almost all governments involved – which include sending weapons and imposing increasingly harsher sanctions not just to Putin’s supporters, but to the whole of Russia, affecting the lives of millions of men and women, workers and migrants, well beyond Russia – force us to face a new reality. In fact, this war happens in a reality that was already shaken by transnational dynamics of power that go beyond mere geopolitical issues and complicate our transnational collective organization while making it more urgent: from global supply chains (and their disruptions and reconfigurations) to movements of people, from finance to technological and economic integration, from the climate crisis to the rush to grab new resources.

It is this reality that pushes us to try to go beyond the many protests and initiatives of solidarity in which most of participants in the assembly are involved locally, and that the Assembly collectively supports. We recognise that these initiatives are important, but insufficient. We need to build a collective capacity to impact this new reality, starting from the need to find a different discourse to oppose the invasion of Ukraine and the war politics. The search for a transnational politics of peace is the name of this common effort.

This implies the need to overcome the risk to let Putin’s war kidnap our political imagination and questions the legitimacy to discuss about a collective struggle against it. The war is today in Ukraine, but concerns us all and our collective political capacity. While we oppose this war of aggression, we also build the meaning of peace. We want shelling and massacres to end, but our politics of peace is not a matter of agreements between states: it concerns what kind of world we want to live in, what kind of struggles we want to resume and push forward in order to build it. In spite of the various positions that emerged in the assembly around the problem of armed resistance, everyone is on the side of those who are fighting and resisting, but at the same time we refuse the alternative between war and more war. A transnational politics of peace supports those who fight the aggressor and resist to all that would make the war larger. Our peace is not just the absence of war, but a transnational politics against nationalisms, against the state politics that led to war, enhances exploitation, reproduces racism and reinforces patriarchy.

During the assembly all the collectives and organizations present expressed their engagement in supporting the opposition to this war of aggression. There are those who are organizing solidarity aids, collecting funds and protective gears to help those who remained in Ukraine. Others are supporting those who are fleeing the war. Grass-roots trade unions are establishing connections with workers in Ukraine to bring solidarity and address together the worsening of working conditions and the withholding of wages with the excuse of the war. Anti-racist and migrant collectives are acting to bridge migrants struggle to move freely across the borders with the massive new arrivals of refugees from Ukraine and the changes this brings to the EU borders regime, knowing well that the welcoming attitude of the EU will soon time out. Feminists in Russia and elsewhere are collecting contraceptive and abortions pills to try to sustain those women who have been victims of rape. Teachers and students are organizing to oppose the war in Russia and are discussing how to make visible even individuals forms of refusal to the war, without risking to be prosecuted and arrested. These and many other initiatives have been presented in the assembly. Starting from here we recognized the need to bridge the different initiatives we are involved in and find common discourses and common terrains of struggle.

While the Permanent Assembly is a crucial tool in this direction, to shape this transnational politics of peace, many interventions underlined the need to make visible the existence of this political project. The issue of how to mobilize across the borders on May 1st, already discussed in the first meeting, was raised again. We committed to promote a clear stance against this war of aggression and on the side of those who are hit by the war, to write a common statement and produce common graphics for the upcoming mobilizations on the 1st of May.

Different interventions asked which practices of struggle can be effective not just against the war, but to build and consolidate a transnational politics of peace. We discussed the need of developing common demands and struggles, like the claim of freedom of movement for all, the demand for an end to the racist EU border regime, and the release of unconditional residence permit to all migrants and asylum seekers; the opposition to anti-labor reforms, wage cuts or increase in housing costs and bills carried out with the excuse of the war; the fight against patriarchal violence in all its forms. With the Russian feminists, which are the backbone of opposition to the war in Russia, we discussed to put the strike against the war at the centre of our political horizon.

We need to strike the war. We need to strike now for a transnational politics of peace. We think these words must resonate across the many demonstrations planned the next 1st of May and we will act together to make this happen and enlarge the Permanent Assembly against the War, before meeting again right after May 1st. 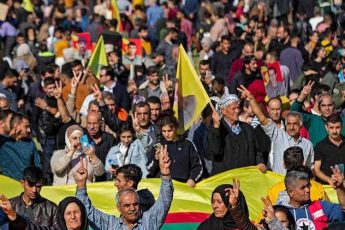