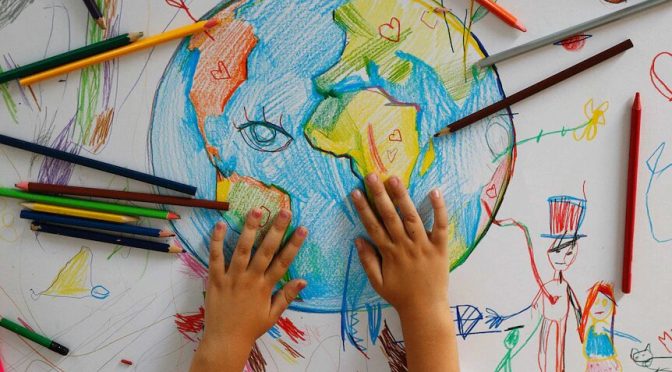 We publish a statement written by the Bulgarian feminist collective LevFem together with several organizations, collectives and activists for ecological and social justice (list below the text) asking the government to urgently take measures so that the enforcement of the European Green Deal in the country does not become a social disaster.  As in several other countries, decisions on the timing and character of the green transition are being taken far above those who will be most affected by it. As protests of miners in the last weeks have powerfully denounced, the closure of mines without a clear plan for compensation will bring entire regions to their knees. In this conditions, stopping fossil fuel plants without investments will foster the privatization of the energy sector causing further increases in energy prices. Housing insecurity, scarce insulation and difficulty to heat homes, increased burden on women to support households with their unpaid labor, racism against Roma people and migrants: all concur to aggravate the situation in front of the lack of concrete plans from the government, a part from passing over the European funds to private enterprises. From Bulgaria a strong voice is raised so that the urgency of contrasting climate change does not become an excuse for social slaughter against those who are already impoverished by decades of austerity,  whence Central and Eastern European countries have paid the highest price. As we discussed in the meeting hosted by TSS in December, this situation is common to various countries and it requires a response at the transnational level to fight against this neoliberal transition which is unable to address properly the problem of climate change, while reinforcing poverty and exploitation.

Climate change is one of the most serious threats facing humanity today. In Bulgaria, they already lead to stronger and more frequent storms, torrential rains and floods, prolonged droughts, heat waves and other natural disasters that will continue to worsen in the future. These events are a direct threat to ecosystems and negatively impact poor and vulnerable people to the greatest extent.

Addressing the climate crisis requires urgent measures to reduce the country’s greenhouse gas emissions, which imply large-scale economic changes. This will inevitably affect those directly employed in the coal industry and their local communities, but also the rest of society, especially low-income groups in Bulgaria, the majority of whom are women, the elderly and Roma people.

We cannot allow the price of these necessary measures to be borne by the communities that are most affected by poverty and social exclusion and therefore at further risk from the effects of the climate crisis. Bulgaria is the poorest country in the European Union and is also the record holder in terms of inequalities. The gap between the incomes of the poorest and richest 10 per cent is more than 15 times. At the same time, a third of Bulgarians cannot afford to heat their homes adequately in winter, and one in four children does not have a second pair of shoes.

In order for the European Green Pact not to be just another painful ‘transition’ (as the one we lived through the 1990s), it must lay the foundations not only for a greener but also for a more solidarity-based and fairer society. The burden of this transition must not fall on the already disadvantaged parts of society. Measures to reduce carbon emissions must be extended to all other heavily polluting sectors, and their cost must be borne by the main responsible parties – the corporations and their owners – and not by the workers and communities who already bear the burden of low incomes and social inequalities.

To stop the climate catastrophe and address the needs of affected communities, we, the undersigned, demand the following:

We urge the government to make a greater effort to communicate the existential crisis of climate change to the public based on the most up-to-date and reliable scientific information on the issue – the reports of the UN Intergovernmental Panel on Climate Change. We urge the government to make the public aware of Bulgaria’s role, on the one hand, in exacerbating the crisis and, on the other, in supporting solutions to mitigate it.

We urge the government to communicate clearly to the public all the obligations to the European green transition that have been and are being made and the associated commitments. There needs to be transparency about whether the plans and strategies being approved in the energy and other sectors are in line with the commitments the country has in terms of reducing emissions.

We urge the government to provide access to the technical data and expert information that it receives in relation to the transformation of coal regions, as well as publicity for ongoing planning, for example in relation to the Territorial Just Transition Plans.

We urge for a serious national commitment to mitigating the climate crisis. We urge Bulgaria to defend the principles of a just transition at the international level for the fastest possible exit from fossil fuels, which does not shift the burden of mitigation to poorer countries, while correspondingly requiring rich countries to do even more.

Democratic participation – nothing for us without us!

We demand that climate policies – including those for energy transformation – are developed and implemented with the active participation of local communities, trade unions and NGOs. The voice of the people and communities in whose name these policies are inacted must be heard and respected.

A plan for people and nature

We urge the Bulgarian state to develop an energy transition plan that includes:

Development of different energy transition scenarios by the end of 2022, showing the technical options for replacing fossil fuel power plants. Each scenario should include a timetable for the replacement of energy capacities with new clean energy sources and propose a different option for ensuring energy security in line with environmental requirements and decarbonisation targets.

Mobilisation of the necessary public funding for the green transition in Bulgaria, including by bringing back the progressive tax system and introducing a corporate pollution tax. Tax credits, tax breaks and subsidies for environmentally friendly industries should be converted into shares that pay dividends to society.

Possibility of early retirement for current workers in mines and power plants according to criteria related to age and/or length of service and payment of compensation from the national budget.

Clear plans with effective measures to ensure long-term alternative employment and state-guaranteed decent pay and employment for workers in the affected regions and economic activities. Establishment of a state-owned enterprise for high-tech goods (such as green energy technologies) to absorb unemployment and provide 1) on the one hand, decent wages and working conditions for former miners, and 2) to balance the process of concentration of the energy industry in private hands, which the closure of the mines will intensify. The activities of the state-owned enterprise should be limited to those that have a public benefit and are most environmentally and climate friendly, and subject to democratic scrutiny.

Provision of sufficient funds to adequately compensate property owners and farmers in the villages of Bely Bryag and Troyanovo, which are to be absorbed by the mines and which have been living as doomed villages for years, but for which no end date for resettlement has even been agreed, nor an adequate plan for this or for decent compensation.

Introduction of urgent policies to eliminate energy poverty. Policies should include: the adoption of an inclusive definition and measures against energy poverty, including addressing those at risk of falling into it; a ban on electricity supply cut off for unpaid bills; deferred payment options; a free minimum of 300 kWh of electricity for vulnerable and at-risk households and progressive pricing; tiered support programmes to improve home energy efficiency, including using green insulation and replacement of heating with clean energy sources;

Democratisation of electricity generation and distribution by introducing a regulatory framework for renewable energy producer-consumers – individually for households and businesses, but also by associating in energy communities; reducing administrative burdens on individuals that are currently similar to those of for-profit energy producers.

Abandoning natural gas as a transition fuel and removing the plan to build combined-cycle power plants in the Maritsa Basin from the Recovery Plan and from the country’s decarbonization strategies in general.

A transformation where no one is left behind

Defining and implementing measures to overcome the specific vulnerability of certain social groups – the elderly, women, Roma, single parents, the uneducated, the unemployed, refugees. Elimination of the gender pay gap, raise in the incomes of those working in feminised professions (garment workers, teachers, nurses, cleaners, maids, saleswomen), reduction of income inequalities and an increase in the minimum pension in order to reduce socio-economic gender inequalities.

Radical improvement of housing conditions for Roma, including: a ban on forced evictions and demolition of homes that serve as only home; a massive initiative to regulate unregulated properties and neighbourhoods; infrastructure investment in Roma neighbourhoods, including towards energy efficiency and disaster prevention. Serious investment in education and skills in the Roma community, relevant to the labour market, to ensure an equitable economic transition for the community and not limited to low-skilled and low-wage sectors. Investment in capacity building and self-organisation in the Roma community to ensure active community participation in all decision making and performance monitoring processes.

Work towards closing the gap in refugee protection by recognising climate induced migration as a legal ground for asylum. Strengthen efforts towards the successful integration of refugees in Bulgaria.

Environmental and social economy and infrastructure

Development of cheap and convenient urban and inter-city transport, modernisation and development of rail transport at the expense of road and air transport. Ban on short-haul passenger flights. Introduction of measures to reduce individual urban travel, such as the creation of self-sufficient neighbourhoods and effective restrictions on private cars in areas with developed public transport.

With a view to effectively reducing greenhouse gas emissions, effective restrictions on high emitting sectors such as construction and buildings, the chemical industry, industrial animal agriculture.

Introduction of regulations in the banking sector to restrict the financing of polluting industries.

End of ‘forest feudalism’ whereby much of Bulgaria’s forests are in the hands of private companies that exploit public resources (forests, game, buildings) at the expense of the state. Introduction of effective measures to curb illegal logging, deforestation and the use of wild pastures for construction or industrial agriculture. Encouragement and subsidisies for environmentally friendly forms of farming that preserve the carbon sequestration properties of the soil.

Establishing mechanisms to financially assist citizens to cope with losses and damages caused by climate disasters, as well as providing temporary alternative shelter and subsistence until the vulnerable situation is overcome.

As economic growth cannot be separated from the depletion of natural resources and the generation of greenhouse gases, we call for a careful assessment of the country’s priorities for future economic development that takes into account that preserving the well-being of people and nature must come before preserving profits.

Foundation For Community Empowerment and Cooperation

Ecological association For the Earth, part of Friends of the Earth 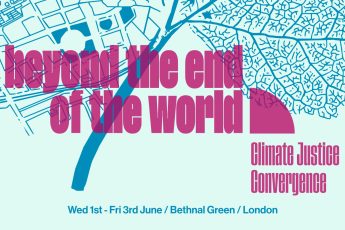 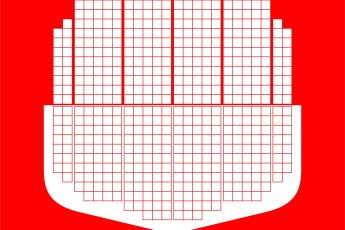 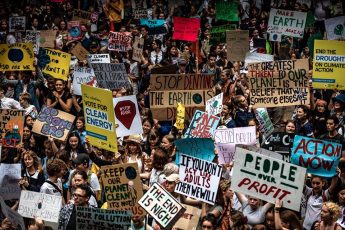