May 1st: Call for a Transnational Migrants’ Struggle 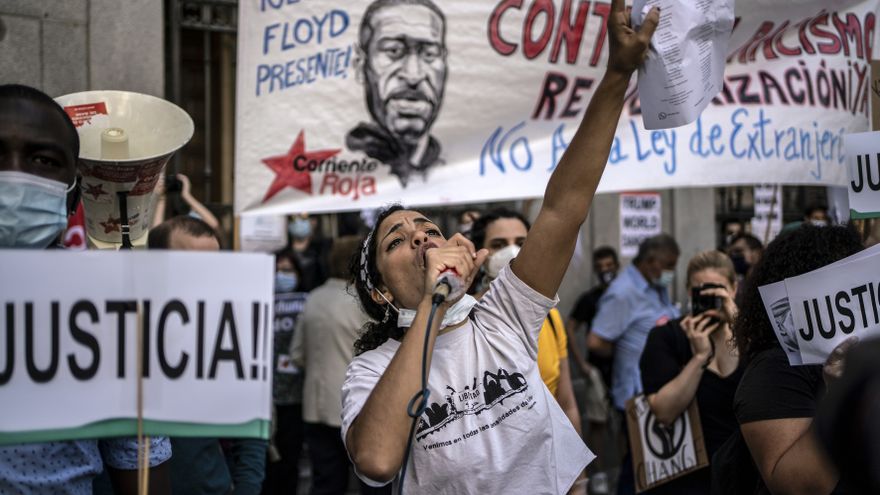 The Transnational Migrants Coordination calls on all migrants – men, women, LGBTQIA*, refugees, asylum seekers and undocumented – to a day of transnational struggle. We invite all workers, collectives, feminist and anti-racist groups and trade unions to make this May 1st a day for the freedom, the power and dignity of migrants. A day of strike against the institutional racism that supports exploitation and reproduces patriarchal violence.

In this year of pandemic migrants have been demonstrating all over Europe to break the isolation and to refuse the blackmail that hangs over their lives. However, national demonstrations are not enough. European governments, when they have granted regularizations, they have done so only to secure cheap labour in essential sectors, leaving intact the blackmail of the residence permit and the strict government of mobility. While funds are allocated to tackle the economic and social crisis, the EU and its states are strengthening the regime of racist laws. That’s why on May 1st we want to push forward the transnational organization and mobilization, to shout out loud together that the lives of all migrants matter, whether they are inside or outside the EU, regular or irregular.

On March 8th, we migrant women were at the forefront of strikes and demonstrations to say that we are not victims, but fighters: we fight everyday against a racist and patriarchal society which, because of the color of our skin, our origin and sex, continues to assign us to poor, albeit ‘essential’, jobs. Our essential work sustains the welfare of many European countries, but we are left without aids and treated like servants. The blackmail of the residence permit for us means not only dependence on the work contract, but in the case of family reunification, dependence on fathers and husbands, even when violent. Our leading role in the feminist strike is an indictment against the racism and sexism with which, with or without citizenship, we have to deal on the streets, in workplaces, houses, services and public institutions. On May 1st, we’ll be at the forefront and we invite all migrant and non-migrant women to be on our side to shout out: “our struggle is essential, our strike is essential”.

With the transnational mobilization on May 1st, we call all those who experience racism, exploitation and sexism to stand with those who, from the Mediterranean Sea as well as from the Balkan route, continuously try to cross the European borders, facing rape, violence and ruthless police interventions. With its new Pact on Migration and Asylum, the European Union calls ‘solidarity’ what is nothing more than organized violence: it tightens up the criteria for obtaining asylum, establishes access quotas based on the economic calculations of the member states, and concludes agreements with third countries for the management of the movements of migrants. On May 1st we will take part in a political strike against EU’s racist laws, which multiply expulsions and take us away from where we have built our lives, which force unaccompanied minors to go through inhumane assessment procedures, and which lock us up in detention centers where living conditions are degraded or in camps where our presence is often not even declared. Far from the borders, the same institutional racism divides “economic migrants” and asylum seekers according to different legal statuses that condemn us to a common precarious future and to exploitation. In warehouses, fields and cleaning services, in supermarkets as well as in construction, housing and delivery platforms – they force us to live with starvation wages. Against this racist and systemic exploitation we claim higher wages for every migrant worker. Even access to decent housing or medical care is marked by the violence of racism. Despite the pandemic, the vaccination of migrants is not even considered, while we are overcrowded in reception centers, detention centers and refugee camps, where the risk of contagion is higher. To reject the role of a disposable workforce, imposed by racism and the violence that supports it, we organize, mobilize and strike.

The Transnational Migrants Coordination calls everyone to express their rejection of the European regime of patriarchal racism and exploitation on May 1st, by demonstrating and striking in the squares, streets, workplaces and on the borders to demand a permanent and unconditional European residence permit, dissociated from work, income and family. On the day when we traditionally celebrate the strength of workers, we want to create a common front and shout out that there will be no collective freedom as long as migrants’ lives will be enchained by the blackmail of the residence permit and as long as migrant women will be constrained in essential and bad paid jobs and exposed to violence. The exploitation of all workers cannot be broken as long as migrant workers remain isolated and affected by racism. The strength to overthrow this world must come from our collective practice of freedom and insubordination and our ability to organize transnationally.

To add your group’s signature to the call write to: transmigrcoordination@gmail.com