Free from Patriarchal and Border Violence, Free from Exploitation. From 8M towards a Transnational Migrants’ Strike 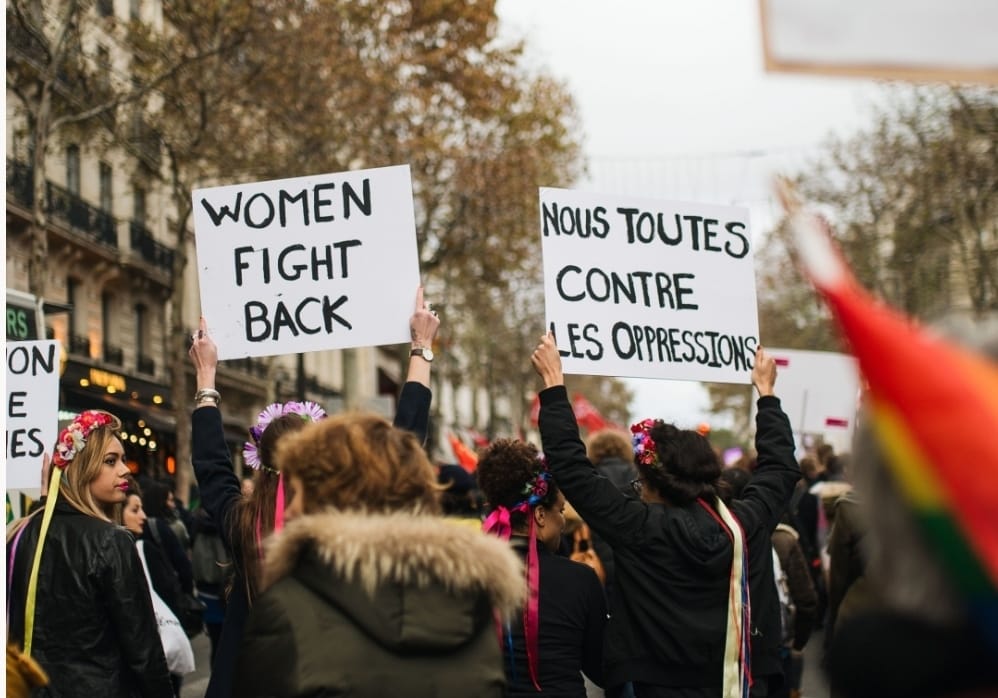 Report from the 2nd public assembly of the Transnational Migrants’ Coordination [watch the video here: https://fb.watch/44sgRYnrF_/]

The main topic of the discussion was the organization of the feminist strike of March 8th from a migrant perspective. Several comrades told us about the migrant women’s struggles during the pandemic. From the strike launched by the Women’s Assembly of Coordinamento Migranti Bologna against exploitation, sexist and racist violence experienced at the warehouses of Yoox, an online fashion retailer, to the strike of the Ibis Hotel’s migrant maids, who were harassed and exploited by the subcontractor, to the struggles organized by Marche des Solidarités all over France, which has seen a huge participation of migrant women. From the daily struggles inside the workplaces to the ones against the institutional racism faced every day by migrant mothers and second-generation migrants. From the movements of migrants trying to reach Europe and facing dangerous travels, to the struggles of Eastern European women employed in the (health-)care sector within the EU. From the resistance to unbearable situation inside refugee camps in Greece to the revolts to police harassment and harsh conditions along the Balkan route.

The debate showed that it is harder and harder to cross the European borders, whether the passage is through Morocco, by the Mediterranean Sea, or the Balkan Route. Many of us underlined how borders are particularly dangerous for women, who are often young mothers and who constantly risk being raped. Different interventions stressed that EU border police is threatening the lives of those are seeking a better life, and particularly women’s lives. At the same time, we know that what happens at the border is linked to what happens within the borders, i.e. the living and working conditions of all migrants already residing in the EU. We can’t forget one or the other dimension of our struggle.

The interventions stressed that women don’t want to be labelled as victims of this racist and patriarchal system, because they are above all fighters, who have always been on the front line not just in the essential works, but also in the demonstrations, even having to remind to male comrades, friends and partners women freedom to speak up and take the lead of the struggle. Women power has been able to transform pandemic in a year of struggles. Women power is important to consolidate a common and revolutionary political space for all, in order to fight together and organize transnationally. In fact, while we fight exploitation, institutional racism, and male violence, we must also fight to overcome the fear that impede us to claim our freedom as migrants, as workers, and as women.

Different interventions stressed how migrant women that demonstrated and went on strike during the pandemic were working, for the vast majority, in the sectors which have been considered “essential”. As “essential workers”, migrant women, as well as migrant men, live under very precarious conditions, are poorly paid, and live under the threat of losing their residence permit. We cannot accept that married women’s status must depend on their husbands’ residence permit. We know that the struggle against patriarchy and male violence must simultaneously address institutional and racist violence against all migrants and that there can be no powerful feminism without this double struggle.

The assembly showed the need to find common claims that can respond to the different conditions women live as migrants, and that can help us to build a transnational organization in order to gain freedom for all. It is in this direction that several interventions stressed the role of documents as a form of racist and patriarchal violence, which chains migrant women to their husbands and all migrants to their employers. In order to confront and stop this violence, the assembly discussed the claim of a European and unconditional residence permit that does not depend on our marital status, labour contract or income and can be a collective response against institutional racism and the blackmail the residence permit. The claim of European unconditional residence permit won’t end racism and patriarchy in one day, but it can be our weapon to fight all together regardless of our specific legal status, of the country where we live or come from. Many interventions stressed indeed the need to overcome national divisions and the fragmentation of conditions produced by documents: the claim of a European and unconditional residence permit is the way to put our common interest ahead. The European, unconditional and permanent residence permit could be for us a weapon not only to fight exploitation and institutional racism and patriarchy, but also to fight against the European agreements, that aim to control our mobility and keep us in degraded hotspot, reception or detention centers.

It was also raised the question of connecting the problems of second-generation migrants with those of the first generations, starting from the recognition that the migrants’ children have to deal with institutional racism as their parents do but, and even if the obtain the citizenship they continue to be subject to hierarchies depending on the colour of their skin, their origin or even their name. During the assembly we discussed also the “Essential Strike Manifesto” launched by EAST (Essential Autonomous Struggles Transnational) starting from the conditions of women in Central and Eastern Europe and shared the importance of joining the migrants’ strike with the strike of all essential workers fighting against that same system of exploitation that works through the patriarchal and racist lines that divide our society. In addition, the EU plans for economic reconstruction after the Covid-19 crisis, will be a burden on the shoulders of workers, especially women and migrants. That is why it is even more important to be ready to fight together for our freedom and to strike together on March 8th and beyond.

The whole assembly stressed that we are not at the beginning of our struggle: migrant women during the pandemic have raise their heads and broke the silence. From this public assembly migrant women launched a clear message to all migrant women and all women in general: we can fight together, we must fight together! If we want to destroy patriarchy, we need to surge against racism and exploitation as well. Women will not be free if migrant women keep being chained to a document and to borders’ regime! The feminist strike of the 8th of March is the opportunity to start building a “common front” and to interrupt, at a transnational level, the functioning of a racist and patriarchal society which exploits, insults, and kills. For this reason, we invite all women to share our claim for a European unconditional and unlimited residence permit, that does not depend on family status, labour contract or income. This struggle will continue after the 8th of March with the aim to build a wider general mobilization of all migrants, workers, and antiracists to claim a European unconditional residence permit and the freedom of movement on May 1st.