Our Lives Are ‘Essential’ – So Our Struggle Is Too 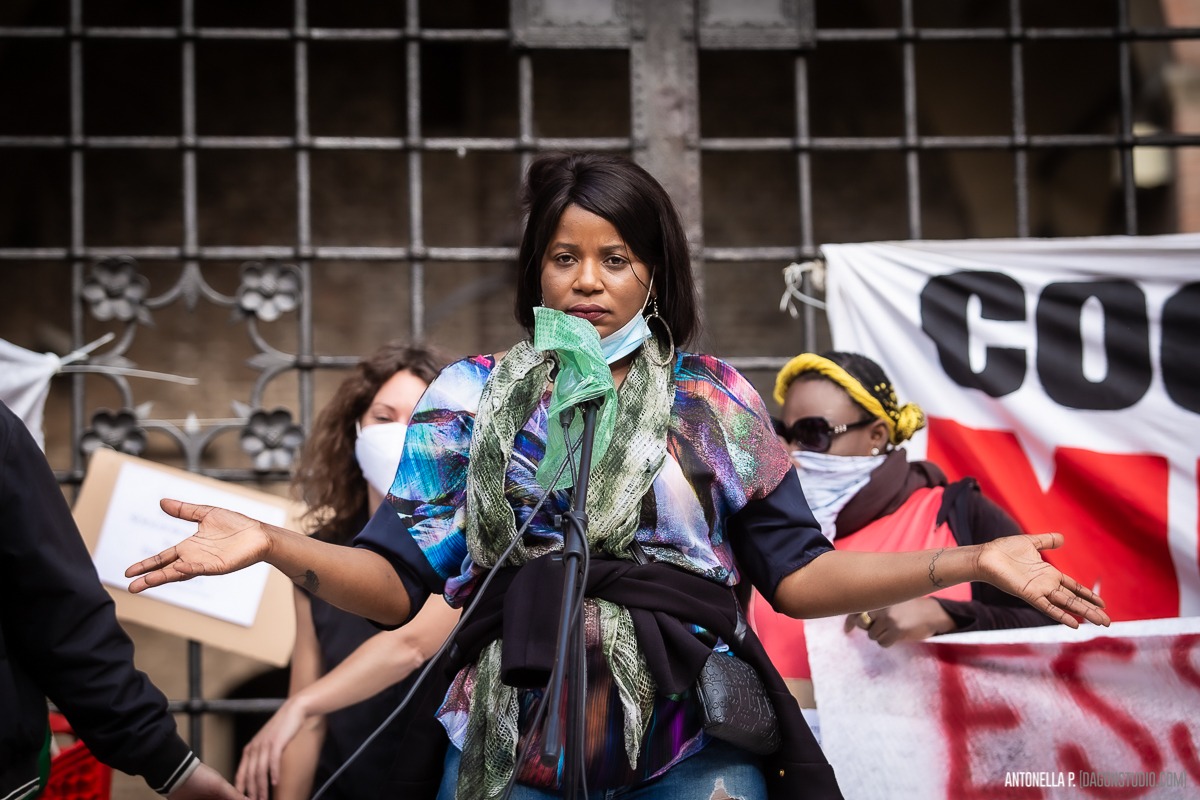 We publish a text that is the outcome of a big assembly of migrant and Italian women held in Bologna last August. The text discusses how, starting from very different conditions, migrant women struggle daily against the blackmail of the residence permit, against both institutional racism and male violence. COVID19 has increased their exposure to exploitation in the workplaces, given that many of them do essential jobs, where work rythms have increase at the same wage, many of them have lost their job, home and documents. They announce though that their struggle is as essential as their work, in sight of the big transnational day of action of October 17th.

We women – black and white, migrant and Italian, workers and students – have long endured adversity and discrimination. The pandemic only serves to reinforce it. For this reason each and every one of us will challenge whoever tries to shut us down simply because we’re women – to those that give orders in shops and warehouses, along hospital aisles and across office spaces. For this reason we seek to transform our individual everyday struggles into collectives ones. This is the political novelty of the demonstrations put into action this year on May 30th, June 20th and July 23rd, across Italy and dozens of other countries. We will continue to make our voices heard against male and racial violence and we demand a Europe-wide residency permit – without conditions.

Taking to the streets means we’re no longer alone when it comes to thinking about how to renew permits, obtaining citizenship, or buying contracts that ‘regularise us’ – which only serve the ‘right to be exploited according to the law’. We say no to the maltreatment of bosses: we will not accept violence simply for fear of losing an ‘essential’ job, or for fear of being unable to pay our bills and rent. We will take to the streets and we will do so rejecting the status as ‘aggressive, hysterical or angry’ when we decide to speak out. We are no longer alone, because now we fight together. We are no longer divided or isolated because we know we can build a common force.

We live different lives. We came here because we wanted to improve the lives of our children, as well as ourselves. We were born here, and thanks to the struggles of our mothers and fathers, now we have a better chance at life. We came here as girls to study and chose the paths that interested us. We came here to save ourselves from wars, violence, authoritarian regimes, with the hope of finding a better horizon than the one we left behind. But at work, in school, on the street, racism tells us that we should accept positions of subordination: that that is our place, that we don’t have the right to stand up for ourselves. Sexual harassment serves as a continuous reminder that we’re supposed to be submissive just because we’re women. No matter where we are, we find ourselves fighting to be heard as women, since there’s always a man rushing to explain to us how life works. But we will not falter because there isn’t time. We don’t need lessons, because we refuse to be told how we’re supposed to behave, or what kind of women we’re supposed to be. For many of us, speaking out publicly has not only risked loss of work or punishment, but it has also put us at conflict with our own husbands or fathers, who don’t want us to fight. They know full well that for us, striking means more than just criticising institutional racism, company conduct or the actions of the European Union, striking is a protest against anyone who thinks they have the right to tell us how to live – both in and outside of our homes. We’re tired of working for more than 40 hours a week without break for scraps of change. We’re tired of sanitising spaces at risk of our own lives, only to receive insulting pay checks. We’re tired of having to wait years to get citizenship, and of a perennial racism that tells us we’re inferior even after we’ve obtained it. We’re tired of being considered ‘good at cleaning’ because we come from ‘the East’. As the Women’s Assembly from the Migrant Coordination, we know what it means to fight together, because when we fight, we know it’s the only moment where we’re not alone. We know that as long as there are women chained to the blackmail of residency permits, racism will persist at school, at work and on the street. We want to tell women that here you can communicate freely, we can organise ourselves freely in a collective space that won’t reproduce the isolating hierarchies of a society that wants to keep us silent and in subordination. The Women’s Assembly shows that it’s possible to break the confines that divide us at work, school, university, within and outside of our homes, and to have a collective voice.

With this voice we want to make it clearly heard that next autumn we’ll be coming together, as migrant women, black and Italian, against racism in all of its forms, against male violence and exploitation. Because our struggle is essential.