The Infections of Exploitation: Migrant Labor and Pandemic Normality in Europe 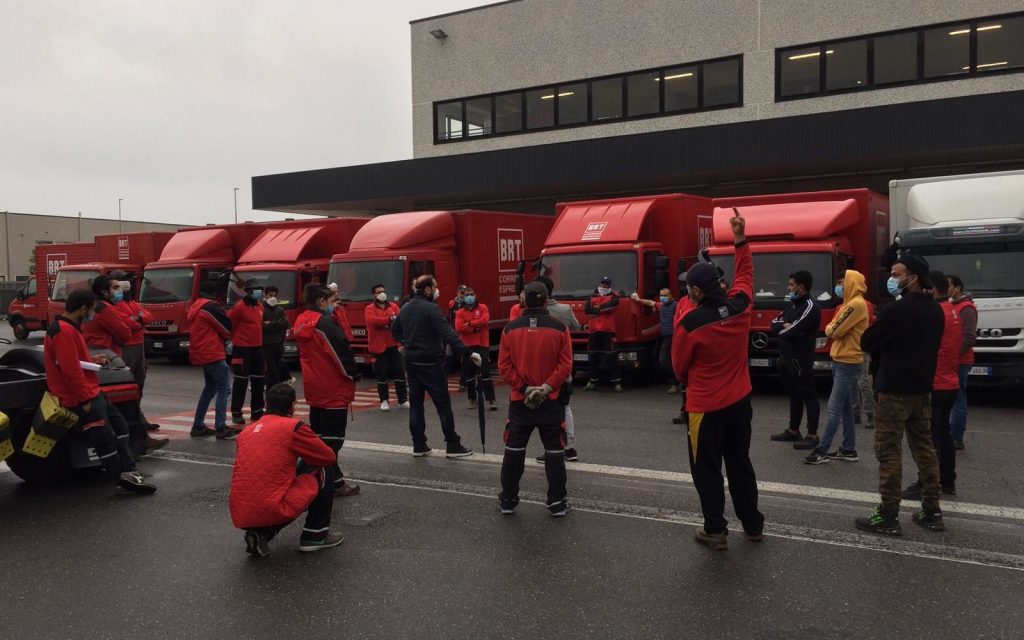 The new normal of the pandemic in Europe, the so-called cohabitation with the virus, is showing that the safeguard of the economy means protecting exploitation and a complete disregard for workers’, and especially migrants’, health and living conditions. As a result, migrant workers in Germany, Italy, the UK, France and in many other places are currently suffering a high rate of coronavirus infections. What is happening shows that, behind the veil of different countries’ performances in the containment of the pandemic, the reality of Europe is that of squeezing EU and non-EU migrants as cheap and expendable workforce.

In Germany, a country where the epidemic seemed relatively under control, now the situation is critical in Gutersloh, in North Rhine-Westphalia, with hundreds of (mainly Southeast European migrant) workers infected in the country’s biggest single outbreak discovered at a giant meat processing factory. As a response, a few days ago the prime minister of the region has declared that migrants are responsible for the outbreak. While the public attention across Europe focuses on the risk of a new lockdown in the area, the coronavirus outbreak brought to the light the terrible working conditions normally existing in the German abattoirs’ industry. Workers, mostly from Eastern EU countries, such as Romania and Bulgaria, started to speak out revealing the unbearable workloads, unpaid overtime, abusive foremen and the pressure to work even if sick.

In the UK, a country heavily hit by the virus after a first period of denial by the government, over 450 Covid-19 cases reported at food factories in England and Wales in recent weeks, with Unions saying that living conditions of many low-paid workers in the factories is a contributing factor. The concerns so far in the media are more to do with possible infections in the supply chain to the UKs biggest food retailers rather than the everyday work and living conditions of the mainly migrant workforces which are hidden from the public’s view.

In Italy, the first European country to be knocked down by the coronavirus and now experiencing a sensible reduction of infections, new outbreaks are emerging inside the warehouses of logistics and in housing projects occupied by daily laborers. In the Northern city of Bologna dozens of cases have been discovered in a warehouse run by the logistics firm Bartolini employing mostly hyper-precarious non-EU migrant workers, some of which are asylum seekers living in overcrowded reception centers. In the last months, local authorities didn’t heed migrants’ denunciations of their living conditions. Now, again, despite the numerous requests by migrants and trade unions to elevate safety standards after the discovery of the first cases, the firm and the local authorities did nothing, allowing the infection to spread inside the workplace and where migrant workers live. In the meanwhile, in the Southern city of Mondragone, an outbreak exploded among daily laborers in the agricultural sector, mainly from Bulgaria, living in poor conditions in overcrowded buildings used as dormitories. When the buildings were declared red zone by local authorities, some workers continued to go to work early in the morning to earn a living, whereas others found their way back home closed. While tension is growing, this situation revealed once again how the agriculture industry depends upon workers whose working conditions make it to the news only when they are considered a threat. The mechanisms of discrimination that keep these migrants in poor housing conditions, the labeling of these migrants as ‘stupid gypsies’ in the public discussions around the issue in by the media of their country of origin, or the suggestion that they are ‘plague spreaders’, are instrumental to their brutal exploitation fostered by national governments. This shows that even if Eastern EU migrants cannot be blackmailed by residence permit – like non-EU migrants – institutional racism finds other ways to keep them in the lowest ranks of a segmented labor market.

These symptomatic cases are only the tip of the iceberg, a window opened to give us a glimpse in the reality of EU’s economy and the way migrant workers are considered besides the rhetoric of ‘essential laborers.’ European institutions and national governments have facilitated the movements of workers for the sake of European supply chains. Amid the pandemic, some EU governments recruited migrant women as (health-)care and domestic workers, overlooking their safety and allowing employers to pay them miserable wages. But none of these institutions cared about the working and living conditions of these workers, assuming that companies and employers would self-apply what are loose safety rules and pretending not to see that in many logistics hubs or in dormitories the very organization of labor and housing makes it totally impossible to respect those rules. Now it turns out that companies disregarded safety protocols, and that exploitation and poor living conditions are the two main vectors of infection, and those same migrant workers are pointed as those who brought the virus from outside, or as those that didn’t respect the containment rules, also in their countries of origin. The reality is that poor working and living conditions are what exposes workers, their families and their communities to the infection. Any attempt to describe these situations as exceptional, something that too often even trade unions do, is a way to cover this European reality. And attempts to cover the fact that these workers are migrants, something too often even social movements do, is a way to weaken the possibility to fight against the institutional racism that sustains the present power relations inside society. Migrant workers, whether EU or non-EU, are now paying the price of the epidemic because they normally pay the price of exploitation.

This shows the urgency of strengthening the existing paths of organization for a transnational initiative of all migrants, and on the side of migrants, to claim Europewide freedom of movement against exploitation. It also shows the need to reinforce these paths of organization linking migrant labor from within and from outside the EU with the working and living conditions of all workers. All over the world, racism reveals its institutional and structural character. All over the world shouting that black and migrant lives matter means that we can no longer accept violence and institutional racism, division and fragmentation inside and outside the workplaces. What we need today is not simply solidarity, not even ways to fill the voids left by governments and authorities: we need ways to collectively overturn the present system to accumulate power towards a transnational social strike. In order to do so, activating and furthering processes of autonomous organization and transnational communication is an urgent task.