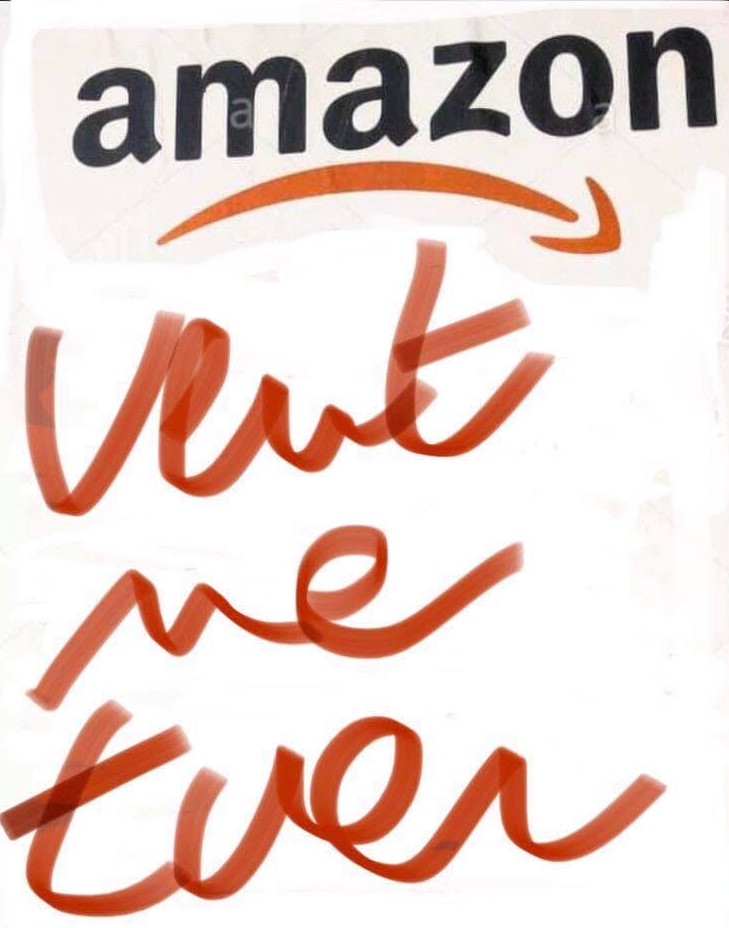 Amazon wants to kill us

To the wave of protests and strikes that have hit Amazon warehouses in the past days, asking to close facilities that, even with positive cases of COVID19, are still functioning as usual, Amazon answered opening more positions to meet the increase of orders, and therefore augmenting the possibility of contact, and offering a raise in wage of 2 $/€ per hour until the end of April. Amazon is aware of the risks to which workers are exposed and calculated that to risk one’s life is worth 2 additional euros per hour. 2 € in Germany and France, that in Poland become 0,61 € net, in Slovakia 1,5 €: because apparently the lives have different prices according to their nationality.

Yesterday Amazon has additionally declared that in Italy and France it will deliver only necessary products. This right before the Italian government declared that all non-necessary enterprises need to close due to the increasing wave of contagions, especially in the most industrialized part of Italy, Lombardy. Amazon has therefore assured to itself the possibility to stay open, in spite of the blatant danger to the safety of its employees. While closing down necessary services the Italian government has also sent a letter to the prefects, saying that no disturbance in the logistics sector that could impend on the flow of necessary goods will be accepted. Therefore, by declaring itself a necessary service Amazon pretends also to knock out any possibility of protest for one’s own safety.

On the same day, Jeff Bezos wrote a letter to Amazon employees thanking them for the services they provide to the community and assuring that he cares about their health. What he didn’t say is that in many warehouses in Italy, though, and even in the region most hit by the pandemic, the only measures adopted are mere signs on the wall saying to keep a distance and specifying that 1 meter is more than enough. Neither gloves nor face masks are being provided. Shifts are not reorganized to avoid possibilities of contagion and the requests to take paid time off are not accepted. With the increase in orders of necessary goods (that include toys, beauty products, “commerce, industry and science” and the products sold by providers that use Amazon as a commercial platform, that is resort to their own delivery services), Amazon is therefore assuring itself an unchanged or increased flow of goods and an unchanged or increased amount of profit.

What Amazon might not have considered is that the outcry across the borders will not stop: Amazon is putting the lives of thousands of people in danger. In France, protests go on in the warehouses of Lille, Saran and Montélimar: under the pressure of the workers, the unions have refused to meet the management knowing it will only try to impose unilateral and insufficient measures. Workers have called for inspections and asked for the complete closure of the plants for patent impossibility to grant for safety. After several positive cases have been detected in Madrid (Spain) workers have denounced to the labor inspector the lack of safety measures and closure is under consideration. Why limiting the sales to necessary products just in France and Italy and not in Spain, the second European country after Italy by number of infections? In the meanwhile, workers throughout the US are denouncing the lack of any security measure in the warehouses. In New York, after a worker was tested positive, Amazon insisted on keeping the facility open and simply sanitize a small part, provoking the workers’ outcry pushing for the immediate closure of the warehouse (read here their petition).

We publish here below the report written by shop stewards of Amazon in Poland telling the outcomes of the meeting they had two days ago with the management. What they say is telling of how Amazon responds to workers demanding that their safety be safeguarded. The shop stewards point out that the only possible solution is the shutdown of all facilities and the payment to all workers of a paid leave equal to their full salaries. No precaution can be enough in this situation. As they state: «we are aware that Amazon workers throughout Europe are facing the same problems and also demanding that the warehouses shutdown». Will Amazon continue to ignore and try to escape this transnational outcry?

On March 20th we took part in a teleconference with Amazon. The company presented to us its proposal of a bonus of 4 złoty before taxes (0.61 € net) for every hour worked between March 15 and April 30. Amazon was not open to negotiating the bonus amount or conditions.

We demanded the immediate shutdown of Amazon warehouses (and that during this shutdown, Amazon pay all workers their full salary), because work inside the warehouses puts us in danger of contracting the virus and spreading it further to society. We already forwarded this demand to government representatives. Amazon refused to talk about shutting down the warehouses in Poland. In this situation, we demanded negotiation of the work conditions inside the warehouses in the coming days. We stressed that health, safety and the lives of workers and their families are our top priority. Amazon refused to talk about workers’ health and safety concerns. The company presented to us its non-negotiable 4 złoty pandemic bonus policy, giving us only an hour for discussion.

For the past week and a half, both unions have been demanding an emergency meeting with Amazon’s decision makers. While thousands of people work every day at the warehouses, commuting from all over the country, managers were not able to meet with shop stewards due to their own concerns of contracting the virus on site.

Amazon is making money on the global health crisis. The company is only focused on continuing its operations and making sure that workers show up, sick or healthy, for 4 złoty more. We realize that online sales are bringing in record profits in this time of crisis, but as workers we also know that these profits will not be going into our pockets.

We wanted to talk with the company about paying out a 15% monthly bonus that would also go to workers who are on sick leave or in quarantine, as all of us need money in these difficult times. We also wanted Amazon to make a financial contribution to support Poland’s public health care system. To all of these demands, Amazon said “no”.

Without restrictive safety measures in place, Amazon warehouses must shutdown until the pandemic is over! Workers and unions must be taken seriously. We demand real negotiations with Amazon’s decision makers, like Marian Sepesi, the company’s regional director for Central Europe. We are aware that Amazon workers throughout Europe are facing the same problems and also demanding that the warehouses shutdown. At the moment, Amazon workers in warehouses in France and Italy have organized wildcat strikes. Together, we will push Amazon’s top decision makers in Luxembourg to protect the health and safety of all workers.

Please report any cases of the virus or of company violations to your union shop stewards: ipamazon@wp.pl and amazon@solidarnosc.wroc.pl.