No safety, no work. Amazon on strike 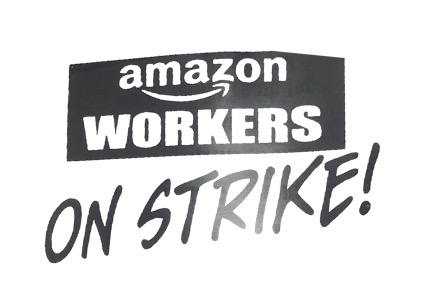 Amazon warehouses throughout Europe are hit by protests due to the refusal of the management to adopt the sanitary measures necessary to stop the spread of the COVID19.

It is clear by now that Amazon is responsible for putting in danger the lives of dozens of thousands people, workers and their families and friends, trying to take advantage of the increase in home deliveries due to the pandemic. The dream of efficiency and success it has been trying to sell for years has turned into the nightmare of an enterprise exploiting this tragic global occurrence.

Workers all over the places are forcing unions to take decisive action. Since yesterday night  in the Amazon warehouse in Castel San Giovanni (Italy) – close to Piacenza, one of the hotbeds of the Italian epidemic – and since today’s afternoon in the Amazon warehouse in Passo Corese (Italy), workers are going on strike because Amazon failed to apply the measures required by the government and unions as a condition to keep plants open. They haven’t done disinfection, they do not provide tools to protect themselves for those who work closer than 1 meter from one another, they do not allow everyone to go on paid sick leave. This despite the fact that one worker was found positive to the virus one week ago. Only after several protests has the management adopted ridiculous and insufficient adjustments such as distancing the chairs in the canteen and putting strips of scotch on the ground to signal the position everyone should hold. Many have requested the reduction of sales, by restricting it to necessary goods, and the reorganization of shifts to limit contacts under the condition that the enterprise provides paid leave for the reduction of working hours. On the contrary, Amazon is increasing exponentially its earnings and has even hired new temp workers in March to face the increase of orders. Drivers working for Amazon describe the situation as equivalent to the one occurring during peak times like Black Friday in terms of the amount of deliveries.

Strikes have been announced also in Turin, for the same refusal by Amazon to adopt even a basic safety package. In Padua drivers have not been given the necessary tools to protect themselves, even though they are more exposed to contagion by moving in different districts. They are themselves in charge of the sanitization of trucks before and after the workday. The same request of reducing workloads, working hours and routes has been advanced with no answer whatsoever.

Tonight, more than one hundred workers have walked out of the warehouse in Lille (France) due to the lack of security measures. They denounced that their request of paid leave to safeguard their own safety has been rejected by the management, while Amazon is trying to hire more and more temp workers to meet the increase of orders, putting the safety of all even more in danger. The warehouses of Montélimar, Chalon e Douai are on strike since this morning. In Madrid, after two people have tested positive to COVID19, the management is still pushing to make everything go on as usual, after a sanitization of just some areas of the warehouse.

In the US, a petition has been launched to force Amazon to adopt the necessary measures and to provide paid leave for all workers. Instead of meeting these demands, Amazon is hiring 100.000 new employees to respond to the peaks of orders due to the impending quarantine, enticing them with a miserable increase in salary by 2$/hour. The petition has been translated and is now circulating in Europe and has collected more than 800 signatures of Polish Amazon workers overnight. This shows that there is the possibility to join forces across borders to compel Amazon to meet workers’ demands, following the lead of the transnational organization of Amazon workers taking place in the last years whose voices have been collected in the Transnational Social Strike journal “Strike the Giant”.

While on the level of the single warehouses Amazon might presume to be able to neglect the demands, what will Amazon do when workers will globally walk out refusing to be complicit with its rapacious behavior? These mobilizations show that it is possible, everywhere, to go on strike for one’s own safety and health. Let’s throw a transnational force against Amazon, let’s strike the giant! 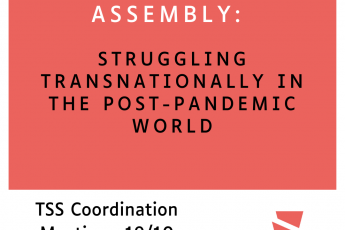 Report of the TSS Assembly: Struggling Transnationally in the Post-Pandemic World 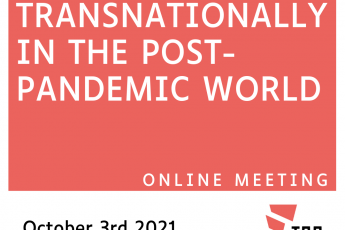 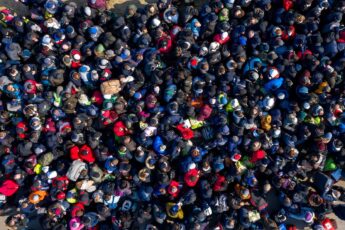