Final Declaration of the Transnational Meeting of Amazon Workers in Leipzig // September 27–29, 2019 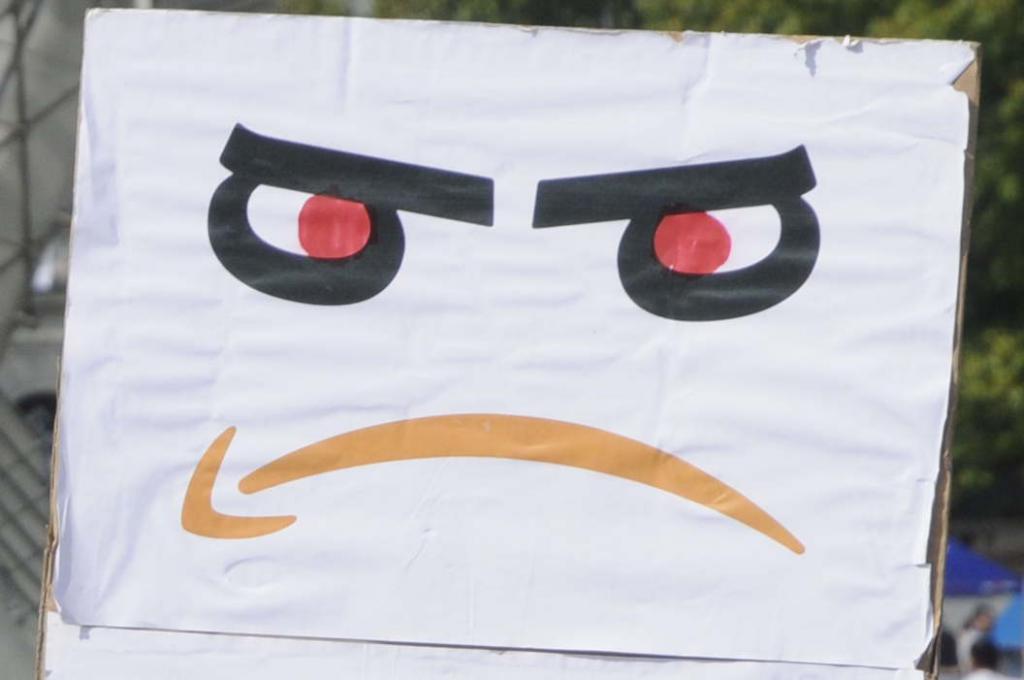 From 27th to 29th September, nearly 40 Amazon workers and supporters from Europe and the USA met in Leipzig, at Conne Island. It was the ninth meeting of the „Amazing Workers“.

As a prelude, on Friday afternoon we visited a rally of striking Amazon colleagues in front of the Fulfillment Center in Leipzig. Some colleagues had waited the whole night in front of this location as the strike night watch. In speeches and discussions we underlined that we can only win the fight for better working conditions across borders and in solidarity.

On Saturday, a rally was held in front of the local office of the temporary employment agency Adecco in Leipzig’s city centre under the motto ‘Abolish agency work and temporary contracts – overcome divisions!’. Across the globe, companies like Adecco support through their ‘services’ the systematic denial of workers’ stability and well-being.

The labor dispute at Amazon reveals weaknesses in the prevailing policies of the European and North American trade union movements: although the nation-state borders for transnational corporations are becoming less important due to the abolition of nation-state regulations and free trade agreements, the workers are organizing themselves only nationally. Amazon stores and ships most of the goods for the German market from neighbouring countries such as Poland, the Czech Republic and Slovakia. This is made possible by the European customs union. Across the border, wages are lower, working conditions worse and the right to strike more restricted. If German workers go on strike, their colleagues from Poland, the Czech Republic and Slovakia will be turned into strikebreakers. The nationally organised trade union cannot do anything about it.

Our vision is different: we want to strike together for common demands. Despite all of our differences, we are united by the fact that we are facing a common employer. We do not unite out of idealism, but because we think that only when united do we have a chance to effectively assert our interests against Amazon. We see ourselves not as a new union, but as workers from different unions with different orientations and traditions. Rather, we see ourselves as a complement to national trade union organisations. Since trade union leaders today are not in a position to take this necessary step towards the transnationalisation of working struggles, we have to challenge them as members from the grassroots. We only have one life and we cannot wait! We hope for the solidarity and support of our local and national trade unions.

We have appointed a committee of eight with workers and supporters from different countries. Their task is, on the one hand, to temporarily take over organisational tasks such as public relations, and on the other hand, to submit a proposal for the establishment of an organisation and strategy before the next meeting. The next meeting is scheduled for early March 2020 in Madrid. Organize yourselves in your Fulfillment Center, come to the meeting in Madrid and let us grow in numbers! Only together can we improve our working conditions!