Strike the borders, fight neoliberalism! Final statement after the TSS Meeting in Ljubljana 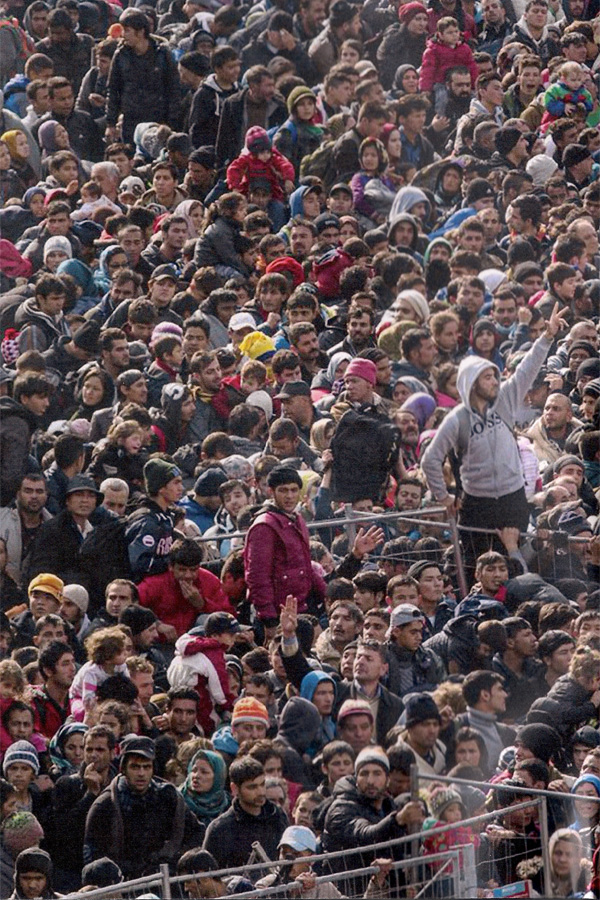 As TSS platform we consolidated in the previous two years a method and a vision: the method consists of placing the tenets of our transnational initiative from within the movements of migrants, precarious and industrial workers, men and women, who are challenging the neoliberal constitution of Europe, by striking and refusing the conditions of their exploitation and oppression. The transnational social strike is for us the name of this real movement of insubordination, which overcomes organized structures and national borders and which is now confronting neoliberalism in its material pillars. For a while, neoliberalism seemed to have put out of play the possibility to radically contest subordination and the use of the strike as a political weapon, by means of extreme precarisation, of fragmentation, of the exploitation of migrant labour. This time is over and we need to be up to the new state of things. The vision is that of strategically setting our initiative on a transnational scale, by triggering organization processes across the borders and building a common discourse that is able, on the one hand, to counteract the neoliberal narrative of isolation and lack of alternatives and, on the other, to point at common fields of struggle and political initiative.

This method and this vision brought us to the Balkans: almost one hundred people participated in the meeting that took place in May 2017 in Ljubljana, Slovenia. Collectives, grass-root unions and individuals from France, Germany, UK, Sweden, Italy, Macedonia, Croatia, Serbia, Slovenia, Greece, Bulgaria and Hungary addressed together the connections between the mass movements of migrants, severing conditions of labor in different sectors and ongoing political reorganisation of the European space taking place most visibly in the Balkans.

During the discussions that animated the meeting, many refugees and groups active along the so-called Balkan Route since 2015 described the overall increase in illegal practices and abuses on the skins of incoming migrants, which followed the formal closure of the Balkan corridor. Push-backs, detentions, arbitrary administrative practices are putting in danger the lives and the possibility to access a decent life of hundred thousand people. Nonetheless, starting from the commonalities we ascertained between our local experiences – from Sweden to Italy, from UK to Serbia, from Greece to Germany – we underlined the need to address this situation outside the logic of emergency. The Balkan region shows us the intrinsic connection between the violent management of migration and the precarisation of labour and life, which is a common trend throughout the European space. Against this backdrop, the Balkans emerged neither as a periphery, nor as an exception. They rather stand right at the centre of Europe. While being the site of a relentless movement of migrants, they have been the laboratory of neoliberal reforms later on implemented in other European countries, as well as for massive protests against them. The so-called migrants’ and refugees’ crisis brings to the surface the systematic violence which characterises the present of this Europe.

During the meeting we worked together to assess what it takes to set our common initiative on the level of these material strands connecting the Balkans with the whole European space and back. We recognised first of all that migrants’ movements are challenging through and through the stability of neoliberal Europe as a whole. Migrants are putting Europe into crisis and we need to act transnationally in order to deepen this crisis. They are relentlessly pushing forward, no matter how hard the institutions are trying to stop them. Migrants are striking the borders, forcing the States to act on the edge of illegality, which means that out-law spaces and un-regulated conditions where violence can be arbitrarily exercised are created in order to stop their ungovernable movement. The EU and its States are compelled through the migrants’ strike of the border to show their authoritarian face. By striking with their feet, they materialise a new meaning of the strike as a refusal of command and subordination, that goes well beyond industrial actions and the singular workplace.

Moreover, it emerged clearly the fact that the violence exercised on migrants is nothing but the crudest expression of the increasing violence in social relationships, according to which anyone is left to care just about him or herself, provided that he or she is available just in time to produce profits for others at any condition. The actual European government of mobility has then two interrelated faces: the restriction of the possibility to access legal status for newly arrived migrants goes hand in hand with the fact that many other migrants who have been in Europe longer, see their residence permit becoming more temporary and precarious. This situation is one of the driving forces of precarisation of labour and life: with no, or precarious documents, migrants are under the blackmail of the employers and forced to be available to any work and wage condition, often with no access to welfare benefits. The link between new frameworks for regulating the access of asylum seekers and refugees and the labour market and the general imperative of employability for all, migrants and non-migrants, call for new forms of organisation and new claims.

To begin with, in front of this situation it is not enough to complain about this or that legal infringement. Only a European residence permit without conditions would sustain the daily struggle of the people who are anyhow crossing the borders and moving around Europe against violence, the blackmail of traffickers and employers, the racism of the institutions and the police officers. Any other measure, making distinctions between those who have and those who have not the right to enter, between safe and unsafe countries, between refugees and economic migrants should be refused as insufficient and complicit with the current authoritarian turn.

Besides, our aim is to build stable bridges between the fights to gain documents and the permit to stay, and those on wages and welfare benefits that are crucial for all precarious workers. Freedom of movement, wage and welfare represent the points of impact towards which to connect and gather different energies which are circulating in the European space. The claims we can collectively advance on these terrains, such as a European residence permit, a European minimum wage, a European welfare, should not be understood as attempts to fix the fault lines of the system. Our aim is to deepen Europe’s crisis by acting on the same scale of our enemies. These claims should have two functions: first they point at the material terrains of the conflict between those who govern and command and those who refuse to obey. Second, they point at the fact that we will not be content with any solution which is less than European, against the deceptive tendency to concede the crumbs to pacifying conflicts locally.

Moreover, we discussed at length the experiences and experiments we took part in, in the last months, that did build political bridges among these fields of struggle: from the struggle against the loi travail in France, to the migrants’ strike in the UK, to the global women’s strike which took place on March 8th all over the world and which was able to address the interlacement of violence, exploitation and oppression which is specific to neoliberalism. By refusing through the strike to play «their» part any longer, women showed how the strike can be transnational and social, that is a global mass practice to overturn the present. In addition, in the framework of the discussion around the logistic transformation of production and labor relationships, we recognised a valuable attempt to build bridges between different terrains of struggle against neoliberalism in the organisation of the anti-G20 mobilizations in Hamburg. The suggestions to block the port and strike the metropolis point for us to the need to connect the opposition to the political agenda of governments with the blocking of logistics, capital flow and wealth. This need goes beyond a single event like a G20 and opens new political questions to rethink organization and mobilisation.

From here on we stated that we need both to further enlarge and to deepen the TSS platform as a political infrastructure, by expanding our knowledge and intervention capacities in new places and situations. Also with this aim, after diving in several crucial spots around Europe, we mean to make a stop where we started, that is Germany, bringing this discussion to Berlin in the next months. We have further questions to discuss and develop: how can we address today the connection between the institutional framework of Europe and the material processes we dived into in these two years? How to give strength and visibility to the current transnational circulation of the strike? How to strike against neoliberalism in all its facets?