Becoming Critical: Deliveroo Struggles in the UK Spread and Develop 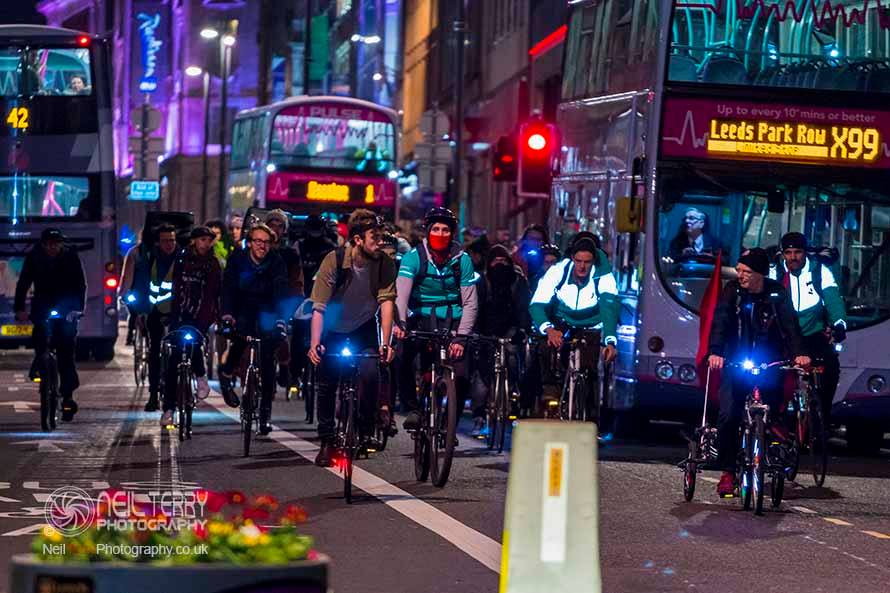 Conflict Corner this week gives space to new forms of struggles arising in the UK from the cooperation of Deliveroo couriers with social movements and supporters. The Rebel Roo bullettin project, led by Plan C, actively contributed to this cooperation that is empowering self-organized labour struggles and fostering their expansion.Thefollowing reports from Leeds and Brighton show the potentialities of new tactics and modes of organisation, new strategic use of  trade union’s instruments and the effectiveness of the strike as a political weapon against precarization. It is effective insofar as it has been able to involve workers from different sectors, to create the conditions of a strong social support and pt to link the various struggles, through different cities and workplaces. The workers taking part in these actions are also re-politicizing social demonstrations as the critical mass, starting from their very condition of riders on strike. Therefore, they are imposing labour as a crucial field of struggles that involves and effects the whole society, as well as the organization of the urban space, highlighting the social dimension of the strike. These forms of struggle are finally showing the political importance of a transnational social strike, since only by crossing the national borders it will be possible to give strength and enlarge these processes of organisation, tackling the global chains of exploitation.

In February we introduced Rebel Roo, an initiative led by Plan C in the UK to support the self-organisation of Deliveroo couriers. This initiative has started to bear fruit. The isolated struggles in London in the summer of 2016 have spread around the UK in the spring of 2017.

Now, two new conflicts are leading the way in Leeds and Brighton. In their fusion of labour movement and social movement tactics and modes of organisation they indicate the potential for a further extension of conflict with Deliveroo.

The major point of tactical convergence between the two is the critical mass demonstration/strike. In its classical version, the critical mass was a demonstration linked to the right to the city. It rose to prominence in the UK during the alter-globalisation movement, and then largely subsided in the period after.

Now, we are seeing revitalisation of this tactic in combination with the strike. Deliveroo riders are, en masse, leading mobile demonstrations around the city. The participants are a combination of couriers and social movement supporters, and the leverage of the tactic comes both from the withdrawal of labour of the trade union and the mobile blockade/parade of the social movement. All the old dynamics of the critical mass remain at play alongside a new, critical question of labour.

What follows are two edited reports from the local struggles, focusing on demands and the patterns of the campaign so far. They are drawn in part from Rebel Roo 5.

Riders in Leeds having been getting more and more pissed off. Working for Deliveroo was relatively well paid six months ago, and offered good hours and helpful management. But now, riders in Leeds face lower average pay, regular cuts to hours and an exploitative, uncommunicative management. In December, rumours that Leeds would be moving from an hourly rate to a pay per drop system was the straw that broke the ’roo’s back. Riders began to organise amongst themselves and then approached the Industrial Workers of the World (IWW) for advice and support. Since then union membership amongst Leeds riders has grown to about 30 people.

However, in late January managers gained access to the riders’ WhatsApp group and within days reacted by launching a campaign of victimisation. The main organisers had their fixed hours slashed, two activists’ contracts were terminated and five riders were left without the security of fixed hours that they had relied upon before to make a living. Before any direct action even started, management showed that they were ready to play dirty to try and undermine the union.

But Deliveroo riders didn’t just sit back and accept this crap. Immediately, we started preparing a series of actions in solidarity with targeted riders, including calls for improved working conditions, with a plan of escalation if they were not met.

As in other cities, the continued hiring of new riders has compounded our insecurity in Leeds. Overstaffing has led to a reduction in the average pay per hour, and less available hours. Yet management have tried to prevent us from dealing with this insecurity by working for rival firms.

Unbelievably, one senior rider in Leeds was told that if he ever worked for a competitor he would be fired and could «never work for Deliveroo again». Quite ironic since Deliveroo always claim we are self-employed! The thing is, when they make threats like that we know that they might just do it: riders have had their contracts terminated without a legitimate reason and without warning in the past. This eventually led to the manager in question getting sacked for his inability to handle the union.

Friday 10th March saw a critical moment in the development of the struggle. An evening critical mass was called by the IWW. It saw 100 plus people, from both Deliveroo and supporting social and labour movements, come together to attack the exploitation of the riders.The critical mass made a point of disrupting the train station to extend solidarity to the unionised railway workers, who are currently in a series of disputes with train operators and taking part in ongoing strike action.

The demonstration/strike hybrid saw immediate results. Several of the victimised riders received significant increases in hours immediately afterwards. This has proved to us that with continued pressure on the company, and solidarity from all those opposed to exploitative and precarious working conditions, we can win this fight.

The IWW summed it up: «This is a feeling spreading amongst the Deliveroo fleet in Leeds – a great number of Deliveroo workers asked for membership forms on Friday night, and even more spoke of their surprise and pleasure at the events success. We are growing and we are winning»!

In late January we had our first union meeting in Brighton. Pay had suddenly got worse because the number of orders had dropped and more and more people had been recruited. We were pissed off, and started the process of getting organised. Soon after on Saturday 4th February the riders pushed for a spontaneous two-hour strike over low pay and a lack of orders. We later found out just how effective the strike was: restaurants reported up to 50% drop in orders.

A strike assembly met and voted to unionise with the Independent Workers of Great Britain union (IWGB) and make three demands to management:

A few days later we sent Deliveroo a formal letter giving them two weeks to respond. They gave into one demand pretty much straight away, and froze their deliberate over-recruitment drive in our zone. But the deadline passed without them budging on the pay demand. We followed up with a critical mass demonstration and a second is planned for the near future. Brighton already has the highest pay per drop rate in the UK, so victory on this demand would set the tone for a national attempt to gain a pay rise across the various pay structures used in different cities in the UK.