WORKSHOP N. 3: LOGISTICS AND THE PERSPECTIVE OF A TRANSNATIONAL SOCIAL STRIKE 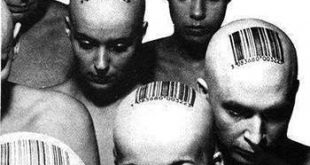 Logistics is not only transport and distribution: it has changed the way in which production and labour are organized and distributed across different places, regions and states. Thanks to hyper connectivity, the management of mobility and the capacity to coordinate time and space with the large use of software and apps, the effect of the logistical organization of labour is that of breaking the classical working day into measurable tasks. Thanks to logistics, the pressure over the labour force takes different forms and speeds, adjusted following the needs of the companies. Inside the logistics industry itself there are very different working conditions: from the large warehouse to the single pony express, from a collective contract to individualized task-work. This complex dynamic requires new tools of analysis and new forms of organization in order to be effective and bring our capacity beyond the single controversy.

Together with a deeper and pervasive exploitation of the labor force logistics has also been the place of an innovation in the labour struggles over the recent years, like the migrants workers involved in multiple strikes in Italy, or the Deliveroo, Ubereat and Foodora’s delivery struggles. The logistics industry is in fact a portion of a larger reorganization of labor that connects different places, and conditions, such as that of being a migrant workers or not, a male or a woman. A big question in front of us is how far a power that can be gained at the level of a single issue or industry, can be deployed to gain results against the political conditions of exploitation. The challenge to fight across borders is one of the main one, albeit not the only one. The ongoing attempt made by Amazon workers to organize jointly between the workers employed in Poland, Germany and France is an example of how the interconnections of production require new strategies of struggle. As we saw in the last months in France joint strikes in transports or transportation services such as the post sector have been one of the pillars of the movement against the loi travail and its world. At the same time, experiences such as Deliveroo are an example of how the logistics sector itself is criss-crossed by different forms of organization of labor, where software and apps are becoming new tools to command the labor force. We need then to learn from the recent strikes conducted by Deliveroo workers in places such as the UK, in order to understand how to confront the seemingly immaterial power of algorithms.

A space that allows this discussion to bring together experiences from different countries, on the one hand, and to see beyond the borders of unionism, on the other hand, is very much needed. Workers in the logistics sector are subdued to a specific organization of production that, at the same, increases the pressure and control over their performances and sometimes gives them a relatively higher leverage if confronted with other sectors where precarisation has left small room for collective organization and to hit the profits. Nevertheless, the idea that it’s all about blocking the flows is limited, as companies and supply chain are able to bypass the single chokepoints redirecting their networks to other sites. How to organize inside the logistics sector, and how to use this particular leverage as part of a larger strategy, is one of the question that will be discussed during the Transnational Social Strike meeting organized in Paris the 21-22-23 of October.

Given the fact that logistics is not just an industry, but also a form of reorganization of labor and production, it must be understood in all its implications in order for a strike to be also “logistic”. What was before organized around single places is now stretched along regional and global chains of mobility. What was before a relatively homogeneous labor force is now a matrix of different conditions. How to fight back in a way that can connect and intervene at this scale is an open challenge, but a crucial one for a project such as the Transnational Social Strike, which aim is to overcome the national divisions, and to politicize labor struggle in order to damage the pillars on which this unequal and unjust society is grounded. In order for a strike to be “logistic”, we need to think together how to link the classical interventions inside the work places with a variegated strategy of coordination, actions and blocks on time and to the point. How do we confront the fact that logistics workers are employed across Europe, but are paid differently depending on national divisions? How do we understand the cuts in social benefits as part of the different conditions under which workers live in reason of their nationality, gender or contract, even when employed by the same company? How do we connect the role of mobility and the attempt to govern it by restricting the freedom of migrants? How can a transnational social strike be also “logistic”?