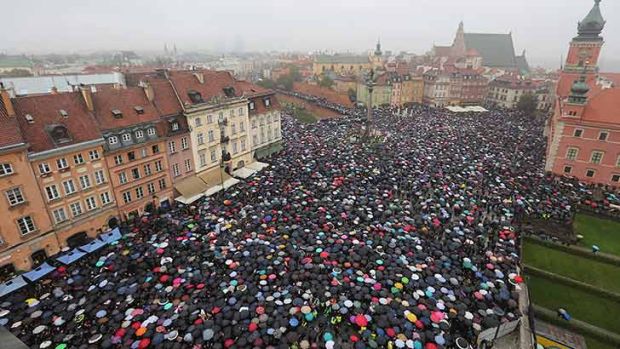 Since the crisis began, the idea of a Europe of rights and freedom has vanished, even when used as cheap propaganda. The austerity measures, the Greek crisis, the tensions between Europe and its member states, the particularly harsh relationship towardsnewly arrived migrants, the process that led to “Brexit” in the UK and the increasing nationalism of Eastern European countries show the extent of the crisis of the EU. Nonetheless, besides the political weakness of Europe, there are strong common tendencies — the Neo-Liberal attack on the labor force, attacks on living conditions and on freedom of movement — that are carried on by the Left and Right alike, for the benefit of capital. Faced with this it would be deceptive to think that the retreat to the national level can be a way to fight against this Europe or even against nationalism and right wing populism. Europe is the space of our common oppression, but Europe is also the space where we find our allies and comrades to fight back, such as the migrants, precarious and industrial workers that challenge the Neo-Liberal order of Europe and its borders. Our urgent problem is how to consolidate a transnational movement that addresses not only this or that government, not only the EU as an institutional asset that needs to be democratised, but the very basis of the Neo-Liberal constitution of Europe, made of capital movements and of State policies. What are the pillars of this Neo-Liberal Europe we need to address and confront? What are the strategies and approaches we need to assume?

The strike has been at the centre of the most powerful counter-attacks against the Neo-Liberal constitution of Europe: the joint strikes of migrants in the logistic sectors in Italy, the 2015 wave of strikes in Germany, the Junior Doctors strikes in the UK, the massive social strike which took place in France and the recent strike of Polish women against the abortion ban are clear examples of this. Each of these strikes challenged to some extent the traditional borders of strike action, but remained mainly isolated. The task of the Transnational Social Strike Platform is to find ways to make each strike become the moment of a wider process of communication among different fragments of the by now thoroughly precarious and mobile working class. Our problem is how to let each strike developstrong connections in society and across borders, going beyond the single controversy and addressing both the wider political conditions of exploitation and the transnational connection of each work place with many others. What are the social and transnational elements of existing strikes we need to rely on? How do we combine the strikes as localised events of insubordination and the strike as a process of organisation able to overcome the fragmentation produced by precarity and by the transnational character of social production and reproduction?

The challenge that we are faced with is how we can take a step forward as the political articulation of the field of struggle opens up by the wave of strikes and insubordination criss-crossing the European space. This challenge seems to have two sides. We first of all need to discuss methods and tactics that allow us to make our local contexts of struggle into the «hubs» for transnational connections. Second we need to intervene where and when the European Neo-Liberal constitution is challenged by insubordinate labor, offering to isolated struggles and to anyone seeking to make their voice heard the infrastructure of a wider connection on the transnational level and of a common discourse that is able to give solidity to this connection. For both of these tasks, the question is how can we articulate and embrace common European claims (for example: European minimum wage, European welfare, European residence permit) that allow us in the first instance to counter isolation, making the transnational dimension heard in each local struggle and, secondly, to oppose Neo-liberal Europe with our own program of insubordination, intervening directly on the material points of collision with capital. How can we build a common voice and find common terms that can be used and recognised by everyone: migrants, precarious and industrial workers, that can increase the power of their own insubordination to Capital?