15M: Let’s Cross our Struggles, to Block Each Loi Travail! 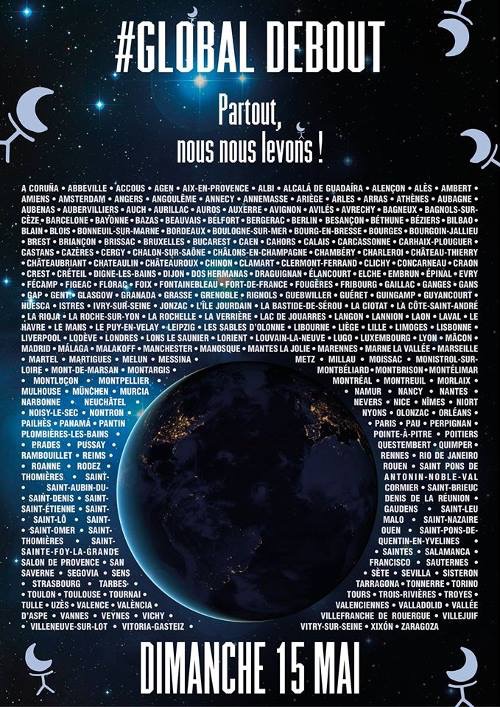 In the recent months we have participated in the strikes that have shaken France. Mobilizations against the ‘Loi Travail’, a neoliberal reform that wants: to increase the working hours, to liberalize dismissals and to reduce wages. This reform is similar to those that already destroyed the labor law in Southern Europe, from Greece to Spain, passing through the Italian Jobs Act. And it is even similar to those reforms which, in the early 2000 in Schröder’s Germany, have imposed a second labor market made of precarityand poor wages.

The destruction of the European social model does not stop and it has arrived in France. If the attack is launched by the European technocracies, the resistance must be transnational as well.

So, the extraordinary struggle that is taking place in France, that these days is facing the authoritarianism of Valls’ government, shall overcome national boundaries and become a common struggle against precarity, under-employment and exploitation.

For this the Transnational Social Strike Platform supports and invites to liven up the squares of 15th May #GlobalDebout. It will be a great opportunity to sustain the French mobilisations, but also and above all to connect struggles, to re-launch the challenge of a transnational social strike and create the conditions for precarious workers, migrants and industry workers to speak up together; and to ask for a European minimum wage, a European welfare and basic income and a resident permit without conditions for migrants all around Europe.