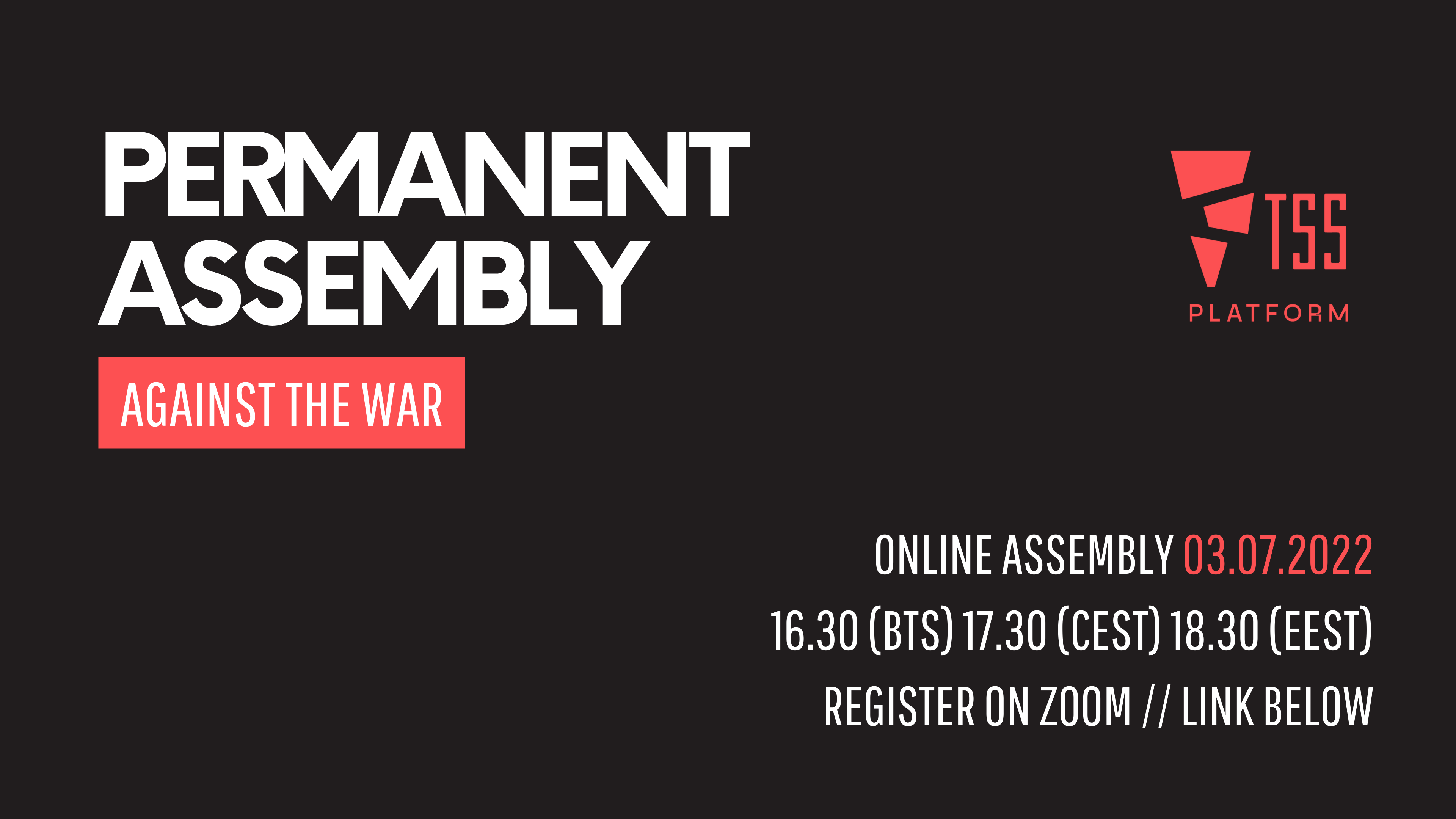 Since March 20th, the Permanent Assembly Against the War has been established as a political infrastructure for collective discussion among those who refuse to consider the war as a normal side-effect of geopolitical clash of powers. The aim of the Assembly has been that of building a space to imagine and practice a transnational response to the politics of war that has detonated after the Russian invasion of Ukraine on the 24th of February. Within the Permanent Assembly we tried to figure out the contours of a transnational politics of peace as a practice of struggle.We now invite everyone to join our next meeting of the Permanent Assembly on July 3rd at 18.30 EEST/17.30 CEST/16.30 GMT to continue the process started in March.

The meeting will be the moment where to discuss the launch of a Manifesto for a Transnational Politics of Peace as a tool against the war-like normality, while we continue to stand together with all those struggling to survive and against rapes and destruction, in Ukraine, with those fleeing from the country, with all refugees and migrants on the move, with women, workers, LGBTQI people, migrants who are paying the higher price of the war in terms of impoverishment, strengthening of racist and sexist hierarchies, patriarchal violence and exploitation. The meeting on July 3rd will be a moment to discuss together strategic perspectives and to focus on the current crisis in social reproduction that the war is accelerating.

We will take stock of of the experiences fo struggle developed in the last years and, last but not least, we will announce the provisional program of the transnational meeting organized by Transnational Social Strike and the Bulgarian collective LevFem in Sofia, 8th-11th of September 2022. The meeting in Sofia will be an important opportunity to connect transnationally struggles for peace, against patriarchy racism and exploitation, linking local groups, activists, workers, women, migrants and LGBTQI people and transnational networks as EAST and TMC.

The meeting in Sofia will host the very first physical gathering of the Permanent Assembly against the War, a crucial moment where to set the ground for wider political initiatives for a transnational politics of peace.Read the outline of the program for the transnational meeting in Sofia and register for the event here: